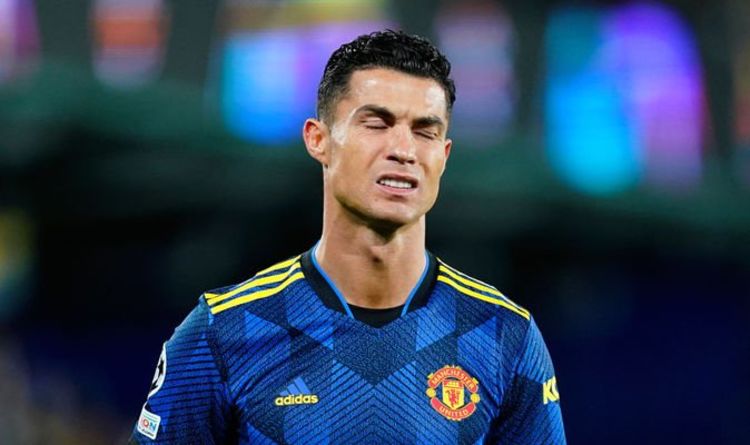 Rangnick insists Man Utd players are adapting to his methodsx

Cristiano Ronaldo is reportedly ‘baffled’ by his Manchester United team-mates and has even gone as far as privately complaining about some Red Devils stars. The veteran has enjoyed an excellent personal campaign but has at times been let down by his colleagues.

Ronaldo has scored 14 goals during his first season back at Old Trafford. The 36-year-old completed a remarkable return to United in the summer and has been one of the club’s best performers this term.

His goals have dragged the 20-times English champions into the Champions League knockout rounds and ensures they still have a chance of finishing in the Premier League’s top four despite their poor form.

The Norwegian’s replacement, Ralf Rangnick, has been appointed on a deal until the end of the campaign.

But the former RB Leipzig tactician has already faced obstacles and has failed to improve performances.

And Rangnick may now have another problem after learning that star player Ronaldo is reportedly frustrated by some of his team-mates.

According to the Daily Mail, Ronaldo is one of few players who spends time in the gym after training sessions. The legendary forward is has grown ‘baffled’ that more of his team-mates do not join him and has even complained to club staff about the situation.

Ronaldo is known to demand high standards of those around him, which is the kind of mentality that has ensured a glittering trophy-laden career.

It has also been reported that Ronaldo might choose to leave depending on who is handed the permanent head coach role.

According to the Daily Star, Ronaldo – who is not quite suited to the energetic, high-pressing style of interim boss Rangnick – could depart if the German is given the job ahead of next season.

Ronaldo conducted a revealing interview with ESPN this week, in which he appeared to take a few subtle digs at the ‘mentality’ of his team-mates.

“I say we have a long way to improve because, for me, the most important thing is the mentality. To look at yourself and say, ‘I can do better’,” he said.

“For you to be professional, help the team, the right mentality, self-taught and positive. All these details depend on you, not the coaches, the fans or the press. If you are proud of yourself and you have dignity, you have to do it much more.”

He added: “If I give you advice, even if you are younger than me, if you don’t implant that during your daily life, it will be difficult.

“I will be the No 1 to help. But if you don’t want my help, do your job, look for yourself, do your best to help the team.

“I can speak all day with that person but if it’s not coming from inside of you, it’s impossible. When I was 18, 19, 20, some older players spoke with me, but I put that as, ‘Cristiano, you have to improve’.”