‘He’s asked for three years and to have hands free for transfers’: Antonio Conte has demanded too much control to be given Real Madrid job, claims former chief Ramon Calderon

Antonio Conte has effectively made himself unemployable to Real Madrid after demanding too much control to take over, former club president Ramon Calderon has claimed.

The Italian has been heavily linked to the post vacated by Julen Lopetegui following Madrid’s embarrassing 5-1 defeat against fierce rivals Barcelona over the weekend.

B-team coach Santiago Solari has taken over on a temporary basis as the club searches for a permanent replacement, but Conte appears to have sabotaged his own chances of getting the job after laying down a list of stipulations. 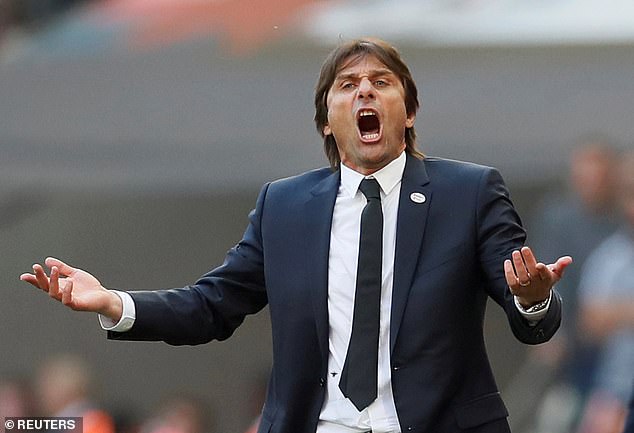 Antonio Conte has demanded too much control to be given Real Marid job, says ex-club chief

‘He’s asked for three years and to come in with five people and have hands free for signings and transfers,’ Calderon told BBC Radio 5 live’s Football Daily Euro Leagues Show.

‘But that’s something the president [Florentino Perez] isn’t willing to accept.’

Conte failed to wrest control over signings from the Chelsea board last season and regularly criticised their recruitment policy leading up to his acrimonious departure.

Calderon, who was president of Real for a three-year period between 2006 and 2009, also questioned if the former Blues boss would be the right fit for the job. The Spaniard cited Conte’s pragmatic style as the main reason for opposing his appointment despite the Italian boasting a proven track record at Juventus and Chelsea.

He added: ‘I don’t think Antonio Conte will be the coach the Bernabeu is expecting. He’s like Jose Mourinho – a defensive coach with normally three centre-backs playing counter-attacking football.

‘That’s not what Real Madrid expect to see. The president tried this before with Mourinho. They didn’t win the Champions League and he left the club in a bad situation.’

Sportsmail understands that several key figures within Madrid’s dressing room were also averse to appointing Conte which prompted the club’s hierarchy to take a U-turn on that plan. 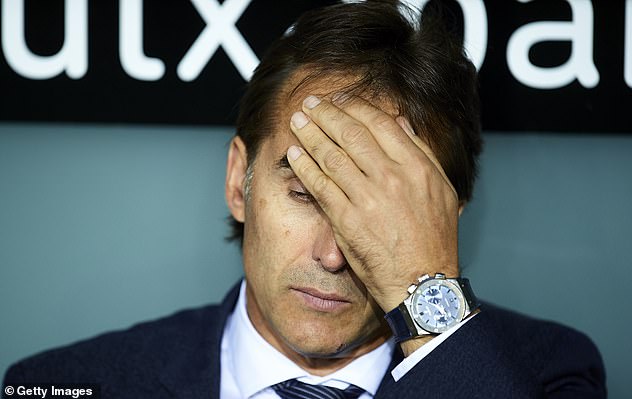 Real are looking for a new boss after sacking Julen Lopetegui, who held the job for five months

Roberto Martinez has emerged as the shock leading candidate to become the new manager after Real were forced to switch targets.

Madrid have not yet made a formal approach to Martinez’s long-term advisor Chris Farnell nor have they been in contact with the Belgian FA to speak about releasing the 45-year-old from his contract, which runs until after Euro 2020.

Solari, who won his first game in charge of the team on Wednesday night in the Copa del Rey against Melilla, will take the team forward while the details can be ironed out.

Real currently sit in ninth position in La Liga, having made their worst start to a season since 2008-09 and face Real Valladolid next on Saturday. 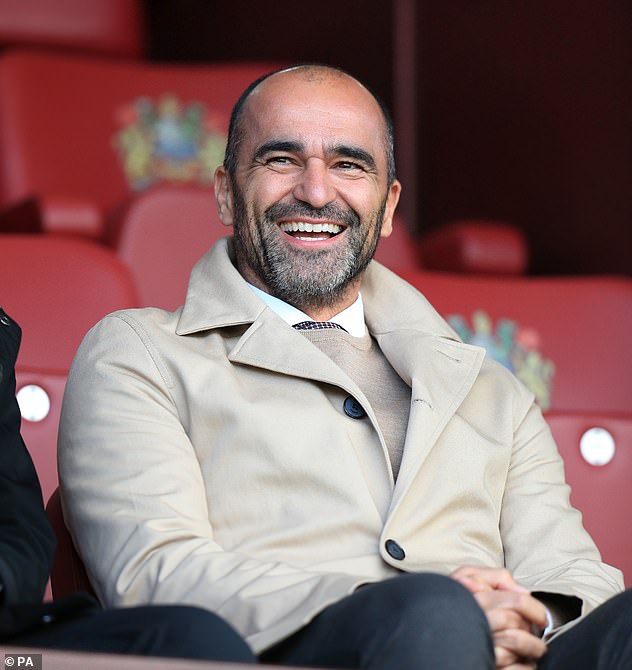