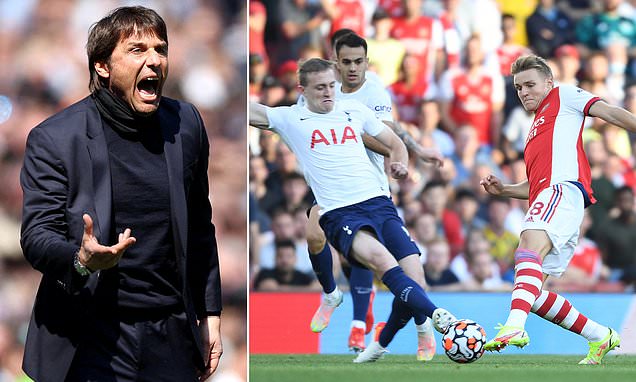 Antonio Conte says Tottenham were unfairly treated by the Premier League’s mid-season Covid postponements and have come out worst in the rescheduling of this week’s North London derby.

Arsenal were granted a request to postpone the original game in January when one or two Covid cases hit Mikel Arteta’s squad at a time when he was short of players due to injuries and the Africa Cup of Nations.

Spurs were furious because they had been forced to forfeit their decisive Europa Conference League tie against Rennes when unable to field a team because of Covid. UEFA awarded a 3-0 win to Rennes and Conte’s team were eliminated from the competition. 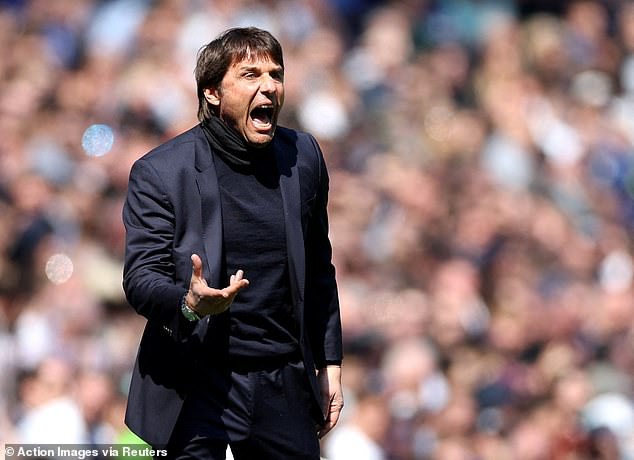 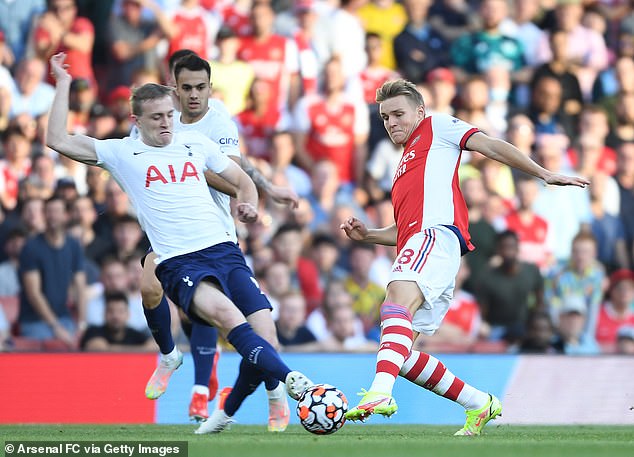 The derby against Arsenal will be played on Thursday, leaving Tottenham with little time to prepare for the next game, against Burnley at midday on Sunday.

‘To speak now about what happened in the past is not useful,’ said Conte. ‘For sure, it was very strange that our game was postponed for Covid and Arsenal didn’t have one player with Covid.

‘We lost a game 3-0 [to Rennes] because the Premier League didn’t want to move our game when we had nine or 10 players with Covid. At that time, it was unfair what happened.

‘But now this is the past and we have to be focused on the present and try to get the best result. I think this could be a good chance for us to get three points against their whole team because if we played in January they were without many players because they were committed at the African Cup and injuries. 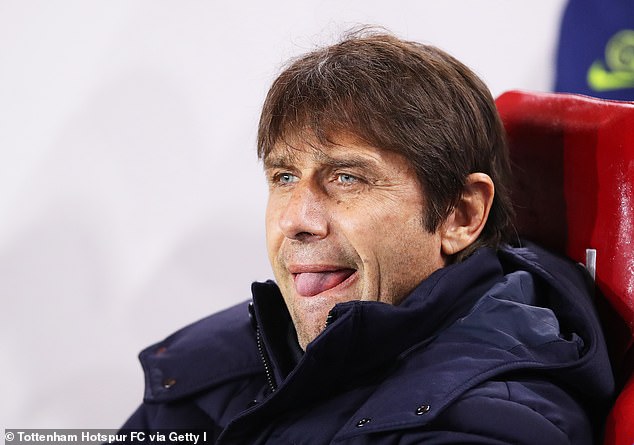 ‘Football is wonderful and in this type of game it’s right to play with two teams and all the players available.’

Conte admits his Spurs team are better than they were in January, that they are ‘more organised’ and ‘stronger’ with more ‘football knowledge’, but he feels his own club should have paid greater attention to the rescheduled fixture.

‘If I complain about it, I’m like other coaches in the past,’ the Italian laughed. ‘You remember when Arteta complained about this type of situation and I said coaches shouldn’t complain. Now could be my turn to complain because to play on Thursday night and then again the first game (on Sunday), you could play on Sunday and wait and give us the last game and a bit more rest.

‘It’s difficult sometimes to accept Premier League decisions, but if the club accepted it I have to. A top club have to pay attention to the fixtures. Before the game you don’t think this situation can cause you this type of trouble, but afterwards you realise it could affect the result and you are angry and it’s too late.

‘You need to be angry before. The club has to pay more attention. If you want to win you have to take care about all the details because the details move the final result.’