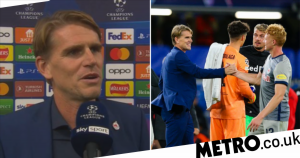 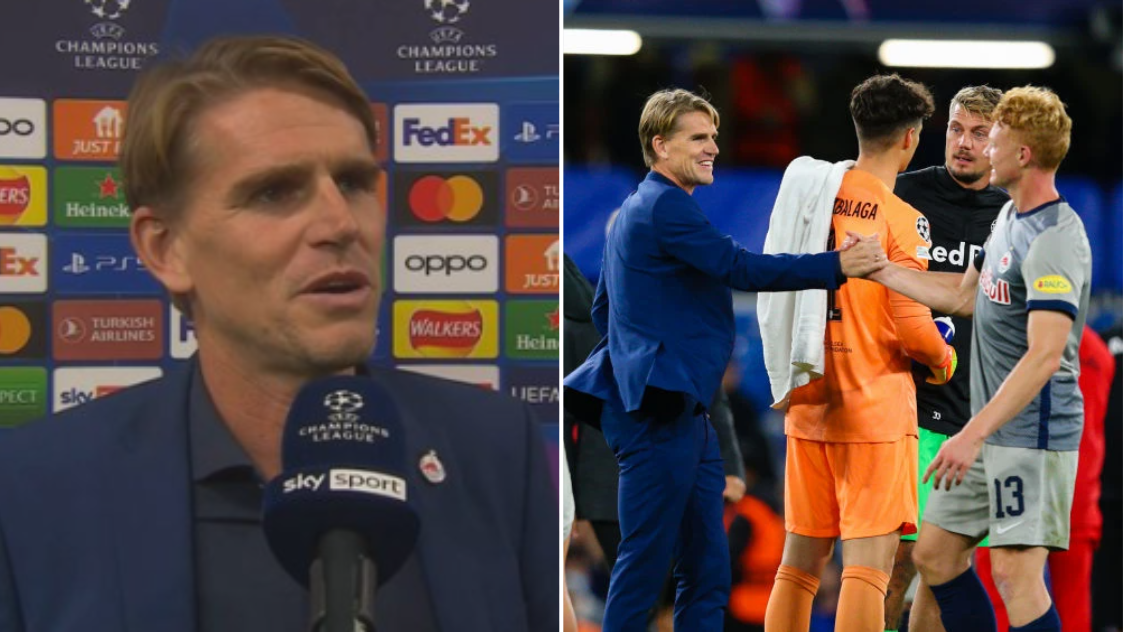 RB Salzburg chief Christoph Freund has not closed the door to a potential move to Chelsea and confirmed that he has spoken to the west London club’s new ownership several times.

The Blues are looking to bring in an experienced sporting director to oversee recruitment, with co-owner Todd Boehly having performed the role with mixed success on an interim basis during the summer transfer window.

Reports on Wednesday claimed Freund was now the frontrunner and a move could be imminent, with the German at Stamford Bridge later that same day to watch the Austrian champions draw 1-1 with Chelsea in the Champions League.

Following the match, Freund – who is credited with unearthing Erling Haaland, among others – spoke to the media and revealed he has held talks with Chelsea and would be open to joining the club.

Asked about the speculation, he told Sky Sport Austria: ‘I’ve had exchanges with Chelsea from time to time. We spoke a lot more a month or two ago because they were interested in signing [Benjamin] Sesko.

‘The new owners are interested in how we do things with young players, how we integrate them into the first team. But you [have those conversations] again and again with other clubs, that’s it.’

Pressed again on a possible move to Chelsea, he responded: ‘Chelsea is a huge club in transition. I can’t say exactly what will happen in the next few weeks and months.

‘You should never rule anything out in football and Chelsea are such a huge club. But I’m sports director at Salzburg and I really enjoy it.’

Salzburg boss Matthias Jaissle was also asked the speculation linking Freund with the Chelsea job and insists it was not a distraction ahead of their Champions League clash with the Blues.

‘He’s been doing a great job for the last years and that’s normal that the big clubs also have an eye on him. But for us it’s not a big thing.’

Boehly is keen to bring in an experienced sporting director well in advance of the January transfer window and recently name-checked Red Bull’s operation as a model he wanted to follow, with a number of Salzburg players developing in Austria before moving to Leipzig – such as the aforementioned Sesko.

‘We’ve talked about having a multi-club model,’ Boehly said at the SALT forum in New York earlier this week.