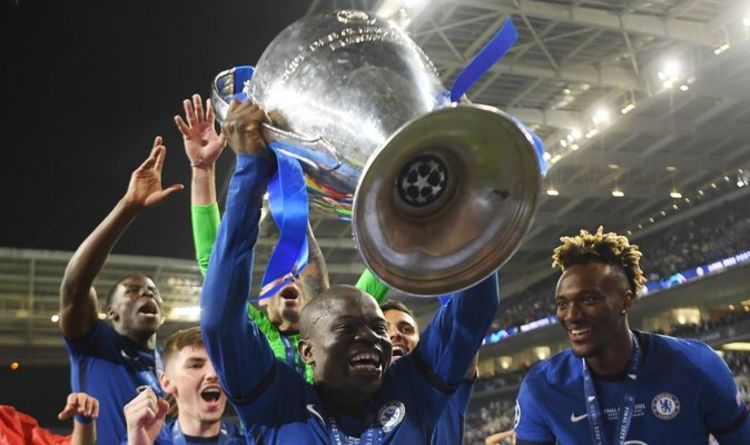 The 30-year-old grabbed his third successive Champions League Man of the Match award as Chelsea defeated their Premier League rivals 1-0 in Portugal.

Speaking as a pundit on CBS Sports after the game, Carragher poured praise on Kante and his trophy-winning pedigree.

He said: “Before the game, we all got together and thought that, maybe, City would just edge it, or have certainly got the better team and are the favourites.

“[Kante] was the one player that we said would go straight into the Manchester City team. 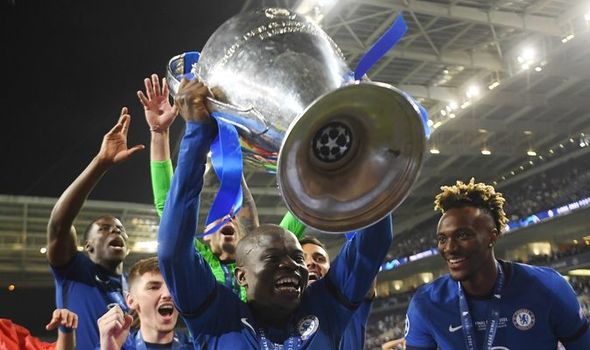 “Now, this is a guy that has come to the English Premier League and, in his first season, won a title at Leicester.

“Then he won a title at Chelsea, won a World Cup, won an FA Cup, and now he has won a Champions League.

“He has got the World Cup and could possibly have the Euros this summer as well.”

Since joining Leicester City from French club Caen, Kante has amassed an impressive trophy haul whilst playing a central role in acquiring each one.

With the Foxes, he won a historic Premier League in 2016 before joining Chelsea after just one season at the King Power Stadium.

He secured another top-flight title with the Blues, followed by a Europa League, FA Cup and Champions League.

With his 2018 World Cup triumph with France in mind, Kante is just the European Championships away from completing a clean sweep of major silverware.

Ex-Man City star Micah Richards, alongside Carragher on CBS Sports, labelled Kante as the star of the show as Chelsea lifted their second Champions League.

“He was sensational and everywhere on the pitch. He covered every blade of grass,” Richards explained. 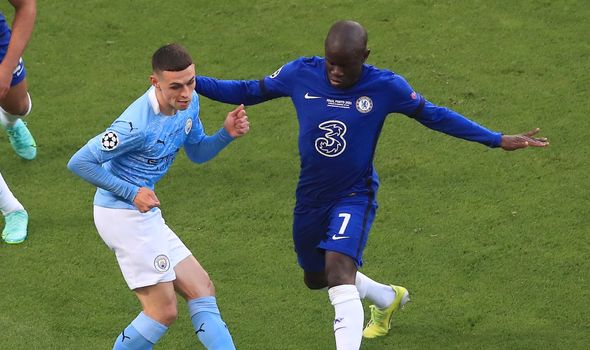 “Look at his work rate and his desire to get there. I mean, every counter-attack City had, he just snuffed it out.

“He plays forward, and what he does is, he does the simple things really well.

“When we spoke about the people who were going to have an influence on this game, Kante was always going to be right up there, defensively.

“I know it was sad to see [Kevin] De Bruyne go off, but he was the star of the show time and time again.”