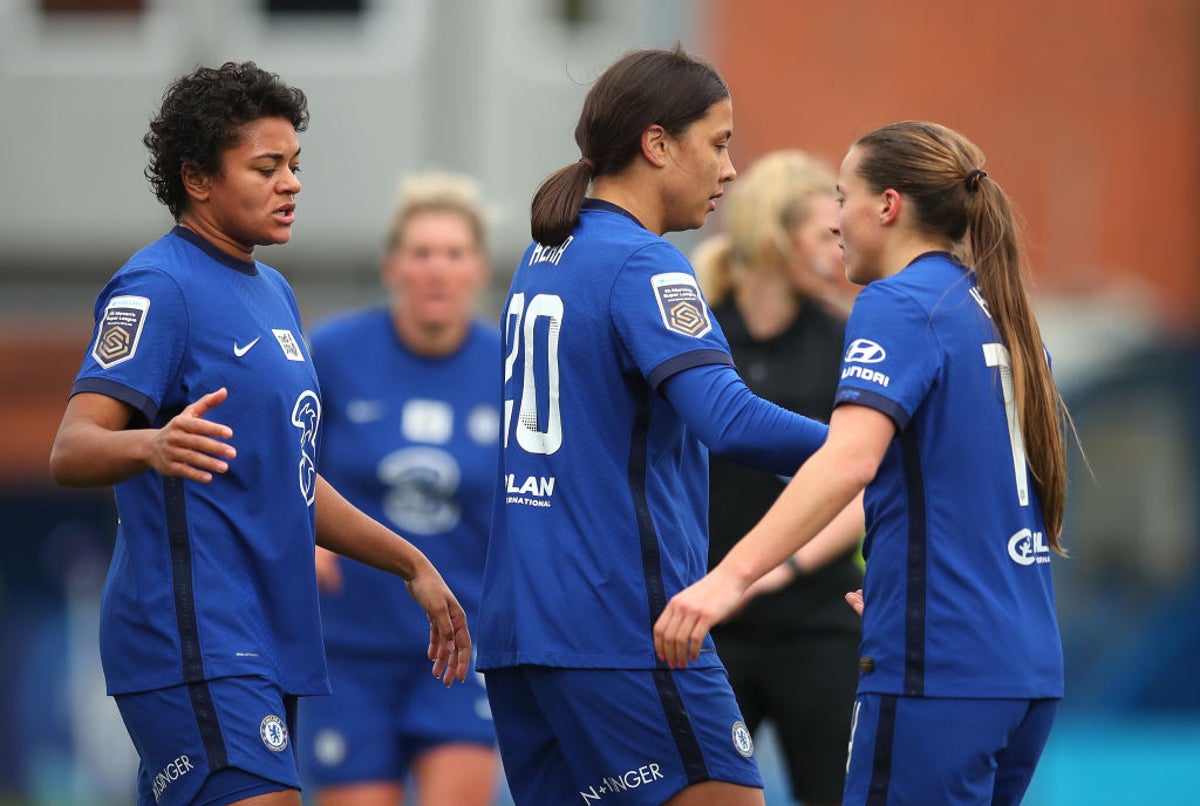 Chelsea head to Budapest for the all-important second leg of their Women’s Champions League quarter-final against Wolfsburg on Wednesday.

Emma Hayes’ side won 2-1 in the first leg a week ago, though the German side might feel they had enough chances in that game to suggest they’ll be able to mount a comeback here. The German side were winners of the competition in 2013 and 2014, but were also losing finalists last year, highlighting their ongoing strength at this level.

Chelsea remain top of the Women’s Super League domestically, two points clear of rivals Man City having lost just one game in the top flight all season. It is here in Europe, though, they really want to make their mark – making the one-goal lead from the first leg all the more important.

They may well need an away goal – or more – of their own, which makes the recent form of Sam Kerr both timely and, potentially, decisive.

The game kicks off at 1pm BST on Wednesday, 31 March.

The match will be shown live on BT Sport 2. Subscribers can stream the match via the BT Sport app and desktop website.

Maren Mjelde is out for the season with a knee injury and Chelsea will also be without Beth England, who has concussion. Niamh Charles is suspended after her first-leg booking.

Wolfsburg should be at full strength for the second leg.