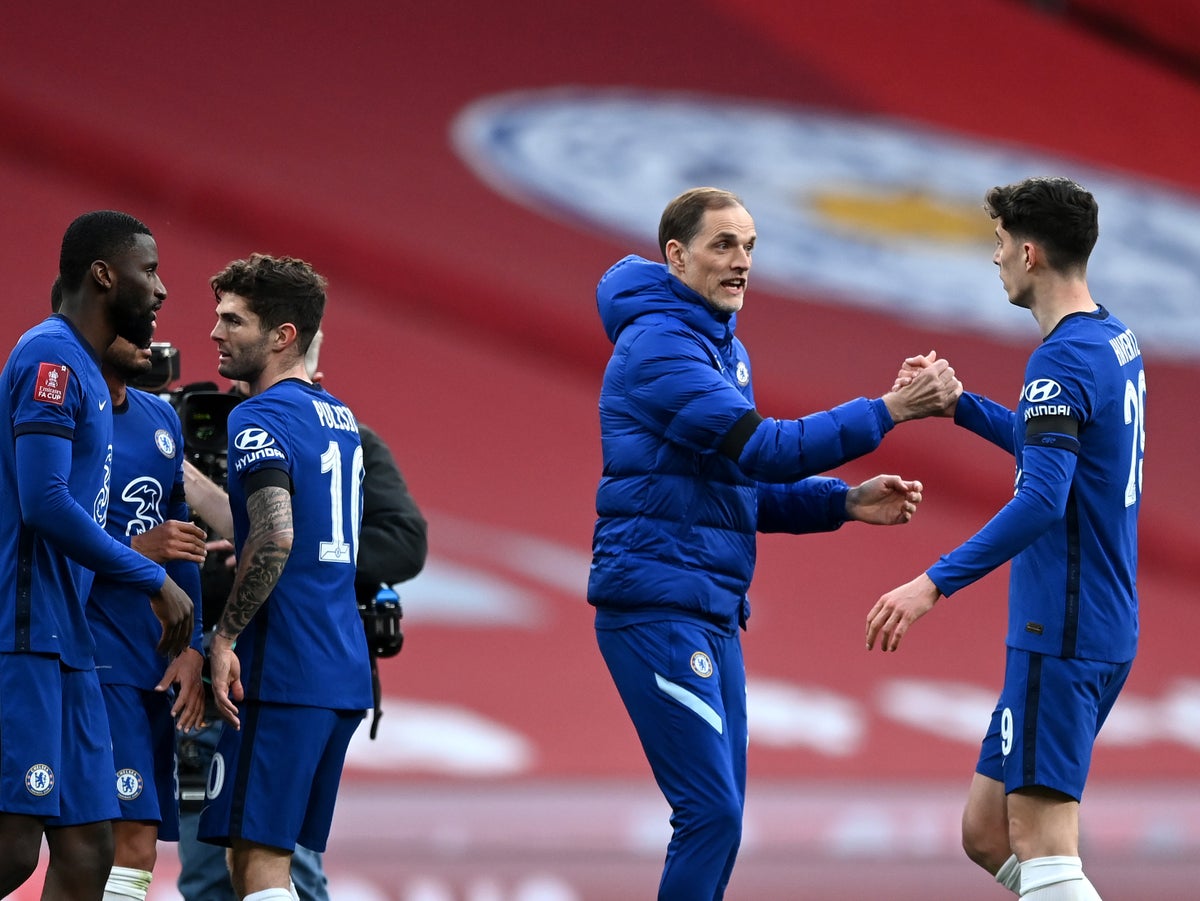 Chelsea welcome Brighton and Hove Albion to Stamford Bridge this evening as the home side look to return to the top four of the Premier League.

Thomas Tuchel’s team achieved a huge victory at the weekend, beating top-flight leaders Manchester City 1-0 at Wembley to reach the final of the FA Cup.

A draw tonight would see the Blues go fourth on goal difference, while three points would see them stand alone in third.

Brighton, meanwhile, drew 0-0 with Everton last time out and sit in 16th, six points off the relegation zone, heading into this fixture. Graham Potter’s players also have a game in hand over some of their rivals – and two in hand over others – in this final stretch of the season.

Here’s everything you need to know ahead of the match. We may earn commission from some of the links in this article, but we never allow this to influence our content.

The game will kick off at 8pm GMT at Stamford Bridge.

The match will air live on Sky Sports Premier League and Sky Sports Main Event. Subscribers can also stream the action live on the broadcaster’s website and the SkyGo app. If you’re not a Sky customer, you can grab a NOWTV Day Pass here to watch without a subscription.

Mateo Kovacic and Andreas Christensen missed Chelsea’s win against Man City due to injury and the pair are unlikely to start here. Thiago Silva went off injured during that FA Cup semi-final and is also expected to miss out tonight.

For Brighton, Tariq Lamptey and Solly March remain sidelined through injury, and Florin Andone and Percy Tau are unlikely to be involved. Aaron Connolly could return, however, if only to the bench.

Chelsea should maintain their momentum after Saturday’s FA Cup semi-final victory over Man City, capitalising on West Ham’s slip-up against Newcastle at the weekend. Chelsea 2-0 Brighton.