Frank Lampard is likely to make a number of changes; Aston Villa will be without Ross Barkley and Tyrone Mings; Follow Chelsea vs Villa with our live blog on Sky Sports website and app; watch free match highlights shortly after full-time on Sky Sports’ digital platforms and YouTube channel 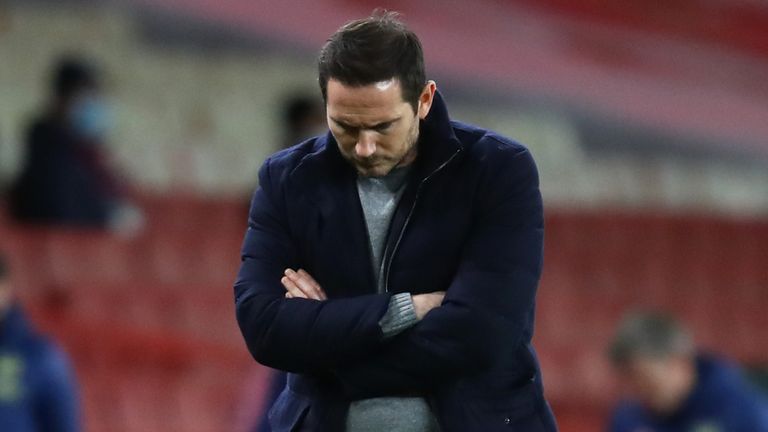 Team news and stats ahead of Chelsea vs Aston Villa in the Premier League on Monday (kick-off 5.30pm).

Chelsea boss Frank Lampard is likely to make a number of changes to his side for the Premier League visit of Aston Villa on Monday.

He was unhappy with the performance of his team in their 3-1 Boxing Day defeat to Arsenal and could respond by shuffling his pack.

Hakim Ziyech (hamstring) will still be missing and it remains to be seen if full-backs Ben Chilwell and Reece James feature having both passed late tests to start against the Gunners as the likes of Callum Hudson-Odoi and Kai Havertz push for recalls.

Aston Villa will be without Ross Barkley and Tyrone Mings.

Barkley has been out with a hamstring injury for a month but cannot play against his parent club anyway while Mings is suspended following his red card against Crystal Palace on Saturday.

Ezri Konsa will replace Mings having recovered from illness but Trezeguet (hamstring) and Wesley (knee) both remain out.

Follow Chelsea vs Aston Villa in our dedicated live match blog. Highlights will also be published on the Sky Sports digital platforms and the Sky Sports Football YouTube channel shortly after the final whistle.