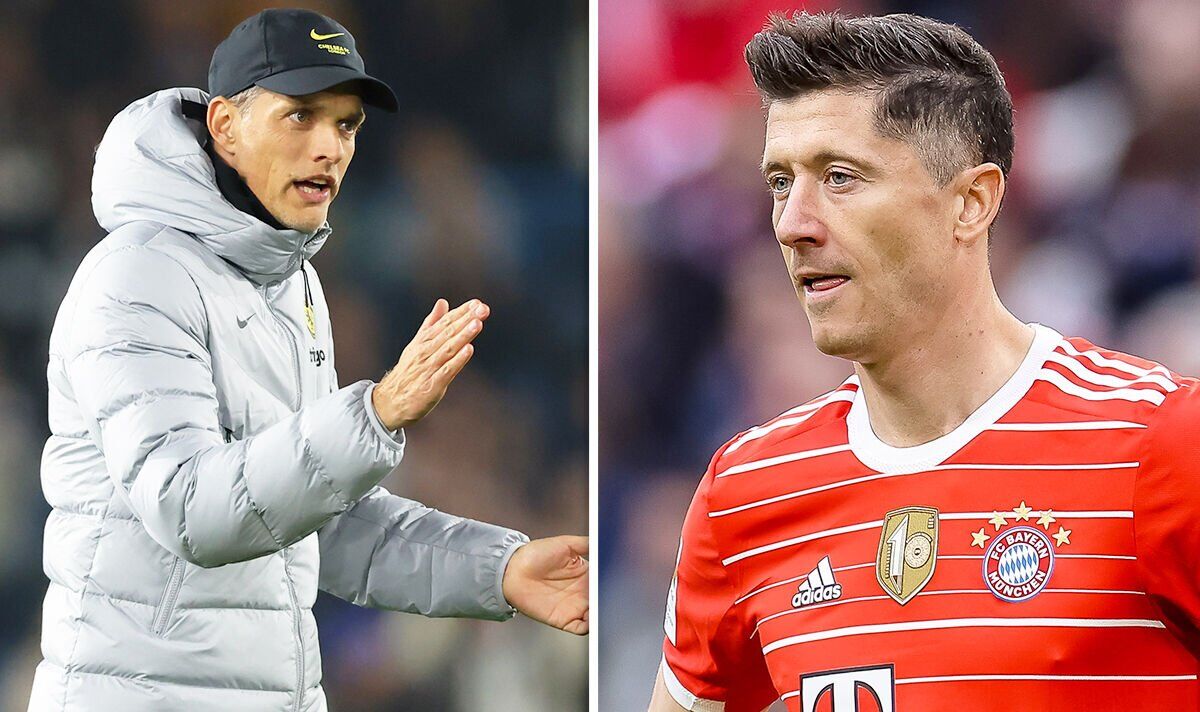 Robert Lewandowski: All you need to know about Polish striker

Chelsea can catch up with Manchester City and Liverpool with the signing of Robert Lewandowski and three French players this summer, according to European football expert Julien Laurens. Thomas Tuchel’s side are set to finish third in the Premier League table this season, some distance behind the top two.

They will lose defenders Antonio Rudiger and Andreas Christensen at the end of their contracts this summer. Laurens believes they should replace the duo with Sevilla star Jules Kounde and Eintracht Frankfurt ace Evan Ndicka.

Kounde, 23, remains a target for Chelsea after a deal fell through last summer. Meanwhile, 22-year-old Ndicka has attracted interest from across Europe for his performances in Germany.

Laurens says the upcoming window is very important for the Blues. Todd Boehly is set to complete his takeover of the Stamford Bridge club and provide funds for Tuchel.

Laurens told ESPN FC: “I think it’s a very important summer coming up [for Chelsea]. Go and get young players, go and get those kind of defenders, go and get N’Dicka at Frankfurt.

“Be clever, maybe think outside of the box at times instead of maybe going for [Kalidou] Koulibaly at Napoli for example, who’s an amazing defender but is already 30 and at the wrong side of his career really. I think there is plenty of really talented young centre-backs to come in and fit in there.”

Laurens doesn’t think Chelsea’s French revolution should stop there. Ousmane Dembele is out of contract at Barcelona at the end of the season and he believes he would be an ideal signing for Tuchel.

Meanwhile, the expert says Lewandowski would make Chelsea challengers for top spot in England alongside City and Liverpool. The Polish goal machine has told Bayern Munich he will not sign a new contract, with his current deal set to expire in 2023.

Laurens added: “Offensively, they need I believe a very good one-on-one player, someone who can take on defenders, like Ousmane Dembele. That kind of player I think would be very useful for them.

“And then there’s the £100million question over the striker because it’s one thing that you want to sell Lukaku, and you might find a club ready to buy him, but who do you get? You still need a striker if Lukaku goes.

“So is Lewandowski the answer? He’s an incredible striker.

“Will he go to Chelsea? Maybe. If you buy Lewandowski I think you get close to City and Liverpool.”