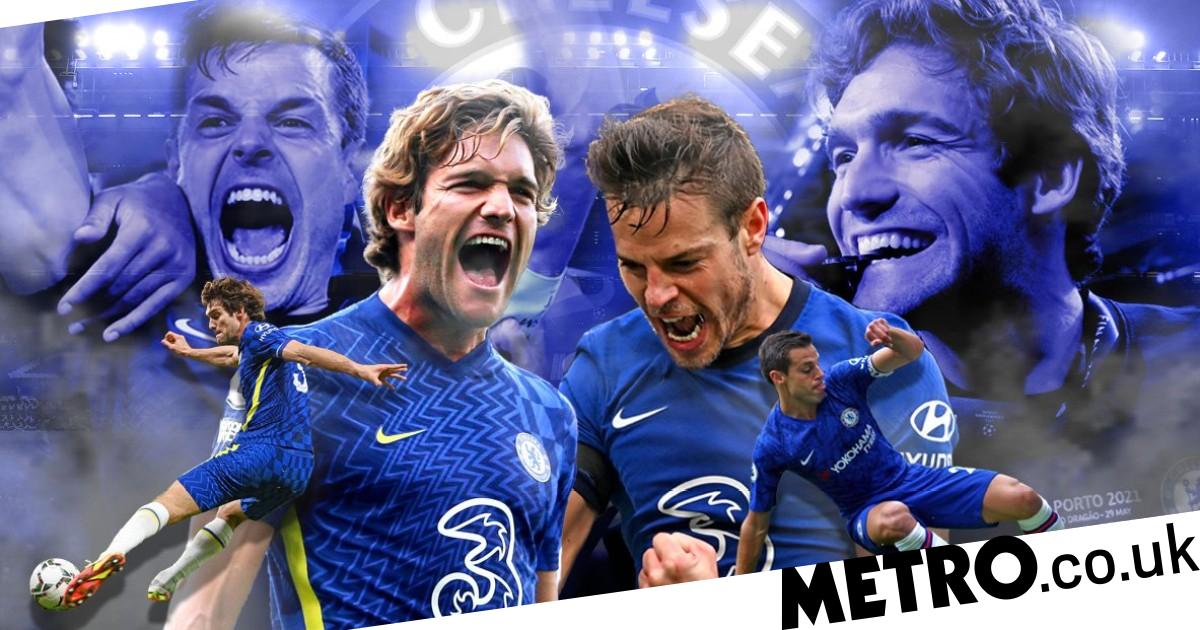 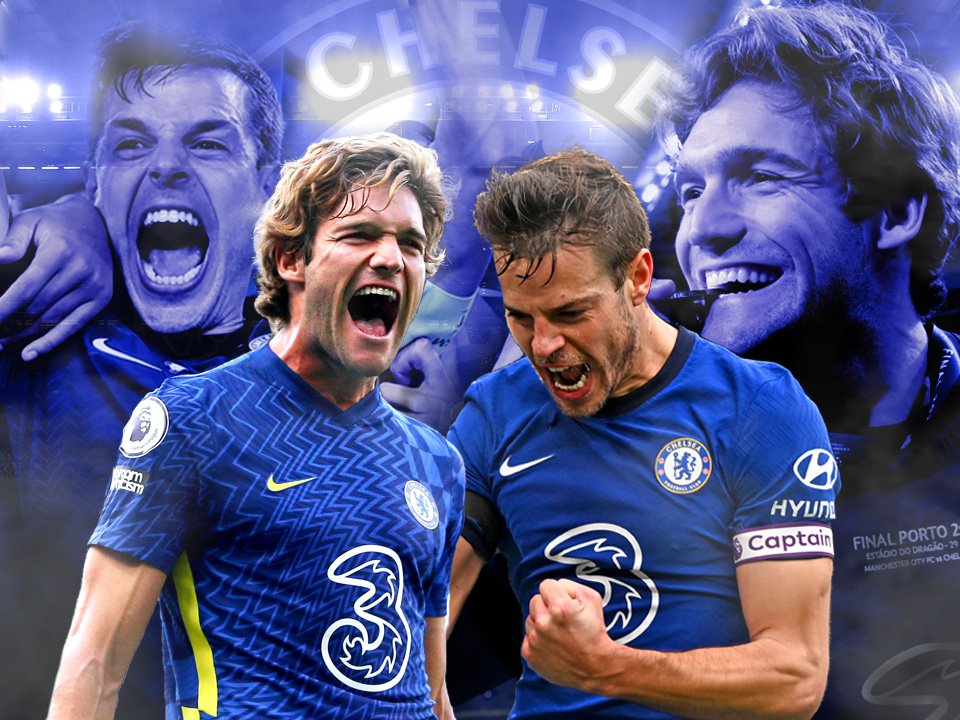 Chelsea captain Cesar Azpilicueta and left-back Marcos Alonso won the Champions League under Thomas Tuchel in Porto in May and are now chasing the club’s first Premier League title since 2017.

Metro caught up with the pair as they took part in a bake-off with sponsors Three at The Big London Bake in south London ahead of Sunday’s top-flight clash with managerless Manchester United at Stamford Bridge.

How did Thomas Tuchel turn things around so quickly?

CA: There was not a lot of time, there were games every few days and there was good work in the meeting room, every day in training and every game trying to improve. Results bring confidence too, which was important. Of course we knew that we could still fight for trophies and we were very happy to end the season in the way we did.

MA: It was different from day one. I remember the manager’s first game against Wolves (a 0-0 draw). We had one session to prepare for that and you could already see the difference. I don’t know why but it was a good feeling and I think everyone felt the same way. We went on to get better and better until the end of the season.

How big an impact as the manager had on you as individuals?

CA: In January, things were not looking as good as that, so of course not everyone believed (we could win something) but we spoke very honestly, everybody on the team. We knew we could still finish high, we believed we could improve every day and after beating pretty strong teams in the Champions League, we also got fourth spot (in the Premier League) which had looked very difficult. The team, the whole group, felt very happy and we did a good job and of course we enjoyed that night. Once you’re in the final of the Champions League, you want to win it.

MA: (He is) a great man. With him, we are there to win and to train hard and
to get better, and that is the main thing. But he has been fair, he has tried to involve every player. There are so many matches these days and we need to have a big squad and he manages this very well.

What does it take to be a Chelsea player?

CA: When you play for Chelsea, your aim is to win. Every year we start the season with a target of winning trophies and fighting for everything. We have a great responsibility, we know what it takes. We have been challenging for major trophies and feel part of the club and we are glad we are working with amazing players.

Do you think you made a slow start to the season?

MA: We started with a difficult calendar and did well and I think there was, and there is, room to improve. We have maybe played some easier fixtures and we’re still doing well, we are getting there and we need to have in our minds that the work doesn’t stop here.

CA: The Premier League is the toughest league in the world and we know how hard it is to win it. We know how much it means for the fans. It’s early in the season but we want to compete and hopefully we can be challenging because in the last few years we have been far from where we want to be in the Premier League.

Does the need to win trophies put you under extra pressure?

MA: It’s not pressure, it’s what we all want and what the requirement is to play for a team like Chelsea. We are the longest-serving players in the first team now and we like it a lot! We are going to keep fighting for more trophies, every season.

CA: There are high demands on every competition at Chelsea and it’s something that’s quite natural at this club, and it’s why we have to be prepared and ready to try to win everything we can.

Why have Chelsea’s wing-backs scored so many goals?

CA: The main thing is we play as a team. The strikers are the first ones to defend and the goalkeeper is the first one to attack. This season we have had very good numbers from the defenders and obviously that helps the attackers, to release a bit of the pressure so we don’t rely only on them for goals. That’s important this season, that we keep improving in every aspect that we can. We changed the system a little bit and play with different players. We have an amazing squad and everybody has to be ready, competing for places. The team gets the benefits of that and we have been productive in attack and defensively very solid. Wing-back is a very demanding position and it is great to see numbers are so high in terms of an attacking threat from us. Hopefully we can still keep improving, raise our
levels and bring something different to the team.

Is there a genuine title race involving at least four teams?

MA: More than three or four even. It’s very strong in the Premier League this year and every game will be very tough. We need to go out there week in and week out to get the three points.

CA: We see ourselves as a competitor to challenge for every trophy. We want to fight to win it and we know we have to go step by step and it won’t be easy. But we have to keep working hard and see where we find ourselves in the last few weeks of the competition.

CA: Of course it’s a big game and everybody wants to be involved. There have been many iconic games between the two teams. Everything around it makes it quite special. We’ll have to show our best level to win it.

The 32-year-old has played 432 times for Chelsea in all competitions since arriving from Marseille for £7million in 2012, scoring 14 goals. He is on the 30-man shortlist for this year’s Ballon d’Or.

Fellow Spaniard Alonso, 30, first played in England for Bolton in 2010 and helped to keep Sunderland in the Premier League in 2014. The Blues paid Fiorentina £24million for him two years later.

■ Three puts fans at the heart of everything they do. #ConnectWith is a content series from Three that gives football fans a chance to see a very different side to their favourite Chelsea players. As the UK’s fastest 5G mobile network and principle sponsor of Chelsea, Three is in a unique position to be able to connect fans to their favourite club in many different ways. The latest #ConnectWith episode, which goes live today, sees BBC Radio 1 and 5 Live host Chris Stark putting Chelsea stars Cesar Azpilicueta and Marcos Alonso through some Great British Bake Off-inspired challenges. Watch on Three’s YouTube channel — youtube.com/three

How to get your Metro newspaper fix

Metro newspaper is still available for you to pick up every weekday morning or you can download our app for all your favourite news, features, puzzles… and the exclusive evening edition!