Chelsea take on Manchester United on Monday night in a crucial clash for the race to finish in the top-four of the Premier League, but the Blues’ recent signing of Hakim Ziyech from Ajax shows a clear difference between them and their rivals. That is the opinion of former England and Arsenal footballer Paul Merson.

The former attacking midfielder thinks Chelsea have a clear plan when it comes to the club’s transfer policy, unlike at United who he thinks currently doesn’t have one.

Both clubs have coaches at the beginning of their managerial careers and both Frank Lampard and Ole Gunnar Solskjaer are looking to utilise the young talent they have at their disposal.

However, Merson thinks people can see that Chelsea have a clear plan with the signing of Ziyech, after having sold Eden Hazard to Real Madrid last summer.

But the 51-year-old is struggling to understand why United signed former Watford striker Odion Ighalo on loan deal on deadline day. 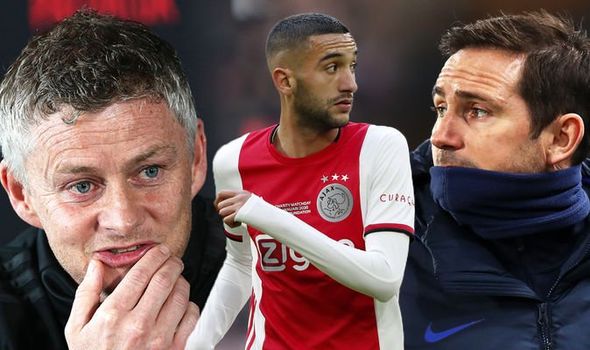 “At least you can see a plan,” Merson said about Lampard and Chelsea in his column for the Daily Star.

“They have gone with younger players and they are building something.

“You can see a plan there. I think Frank is building something good for the future.

“What are United building by buying Odion Ighalo?

“What’s the plan there? You can see the plan at Chelsea. I can’t see one at United.”

Chelsea announced the signing of Ziyech from Ajax for a fee of around £33million on Thursday.

The 26-year-old still has to agree personal terms and he will remain at the Dutch club for the rest of this season. 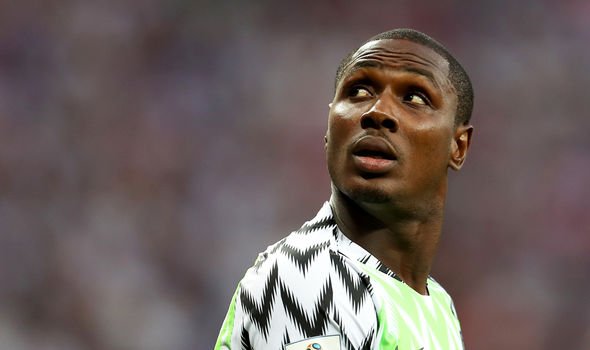 After the announcement Lampard insisted he hopes the winger, who has 21 assists in 30 appearances this campaign, will be able to help the Blues in the final third of the pitch.

“He first came into my eye-line in their [Ajax’s] run in the Champions League last year. I thought he was one of their standout players, particularly in their games against Tottenham.”

The Nigerian striker has been isolated for two weeks since arriving from Chinese club Shanghai Shenhua, due fears surrounding the coronavirus outbreak.

But as the 30-year-old has not tested positive for the virus, he will now travel with the team to Stamford Bridge.

“I never said he was going to be ready to play on Monday, he’ll be involved with us and he will travel down with us,” Solskjaer said.

“Now he’s out of that two-week period, just a precaution we made, let’s see if he’s involved or not.”