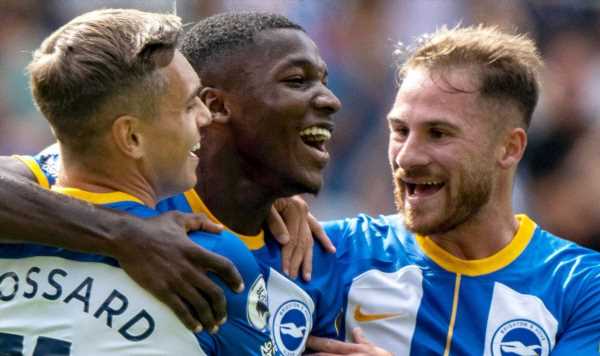 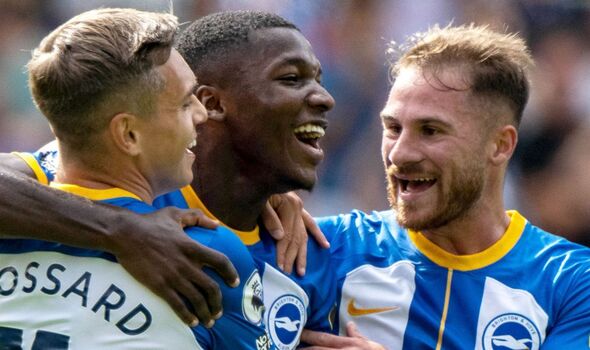 Dubious reports in Italy suggest Chelsea have seen a £50million proposal rejected by Brighton for World Cup winner Alexis Mac Allister. The Argentina international maestro showcased his star quality for his nation in Qatar, playing an integral role in their stunning triumph in the Middle East.

His eye-catching performances provided further clarity that Brighton are among the best in the game when it comes to recruiting top talent for affordable prices.

Not only that but the Seagulls were already one step ahead when they tied Mac Allister down to a new contract prior to the tournament to protect his value.

Arsenal, Tottenham and Atletico Madrid have all been credited with an interest in the 24-year-old midfielder who can play as a No.6, No.8 or even No.10.

Now Tuttomercatoweb in Italy speculate that Chelsea have offered around £50m for the player – a proposal that was reportedly rejected out of hand.

Win a pair of tickets to the Premier League or Women’s Super League match of your choosing! Enter below. CLICK HERE

Express Sport understands that while Mac Allister is rated extremely highly by his former coach Graham Potter, a bid is unlikely to have been lodged.

Even if Chelsea were at the table, the message from the Amex Stadium is loud and clear that they do not want to sell their most-prized assets – particularly mid-season.

The Blues have already seen a £55m bid rejected by Brighton for Mac Allister’s team-mate Moises Caicedo this month, however.

Caicedo is deemed to be Chelsea’s top midfield target but a deal looks difficult to complete this month unless a monstrous proposal is tabled.

Following reports of Chelsea’s interest, Brighton boss Roberto De Zerbi declared he is prepared to wave goodbye to the Ecuador international midfielder but only at the end of the season and at the right price.

“Caicedo is very important for us. I hope he finishes the season with us, but it’s always difficult to be certain,” De Zerbi said prior to the 2-2 draw at Leicester.

“The best solution is that he finishes the season with us and for him, in the summer, it’s better then if he changes teams.”

Speaking to Brighton’s official website, Caicedo made it clear he is only focused on the task at hand with the Seagulls.

“I am focussed on Brighton,” he said. “I am here, I’m playing every day. Things from outside don’t trouble me, nor does it take that focus away because I’m focussed only on here.

“I handle [the speculation] well. You hear rumours here and there, but I only try to be focused on the club where I am now, the club which opened the doors for me to be playing every week.”

Manchester United, Arsenal and Liverpool are also believed to be eyeing Caicedo, who recently changed agents in anticipation that he could be on the move in the near future.

Chelsea are currently set to lose both Jorginho and N’Golo Kante at the end of the season when their contracts expire, meaning they require midfield reinforcements.

Everton’s Amadou Onana is another name of interest at Stamford Bridge.