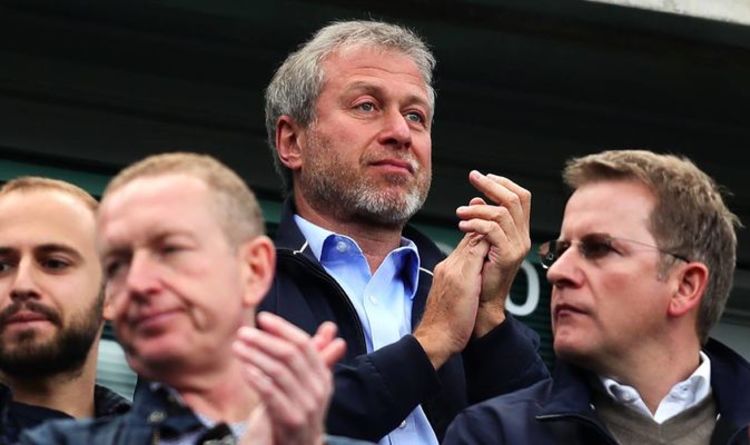 Guehi opens up on decision to leave Chelsea for Crystal Palace

Chelsea signed Romelu Lukaku this summer for £97.5million from Inter Milan, but failed with their pursuit for Jules Kounde, and this may affect their future business and prolong their plans.

It was almost the perfect transfer window for Chelsea as they re-signed Romelu Lukaku to spearhead their attack, but the club narrowly missed out on Sevilla defender Jules Kounde.

Lukaku joined from Inter Milan after Chelsea tabled a £97.5million offer that was too good to turn down, and the Blues thought they had reached an agreement with Sevilla for Kounde, but the Spanish side dug their heels in late.

Despite missing out on their defensive target, it’s been an excellent start to the season for Chelsea, who won the Super Cup against Villarreal, and have picked up seven points out of a possible nine in the Premier League.

However, their failed move for Kounde may hinder Roman Abramovich’s long-term ambitions.

Abramovich dreams of winning trophies at Chelsea with a number of academy graduates in the squad, according to the club’s former assistant manager, Eddie Newton, who told The Athletic: “They will always have a real interest in bringing young players through and that comes directly from the owner, Roman Abramovich.

“He envisages winning Champions Leagues and Premier Leagues with six [or] seven homegrown players and adding a few stars/experienced stars around it to win multiple trophies, year after year. That is the dream.”

The claims may seem slightly odd after Tammy Abraham and Fikayo Tomori were both sold this summer, but Mason Mount and Reece James are both first-team regulars after coming up through the academy.

There are also bright futures ahead for Callum Hudson-Odoi and Trevoh Chalobah, but one that got away was Declan Rice who has been linked with a return to the club from West Ham United.

It would be typical of Abramovich to break the bank to sign Rice, who perhaps would still qualify as an academy player for the Chelsea owner due to his history in the ranks, but with The Blues rumoured to go back in for Kounde in January, future moves may be delayed.

Chelsea originally thought they had agreed a deal in principle with Sevilla for around £50m for Kounde, but after they smashed their initial bid to sign Lukaku from Inter, the Spanish side increased their asking price in the hopes that Abramovich would repeat his actions.

Sevilla have now said that any side must pay Kounde’s £68m release clause, and Chelsea may be forced to trigger this in January with uncertainty growing over the future of Antonio Rudiger, as well as the sale of Kurt Zouma.

Chelsea sold Zouma to raise funds for the Kounde deal, which never ended up happening, and The Blues are in talks over new deals for Andreas Christensen and Rudiger.

However, Rudiger is yet to sign a new deal and according to a report from Spanish publication Fichajes, Real Madrid, Bayern Munich and Juventus are in the race for the German defender.

If Rudiger was to leave Stamford Bridge then central defensive options would be limited and Chelsea would almost be forced to trigger Kounde’s release clause in January, and shell out £68m for the 22-year-old.

This could prolong their plans to re-sign Rice, but Kounde was already a target, and would be the final piece of the puzzle in Thomas Tuchel’s side.

Chelsea will face competition though, as the French defender is one of Europe’s hottest prospects, so could face a battle after their initial efforts were unsuccessful.