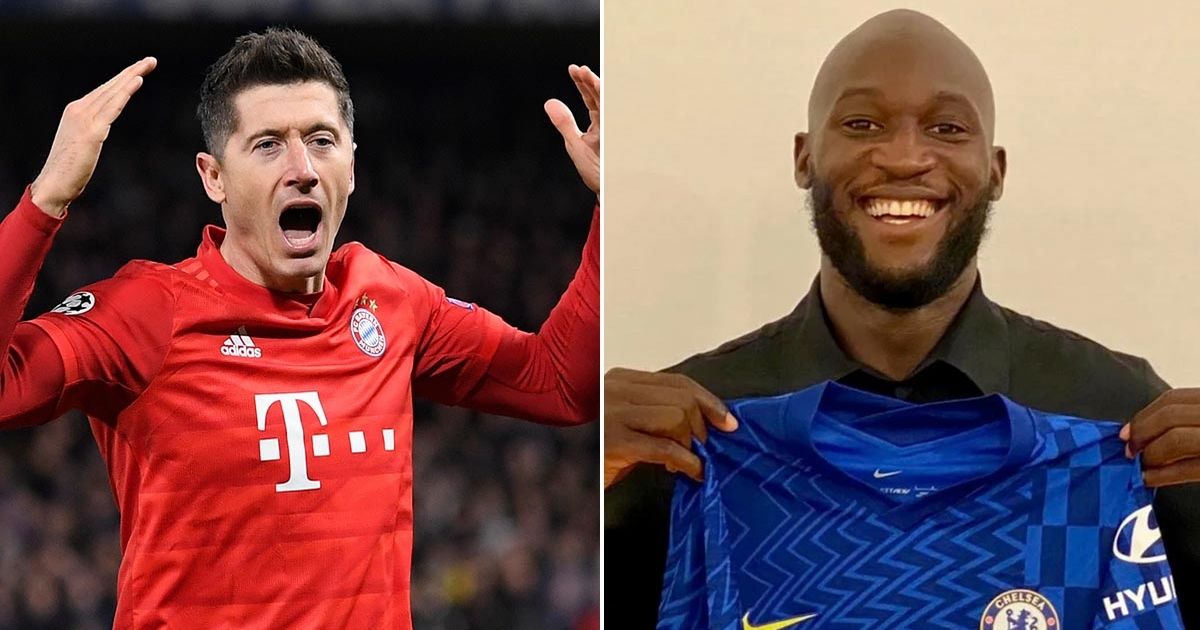 Chelsea need to sign Robert Lewandowski to close the gap on Manchester City and Liverpool in the Premier League – despite signing Romelu Lukaku for a club-record £97.5million last summer, says ex-star Glen Johnson.

The retired full-back reckons his former club need to make a marquee addition to their frontline if they are to get closer to the title next season, having missed out on youngster Erling Haaland.

The Blues look set to secure Champions League qualification with a third-place finish but had been top of the table back in December before a run of four draws from five fixtures ended their title hopes.

Speaking to Lord Ping, Johnson said: "For a club like Chelsea, I think they need to sign Robert Lewandowski.

"He is a more realistic signing, but these top, world-class strikers are hard to find. For his age and the possibility of the deal actually happening, I'd say Chelsea should sign Lewandowski.

"Chelsea obviously tried when they broke the bank for Romelu Lukaku and obviously Haaland was the one they would have liked to have signed, but it was always going to be hard to trump Manchester City, Liverpool or a team like Real Madrid so he was unlikely going to end up at Chelsea.

HAVE YOUR SAY! Would Robert Lewandowski, 34, be an improvement on Romelu Lukaku? Tell us in the comments section

"You need a big squad, you need players that are buying into what the manager is doing and you need a good set of 18 to 20 players, so Chelsea need to invest and make sure that everyone is on board with what the club is trying to achieve.

"Let's face it though, City and Liverpool at the moment are miles ahead of anyone."

The updates comes after Tuchel was told that the agent of Lukaku wanted to speak to the new club ownership, after which he said: "For me it's not a distraction.

"Let's see if he gets a meeting. It's his right. We will talk to anybody and evaluate any situation of any player including Romelu's."