Chelsea have announced that they have granted permission to Derby County for loanees Mason Mount and Fikayo Tomori to play against them in the EFL Cup fourth round later this month.

Mount and Tomori have both caught the eye in the Championship at Derby this season under the management of Chelsea legend Frank Lampard, who requested the chance to select them shortly after the two clubs were drawn together in September.

Chelsea’s standard policy is not to let loanees feature in matches against them, but EFL competition rules allow for exceptions to be made if the parent club supplies “written consent”.

“Unlike in the Premier League, EFL Cup rules allow for clubs in the competition to make such agreements for players to appear against their parent clubs. 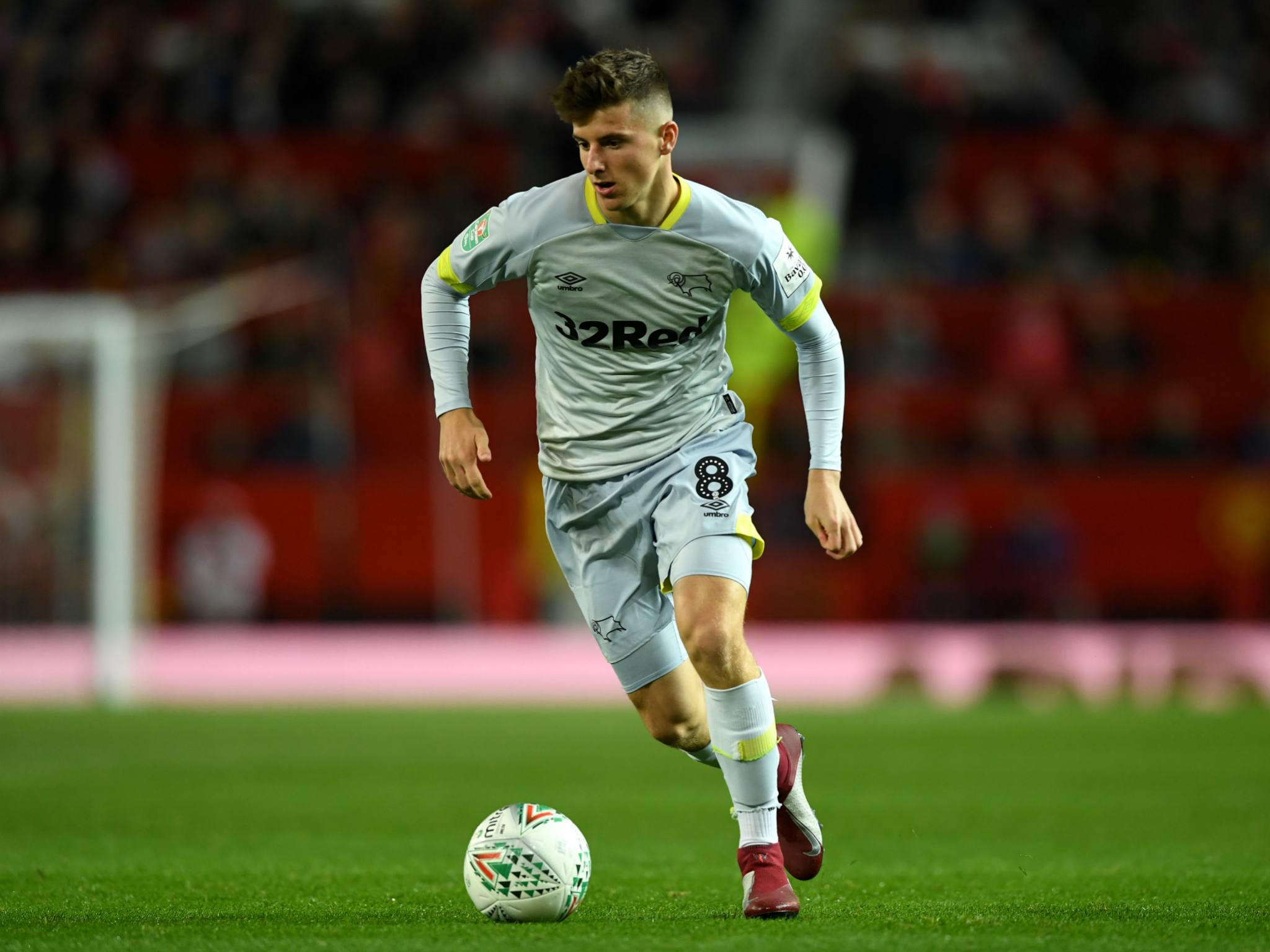 “Mount and Tomori have been regulars for the Rams under Frank Lampard this season, and, after beating Manchester United at Old Trafford in the previous round, we believe the experience of facing top-level opposition once more will be of benefit to their on-going development at Derby.”

Speaking to Derby’s official website, Lampard added: “I would like to take this opportunity to thank Chelsea, their director Marina Granovskaia and manager Maurizio Sarri for allowing Mason and Fikayo to be available for selection for the Carabao Cup tie.

“We’ve been in dialogue with Chelsea since the draw was made and it’s great, first and foremost, that the players will have the opportunity to test themselves against a top side.”

Mount is regarded as one of the brightest talents that Chelsea’s academy has produced in recent years, and earned a surprise call-up to Gareth Southgate’s senior England squad for Uefa Nations League matches against Croatia and Spain earlier this month.

The pair will be the first Chelsea loanees to play against the Blues since Thibaut Courtois helped Atletico Madrid eliminate Jose Mourinho’s side from the 2014 Champions League semi-finals.