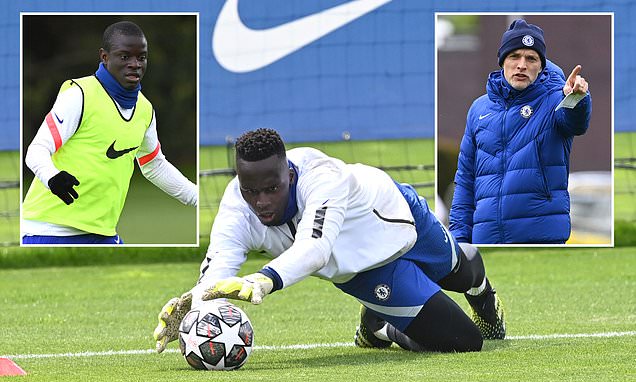 Chelsea have been handed a huge fitness boost ahead of the Champions League final with Edouard Mendy and N’Golo Kante returning to training on Wednesday.

The goalkeeper and midfielder had been injury concerns going into Saturday’s clash against Manchester City but now look set to be fit to play.

Kante had been struggling with a hamstring problem, which he picked up in the league game with Leicester while Mendy hurt his ribs in the final fixture of the season at Aston Villa. 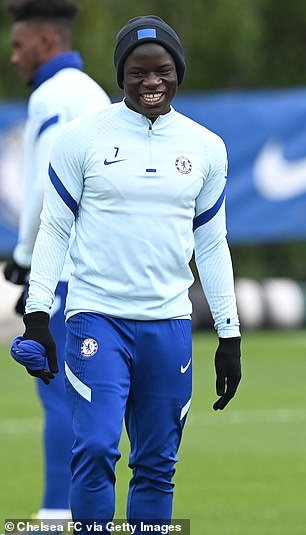 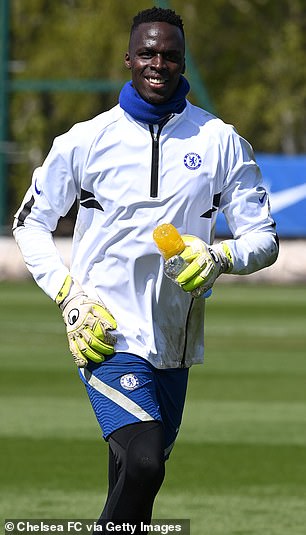 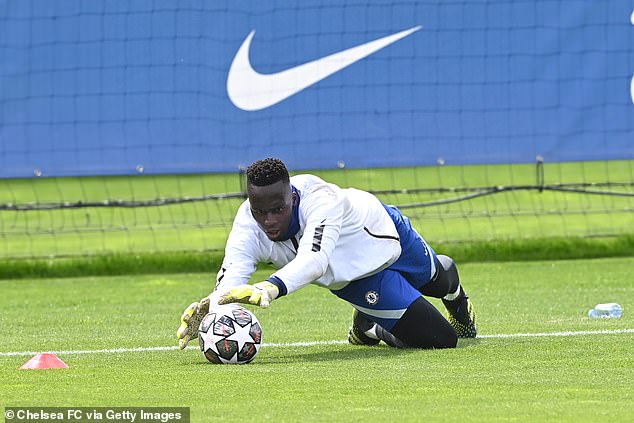 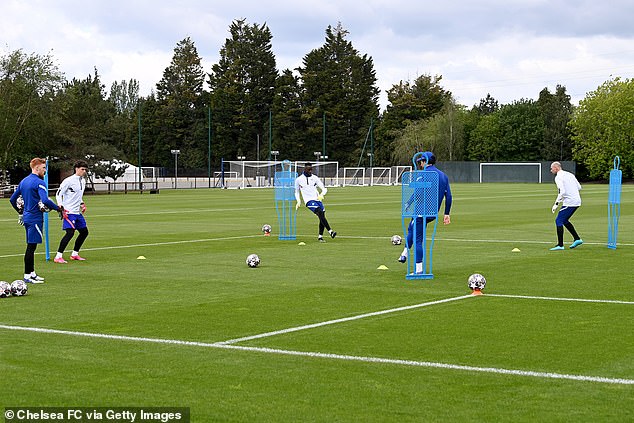 The big keeper was back in training on Wednesday, adding a huge boost to Chelsea’s hopes

Mendy has been the No 1 ‘keeper since his summer arrival and Thomas Tuchel was confident that he would be available to start when speaking to the press earlier this week.

‘We hope to have him back in training on Wednesday,’ said Tuchel. ‘We had a huge improvement in the management of pain. We need a further update on Wednesday. 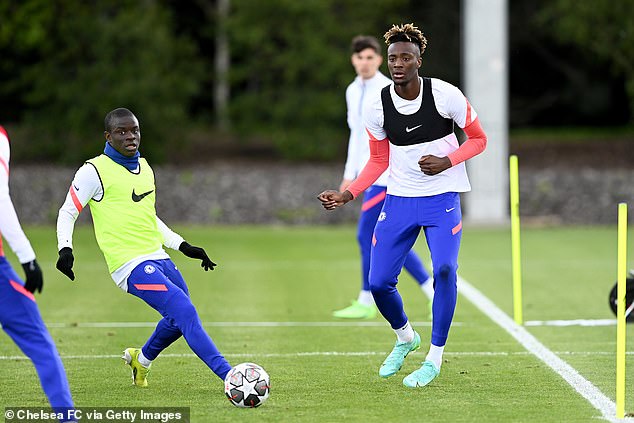 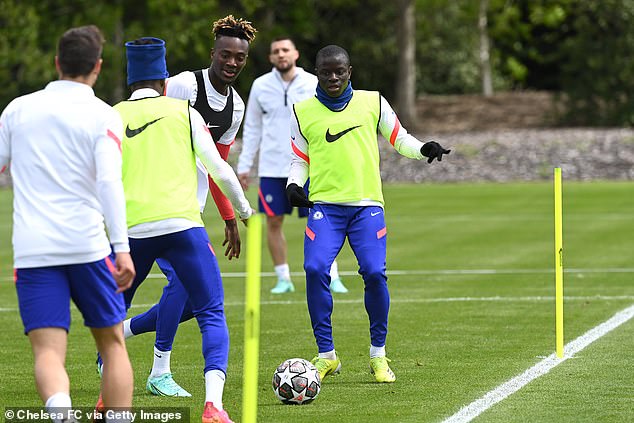 ‘Edou will play if he is fit and if he is not fit on Wednesday we will try on Thursday. And we will try on Friday and be always reasonable and take the responsibility for this decision.

‘At the same time, we have trust if he cannot make it we have a strong guy on the bench with Kepa, who will take his place.

‘So now the race is on. We are very happy, first of all, that the images don’t show that the injury is too serious. At the moment we are positive but every hour counts.

‘Hopefully the team around Edou and he himself can do enough and can help him enough to be on the pitch. It will be a good boost for us.’

The Chelsea boss was also positive about Kante’s chances of being fit. 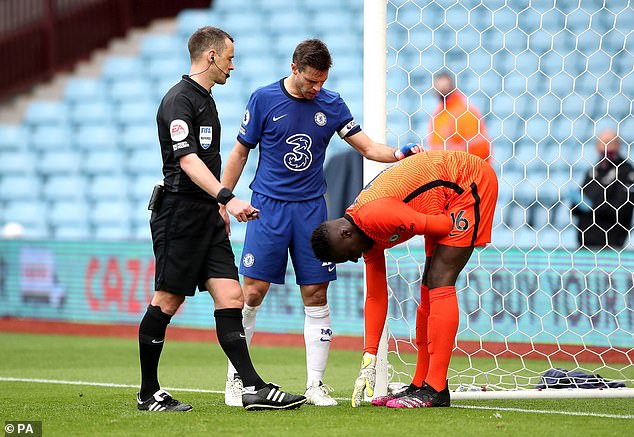 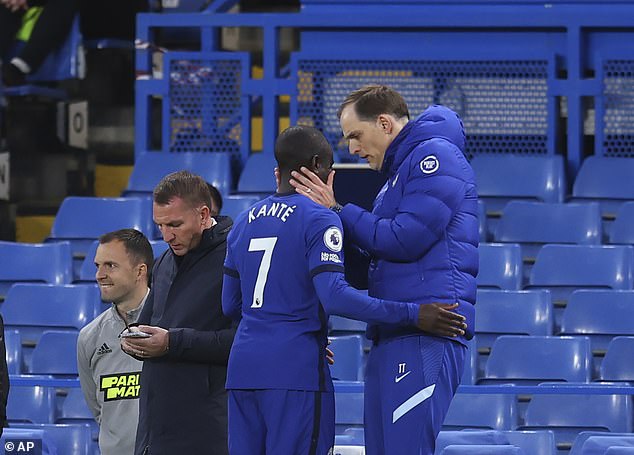 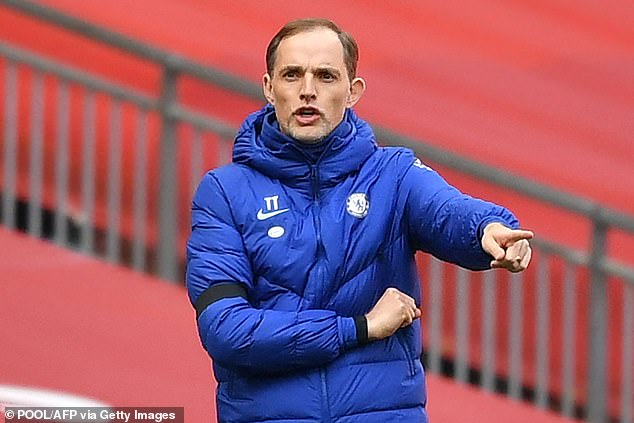 ‘Maybe I will not speak to the doctors and physios any more so I hear no more doubts and no more complaints.

‘Maybe I have to think about changing the tactics. But it looks good and I hope it stays like that.’