Thibaut Courtois finally got his dream move to Real Madrid in the summer, but the goalkeeper’s start to life at The Bernabeu hasn’t gone to plan.

Real have lost five of their last seven games in all competitions, with their struggles continuing on Sunday as they were thrashed 5-1 by Barcelona in El Clasico.

Courtois had to pick the ball out of the net on five occasions at the Nou Camp, and Chelsea fans took great delight in mocking their former goalkeeper. 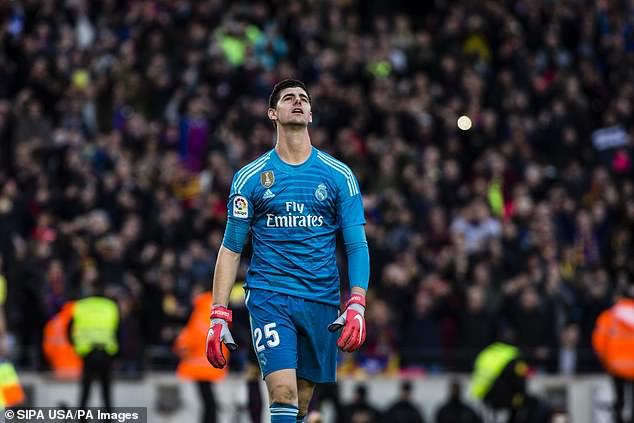 A host of Chelsea fans took to social media to take delight in Courtois’ failings. One user posted a picture of Courtois being beaten by Luis Suarez and added the caption: ‘Was Courtois waving at the referee or calling for help ?’.

Meanwhile, another fan suggested that Courtois’ struggles were deserved after he agitated for a move to Real. He wrote: ‘Life of a snake!!!’.

Another supporter indicated that Courtois conceding five goals was ‘karma’ for his previous actions.

Was Courtois waving at the referee or calling for help ???#RMCF #CFC pic.twitter.com/qYcnWrj7dX

Courtois forced a move from Chelsea to Real Madrid and got bagged 5 in his first El Clasico.
Life of a snake!!! ???

#ElClasico 4-0 Chelsea won. Courtois conceding 5. Karma finally having it's say on the ? 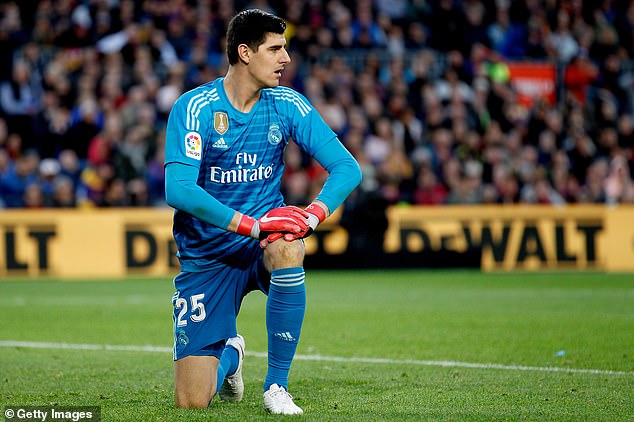 It was a good day all round for Chelsea fans, with the Blues thrashing Burnley 4-0 while Courtois endured a frustrating afternoon.

One fan indicated that it is to Chelsea’s benefit that Courtois ended up joining Real Madrid.

He wrote: ‘A top class goal keeper will never concede so many goals in one game,it’s actually a gain for Chelsea he left, Thibaut Courtois conceding five goals against Barcelona.’

Another supporter claimed that Chelsea got the better deal by replacing Courtois with Kepa Arrizabalaga.

Great result from the boys today AND Courtois conceded 5 on his El Classico debut. What a time to be alive #CFC #BURCHE #ElClasico

So Thibaut Courtois got embarrassed and let in 5 goals in the Clasico against Barcelona. Now because of that Antonio Conte will be announced as his manager tomorrow! ? How's life in Madrid going Thibaut? Karma slapping you in the face. Enjoy Madrid, Snake! You asked for it ?

A top class goal keeper will never concede so many goals in one game,it’s actually a gain for Chelsea he left, Thibaut Courtois conceding five goals against Barcelona .????

Courtois will hope that his fortunes at Real improve under a new manager, with his former Chelsea boss Antonio Conte set to replace Julen Lopetegui at The Bernabeu.

So far, however, Courtois won’t be pleased with how Real’s campaign has commenced.