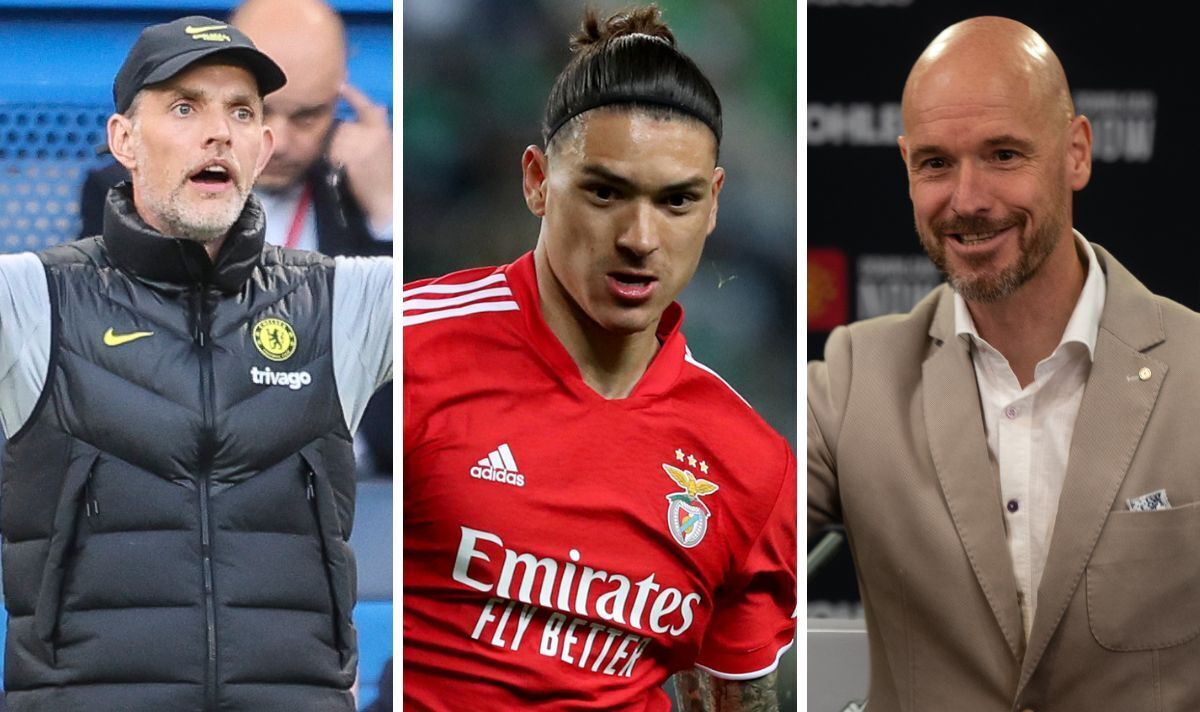 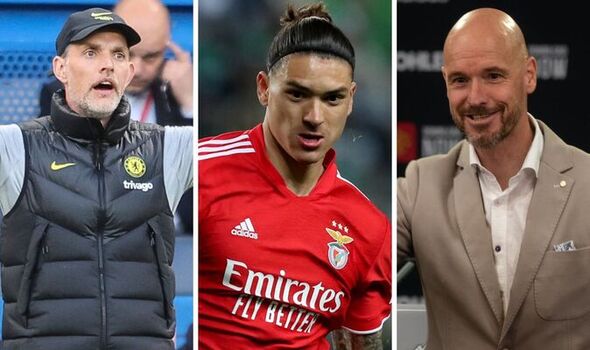 Chelsea and Manchester United are both looking to make improvements in the transfer market to catch Liverpool and Manchester City, but Darwin Nunez’s reported move to Anfield makes that even harder for their rivals. United had originally shown interest in the highly-rated Benfica star and have been in contact with the player’s agent over a switch.

But after Liverpool’s interest became clear, reports in Portugal stated that Nunez’s preference was a switch to Anfield and an agreement is now said to be close. The deal may come as a blow to United in their bid to chase down those fighting at the top of the table.

However, Erik ten Hag has far more pressing matters to attend to over paying a near club-record fee for another attacker. Cristiano Ronaldo, Marcus Rashford and Jadon Sancho make up a strong attacking three while other bargains are available in the market to improve their squad depth.

Paying £85m would eat into Ten Hag’s budget when the bigger issue for United is sorting out their midfield and defence. Ten Hag has been in discussions with the United board on his plans for the window and Frenkie de Jong appears to be the main target in midfield.

Another midfielder is also set to be targeted with two signings replacing the departing Paul Pogba and Nemanja Matic. Full-backs were an important part of Ten Hag’s system at Ajax and he may also want improvements on both flanks.

Another attacker will also likely be signed, with United expected to spend big throughout the window. But conceding defeat to Liverpool in the race for Nunez now allows them to spread that money around for other targets needed in their squad.

Chelsea face a similar decision with their interest in Manchester City star Raheem Sterling. The England international has just 12 months left on his contract and is considering his future at the Etihad this summer.

But City won’t let the 27-year-old leave for cheap with reports indicating they want up to £60m for the winger. Chelsea are well stocked out wide at the moment with Timo Werner, Mason Mount, Callum Hudson-Odoi, Christian Pulisic and Hakim Ziyech all vying for starting spots.

Like United, Chelsea have more pressing issues to attend to than spending big on an area of the squad they don’t necessarily need at the moment. With Antonio Rudiger joining Real Madrid and the futures of both Andreas Christensen and Cesar Azpilicueta uncertain, the defensive unit is in need of a rebuild.

Jules Kounde remains the priority with Sevilla demanding a fee in the region of £50m, but at least one other defender will need to be signed. There has also been plenty of suggestions that Chelsea will look to make improvements in midfield.

Declan Rice has long been linked with a move to Stamford Bridge, although West Ham’s asking price is proving too steep at the moment. Ibrahima Sangare has been touted as a potential alternative, with PSV valuing the midfielder at around £30m.

Liverpool have the luxury of making just one major change to their squad this summer having only just missed out on a historic quadruple last season with their current group. Nunez is set to come in as a direct replacement for Sadio Mane and Jurgen Klopp’s side will be in a position to continue where they left off.

For Chelsea and United, they’re in need of more changes to their full squad to try and catch the Premier League leaders. Spending big in an area they are both well stocked in when there are more pressing matters to solve in the transfer window makes no sense at the moment.

If Chelsea have £60m available to spend on another winger, their best bet for now would be to use that money in defence and midfield first.