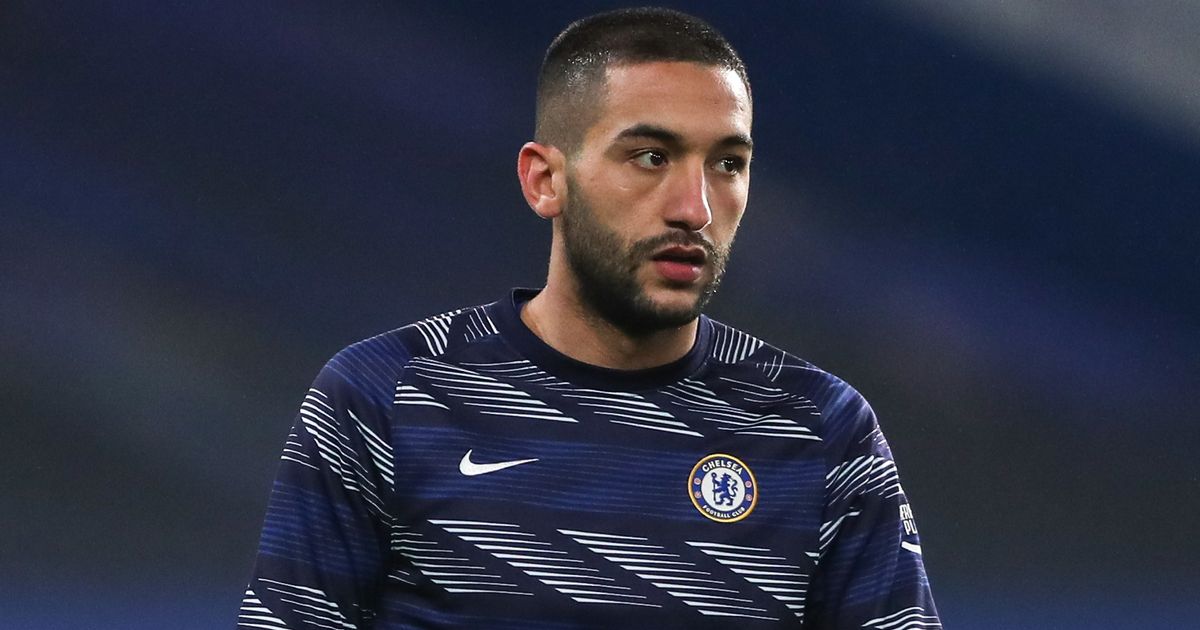 Thomas Tuchel admits he takes full responsibility for making Hakim Ziyech "suffer" on the sidelines since he arrived at Chelsea.

Ziyech moved to Stamford Bridge in a £36million switch from Ajax last summer and initially hit the ground running, registering three goals and as many assists in his first three starts for the Blues.

However, a hamstring injury sustained against Leeds in December brought the winger's momentum crashing to a halt, and he has been unable to get back to his best ever since.

Frank Lampard, the head coach who brought him to Chelsea, was then sacked in January and replaced by Tuchel.

Ziyech started Tuchel's first outing at home to Wolves on January 27, but since then he has failed to make an appearance in the Premier League.

The new manager has admitted his lack of football over the past three weeks is "my responsibility", while insisting will be needed amidst a congested schedule over the next few days.

"It is my fault, it is my decision," Tuchel said at his pre-match press conference ahead of Chelsea's clash with Southampton on Saturday..

"For Hakim and some other players here are hard decisions to make, it is a good thing because it means we have quality.

"There are some decisions for other players that means Hakim suffers at the moment, I can understand so it is my responsibility in this case that he cannot show more.

"When I look at the rhythm and schedule for the next days I am sure we will need all of our players."

Another player who has found game time hard to come by under Tuchel is Christian Pulisic, which comes as a surprise given the American has previously worked under him at Borussia Dortmund.

"It is our job to bring the best out of [Christian]," Tuchel added.

"It is a challenge now to hold his level, to improve and maintain it. We are not worried or concerned, the medical department is on that.

"He stopped training yesterday, I would not say it is an injury, it is just risk management that relies on his history. The main thing for Christian is to stay positive."

READ MORE:Fikayo Tomori explains confusing Frank Lampard advice that left him in the dark at Chelsea