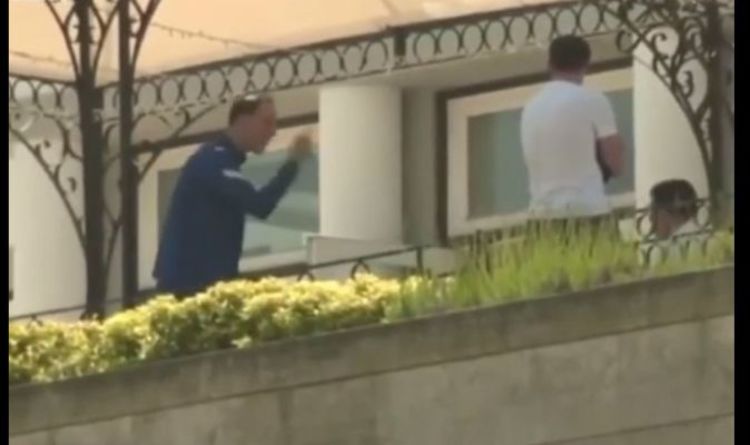 Tuchel was captured on camera giving instructions to members of his team in a style akin to Guardiola.

Frantic hand movements, indicating tactical moves, went on for a few seconds before the 47-year-old realised he was being caught on camera.

Tuchel gave a cheeky smile and a quick wave to the camera before the footage came to an end.

He already has the edge over Guardiola having beaten City in both of his matches against them this season.

JUST IN: Man Utd’s Dalot takes swipe at Solskjaer as he prepares for Milan deal 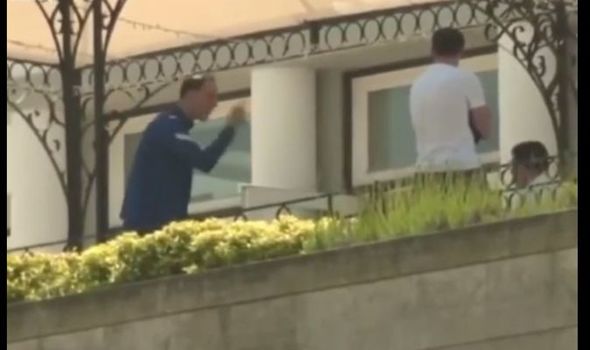 The German took over from Frank Lampard in January and embarked on a sensational run before their form fizzled out slightly towards the end of the campaign.

City had beaten Chelsea 3-0 at Stamford Bridge earlier in the season during a poor run for the west Londoners that ended with club legend Lampard being sacked after just 18 months in charge.

But Tuchel guided his side to an FA Cup semi-final victory over the Premier League champions in April.

Hakim Ziyech’s goal was enough to earn a 1-0 win and a place in the final.

Chelsea then extended City’s wait for their third Premier League title in four years with a 2-1 win at the Etihad Stadium.

Ziyech scored again against Guardiola’s side before Raheem Sterling equalised. 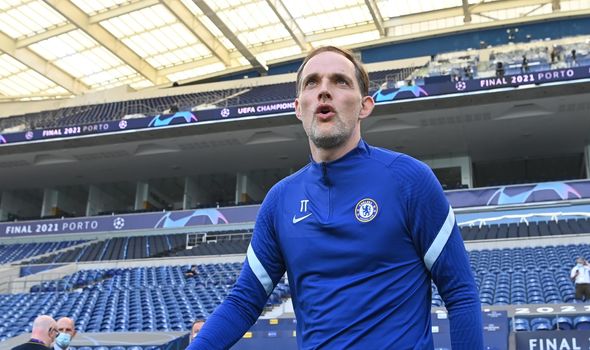 However, Marcos Alonso’s dramatic added-time winner meant that City waited a further week to be confirmed as top-flight champions.

And Tuchel appears to be at ease ahead of his third big game against City as Chelsea boss.

The 47-year-old has been videoed jokingly impersonating the way Guardiola passionately delivers instructions on the touchline.

Tuchel spoke about his rivalry with Guardiola ahead of the final, saying that the narrative should instead focus away from the managerial battle.

“It’s much more than that, I would never suggest it’s me against him, because we don’t have a match of tennis tomorrow,” Tuchel said on Friday.

“For me it’s about this tomorrow, it’s always tough to play against City, Bayern or Barcelona when Pep is at the sideline. They create and he creates this team with this huge belief, and this huge success, and continuously winning mentality.”
Source: Read Full Article