Chelsea forked out £57.6m to sign Pulisic from Borussia Dortmund in January before allowing him to see out the season in Germany.

The American will begin his life at Stamford Bridge under a different manager than he perhaps envisaged.

But Lampard has been hugely impressed by the 20-year-old who has decided to join up with the Chelsea squad earlier than planned having been in action for the USA at the Gold Cup this month.

The Blues boss likened Pulisic to himself when referencing his eagerness to get involved ahead of the new season.

“Christian joins us on Tuesday,” said the Chelsea manager.

“He’s had a short break, but he wanted to get back with us quickly, which I certainly appreciate.”

“I appreciate that [coming straight off the Gold Cup], it’s how I would have been.

“It’s a big move for him to a huge club. He’s a top young player.

“He’s only going to go one way in terms of his career – he’s going to go up and be a big signing for Chelsea. I hope so. I look forward to working with him. 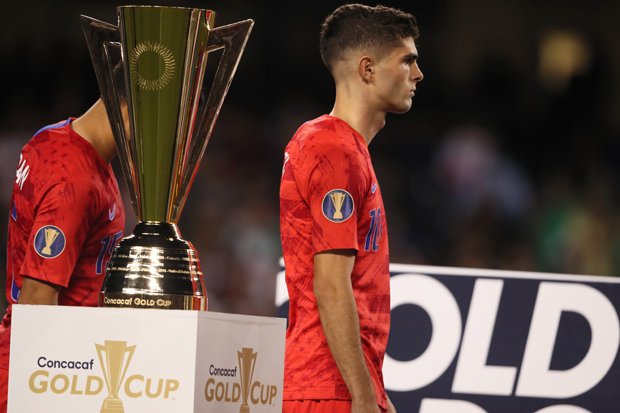 But he has bypassed the opportunity and will head to the club’s Cobham base just nine days after his last competitive outing.

“Pulisic is another top player, top talent, and young,” said the Brazilian.

“He just finished the last tournament very well, trying to do the best for the USA. For sure we’re going to wait for him here to help him develop as soon as possible.”