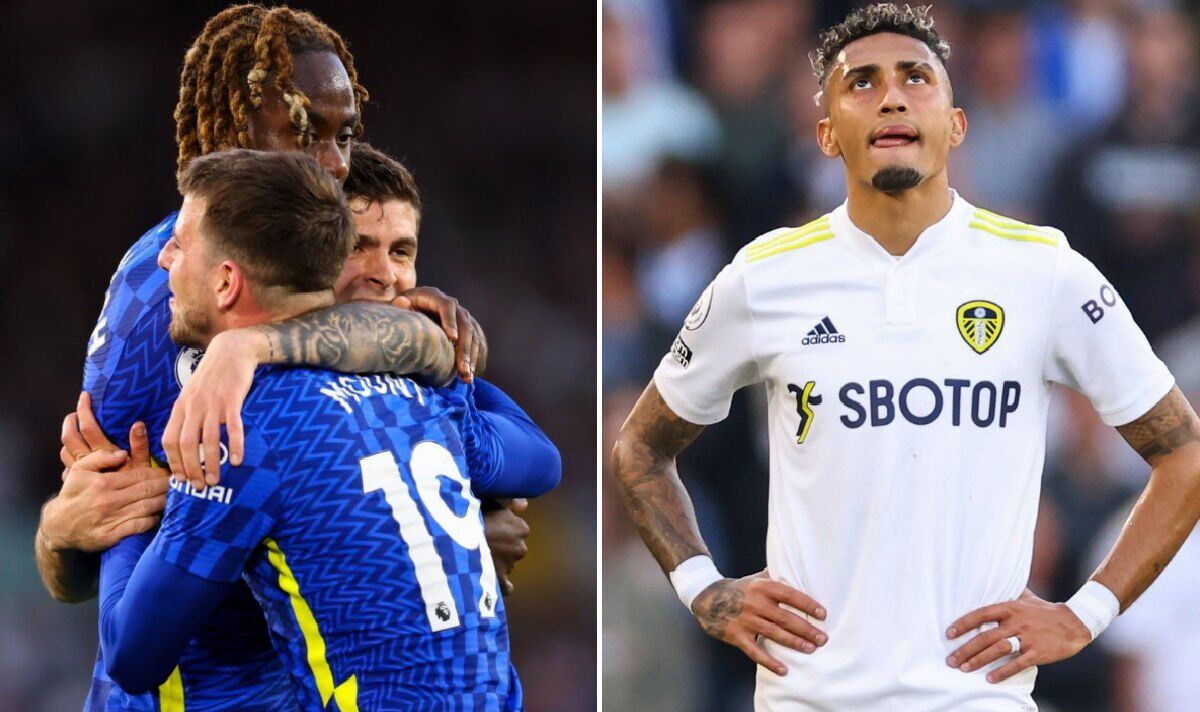 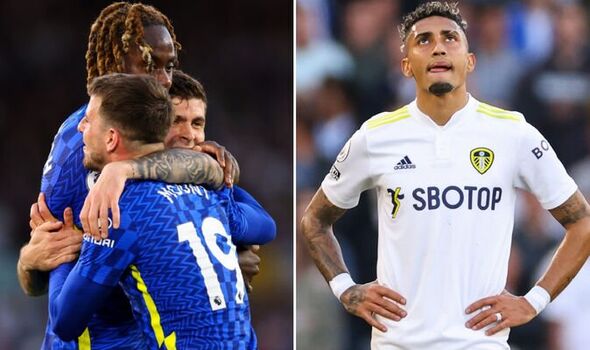 Chelsea saw off 10-man Leeds United at Elland Road on Wednesday night to return to winning ways ahead of the FA Cup final. Mason Mount, Christian Pulisic and Romelu Lukaku all scored against the hosts, who had Dan James sent off after 24 minutes, to solidify the Blues’ chances of Champions League qualification. Leeds are in real danger after a third straight Premier League defeat. Express Sport looks at five talking points from the match.

Chelsea’s Player of the Year last season Mason Mount is making his case to become just the third man since 1977 to defend his crown after Frank Lampard, Juan Mata and Eden Hazard. Leeds couldn’t live with the England playmaker throughout these 90 minutes.

It was he who produced a Lampard-esque late run and finish from the edge of the box to make it 1-0 early on. He also teed up Christian Pulisic to make it 2-0 and is now on 13 goals and 16 assists in 51 games this term. He provided much of the visitors’ creativity all game and was rightly named Sky Sports’ Man of the Match.

Mount will certainly have Liverpool worried at Wembley this weekend if he plays like this. He will be on a revenge mission against the Reds after spurning two brilliant chances in the Carabao Cup final loss to the same opponents back in February.

“You’re not fit to referee,” was the response from the Leeds fans to James’ red card, which came after a studs-up challenge on Mateo Kovacic. But match official Anthony Taylor got the game’s biggest call spot on – it was a stonewall red, the Welsh winger’s tackle the very definition of reckless.

Kalvin Phillips’ booking on the night means Leeds are now likely to become the first Premier League team ever to pick up 100 yellow cards in a single season, having collected a record 96. Such a record won’t help that infamous ‘Dirty Leeds’ nickname.

In Jesse Marsch’s first six games as Leeds manager, the Whites scored 10 goals. In the last four, they’ve scored just once. They’ve managed just six shots on target in the last four games. The hosts failed to force a solitary save from Edouard Mendy here against Chelsea.

With nine-goal Jack Harrison going off injured and Patrick Bamford still sidelined, there could be an awful lot of pressure on top scorer Raphinha against Brighton and Brentford. Leeds look like they need some magic to avoid a return to the Championship.

Worrying injuries for both

Harrison’s injury was the last thing a Leeds team already without the suspended Luke Ayling and the injured quartet of Bamford, Stuart Dallas, Tyler Roberts and Adam Forshaw needed. James will now miss the final two games of the season too. And to top it off there was a scare for Raphinha, who Marsch subbed off as a precautionary measure despite the Brazilian appearing to stress his muscle twinge was “just cramp”.

Harrison was spotted on the touchline watching the match after going off so Leeds will hope he’s fit to play the next match, because they’ll need him.

But there was disappointing injury news for Chelsea too, with Mateo Kovacic – another Player of the Year contender – forced off soon after James’ challenge. The Croatian will now be a doubt for the weekend’s FA Cup final with Ruben Loftus-Cheek, who replaced him at Leeds, perhaps the man to benefit although N’Golo Kante could also be fit again for Saturday evening.

The noise from the Elland Road home crowd would not have you know it, but Leeds – with their injuries and suspensions – are in massive danger. Burnley can move four points clear of them if they win their game in hand next week against Aston Villa.

You would suspect the Whites need a minimum of four points from a possible six from their final two games against the in-form Brighton and Brentford, who have picked up only less points than Manchester City and Liverpool in their past six games. But Leeds’ current inability to score enough goals, mixed with having the worst defensive record in the division, spells very bad news for them.

For Chelsea, however, third spot looks all but certain. They are one point from securing their Champions League spot. If Arsenal do not lose to Tottenham on Thursday night, the Blues’ fate will be confirmed. An Arsenal win would leave the gap between Chelsea and the Gunners at one point with two games to go while a draw would leave a three-point difference.