Arsenal striker Gabriel Martinell is continuing to work his way back from a serious injury, with the teenager expected back in full training before the end of the year. The forward has been out of action since June after suffering a knee problem in training.

Martinelli enjoyed a highly successful debut season at the Emirates, making his Gunners debut in August 2019 and going on to feature a further 25 times across all competitions.

The 19-year-old scored seven goals in 12 appearances in all competitions, including a memorable solo effort in the Premier League against Chelsea.

And the striker, who joined Arsenal from Ituano FC, has suitably impressed those watching, including former Manchester United defender Rio Ferdinand.

Ferdinand was quick to praise the striker when asked to make a comparison with Manchester United’s Mason Greenwood on his Instagram page. 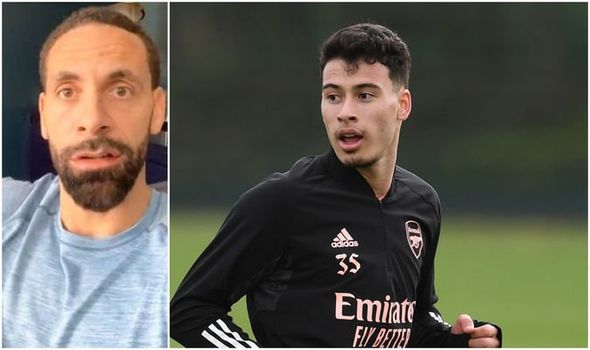 Ferdinand said: “To be 18-years-old, doing what he’s doing; the goal against Chelsea alone, he runs from the edge of his box – a set-piece against his team – he takes it to the other end.

“Normally, your legs are gone by then, you’ve got no energy and no juice in your legs, but he has the composure to slot it.

“Great player, but the awareness of the way he plays, the way he moves on the pitch, the intelligence to receive the ball, the positions he takes up.”

Ferdinand also explained how Martinelli and fellow Arsenal youngster Saka complement each other with their movement.

Ferdinand added: “He (Martinelli) comes inside at the right time to allow Saka to have space on the outside and ask the opposing full-backs the questions.

“It’s mad. He’s a mature player for such a young kid.”

Ferdinand’s comments echo the thoughts of former Arsenal captain Cesc Fabregas, who previously revealed that Martinelli is the one Gunners player he would’ve liked to play alongside at the Emirates Stadium. 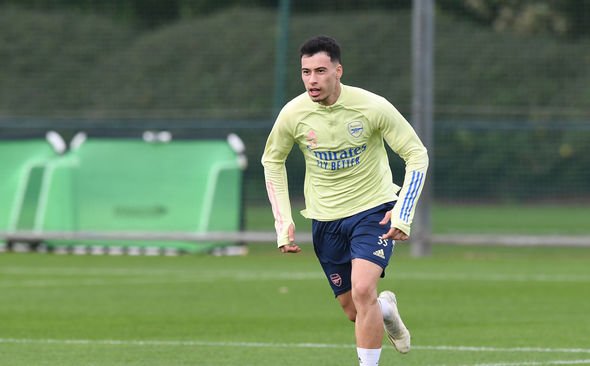 Fabregas previously hosted a Q&A via his official Twitter account where he covered a range of topics including the best players he has played with during his brilliant career.

Although, with more games behind him than in front of him, he was given the chance to answer an intriguing question.

When asked ‘who is one player in the current Arsenal squad you wish you could play with now and why?’ Fabregas didn’t have to deliberate over more than one player.

“Martinelli” was his response and despite not providing a reason, it’s likely this choice will have delighted Arsenal supporters.

Back in March, Arsenal boss Mikel Arteta outlined his vision for Martinelli as a centre-forward.

“[Aubameyang and Martinelli] are centre forwards but with the squad balance that we have at the moment, to play on those positions on the left we don’t have five players,” the Spaniard said.

But, in an interview with popular Brazilian YouTube channel Bolivia Talk Show, Martinelli has admitted he sees his best role being out wide.