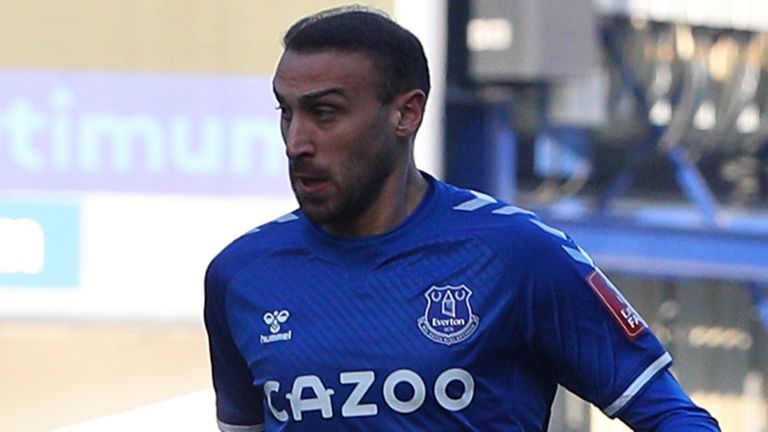 Cenk Tosun has claimed he did not celebrate a disallowed goal against Rotherham in the FA Cup with a politically motivated gesture, according to Everton club officials.

During the second half, the 29-year-old latched onto a James Rodriguez free-kick to finish past Rotherham goalkeeper Jamal Blackman from close range, but the goal was ruled out by VAR.

It is alleged the striker celebrated with the sign of Turkish far-right group the ‘Grey Wolves’ with his left hand before the goal was disallowed.

Club officials said they spoke to Tosun after the match and claimed he clarified that he did not make the gesture and was just “celebrating and pointing to the sky”.

Everton assistant manager Duncan Ferguson also said he did not see Tosun’s celebration so could not pass comment on it.

Tosun scored Everton’s opener in the ninth minute at Goodison Park with a left-footed chip which was his first goal for the club since 2019.

Midfielder Abdoulaye Doucoure secured Carlo Ancelotti’s side’s place in the fourth round with a finish early in extra-time.

The draw for both the fourth and fifth rounds will take place on Monday, January 11, ahead of the third-round tie between Stockport and West Ham.