Celtic have made a decision over Odsonne Edouard’s future, and are planning to go big in the January transfer market in a bid to halt Rangers’ march towards the Scottish Premiership title.

Celtic are unwilling to accept any bids for Edouard in the January transfer window.

The striker has been attracting attention from around Europe in recent months, having previously been linked with Paris Saint-Germain and Manchester United.

Now, however, AC Milan are in the driving seat for his signature and are said to be ready to test the waters with an opening bid in the region of £20million.

The Serie A leaders are on the hunt for a long-term replacement for Zlatan Ibrahimovic, with the 39-year-old in the twilight of his career. 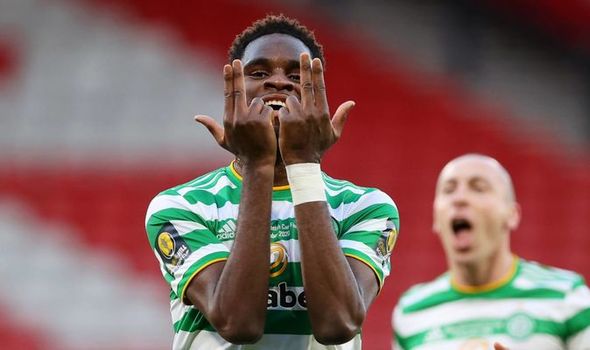 But Celtic, who are chasing down Rangers in the Scottish Premiership table, are 16 points behind Steven Gerrard’s side with three games in hand.

And they are apparently unwilling to do anything in January to jeopardise their chances of leapfrogging their old firm rivals.

The Daily Record claims Celtic won’t allow Edouard to leave under any circumstances.

They have, however, agreed to sell the French striker before 2022, meaning he’ll likely be on his way at the end of the season.

Celtic are ready to double-down on their commitment to save their season by bringing in a new winger on loan, the report also states.

James Forrest isn’t expected to return to the side until February at the earliest, by which time the title race could be done and dusted.

There could be a fairytale return for Patrick Roberts, who spent two years at Celtic and won two league titles at Parkhead – becoming an instant fan favourite.

Roberts, 23, is still under contract at Manchester City until 2022, but he doesn’t appear to have any chance of breaking into the first-team side any time soon. 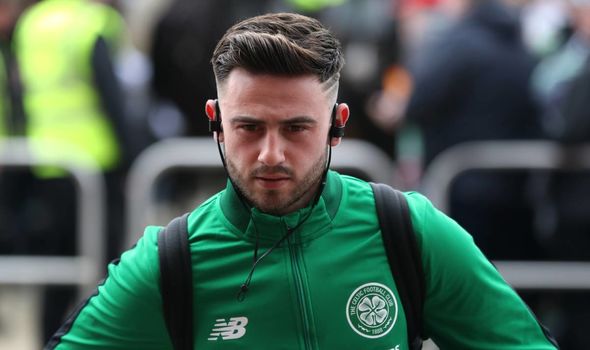 He played his best football at Celtic and has since had spells at Girona, Norwich and Middlesbrough.

Boro boss Neil Warnock has openly confirmed that Roberts will be able to leave in order to gain some first-team minutes, opening the door on a return to Celtic.

Warnock said: I’ve had a chat with Patrick, he’s aware of the situation. The lad wants to play.

“I don’t want him to leave but if he thinks he can improve his chances by going I wouldn’t stand in his way. 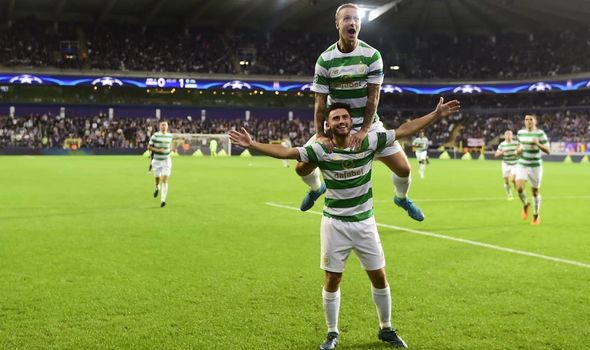 Roberts is said to be open to heading back above the border, with Celtic hero Si Ferry even claiming he would walk back to Scotland to return on loan.

“You think of Patrick Roberts when he first broke into the scene with Fulham as a 16-year-old kid and he ripped the Championship up,” he said. “He’s now gone back to the Championship four or five years older and he can’t get a game.

“These players think the grass is greener down south. Patrick Roberts wanted to go back down to England to play.

“But when you realise you’re going from a Celtic to a Middlesbrough, it’s a totally different level.

“I’ve no doubt that Patrick Roberts would walk back up here to play for Celtic because playing for Middlesbrough is no comparison.”