Celtic have the edge over Aberdeen, says Callum McGregor as they aim for repeat of 2016 in Betfred Cup final

Callum McGregor has fired the opening salvo in the Betfred Cup final war of words by telling Aberdeen that Celtic already have the ‘edge’ over them.

The Dons will face off against Brendan Rodgers’ side at Hampden on December 2 to decide who will lift the first trophy of the season.

The rivals met in the final two years ago and locked horns again in the Scottish Cup final at the end of that campaign. 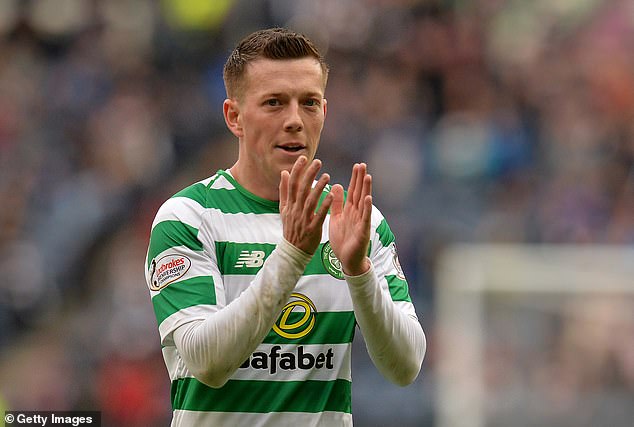 On those occasions, Rodgers’ side won the Betfred Cup 3-0, with Derek McInnes’ men losing 2-1 when they renewed their rivalry at Hampden in May 2017.

And midfielder McGregor feels the fact his team-mates will be able to draw on those victories at the national stadium will prove to be a distinct advantage when they return there in December.

Speaking after Aberdeen had upset the odds to eliminate Rangers following Celtic’s win against Hearts, McGregor said: ‘We’ve not had an Old Firm final for a good few years, so it would have been incredible to be involved in that.

‘It’s Aberdeen again, though, and it’s a tough game. We have a good record against them in finals in recent years.

‘It’s great to call on that experience. You always remember those results and it can give you an edge going into the next one.

‘They deserve to be in the final and, on their day, they are a match for anyone. But we’ve been there before and we’ve managed to win leagues and cups along the way, so hopefully we can get another one.

‘We have to prepare properly to arrive at that game with confidence to make sure we get the job done.’

Defeated in Leipzig last Thursday, Rodgers’ side kept up their remarkable record of bouncing back from reverses in Europe by seeing off Hearts at Murrayfield. 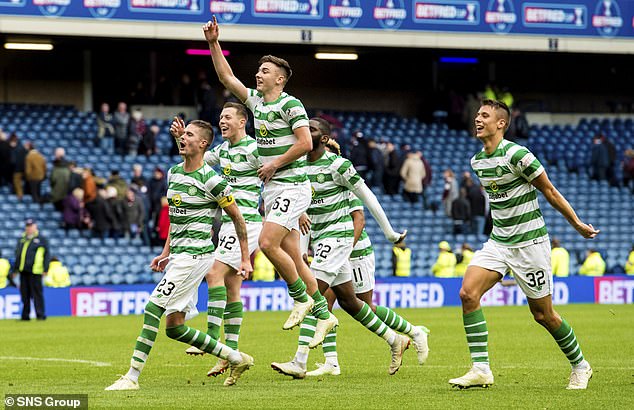 Sunday’s 3-0 win was the fifth time Celtic have won a semi-final or a final in the Betfred Cup in the past three seasons straight after a European loss.

‘We bounced back from the European game,’ McGregor added. ‘That’s a big part of being at Celtic. It’s a step up when you play in Europe but it seems often to be the case we come back to big games, like semi-finals and finals.

‘We have learned we can’t be too disappointed when we have massive games just a few days later. Five finals out of five is incredible and it shows the character of this team.

‘We have the strength to bounce back. It’s a great record we have in the big games and it’s testament to the lads. Our guys go and show why they are top players.’

Effusive in his praise for the way his team-mates took the game to Hearts in the second half, McGregor said: ‘It was another big game for us and it was a case of: “Can we go and do it again?”. I think we answered that.

‘We were outstanding in that second half. We passed the ball, created numerous chances and it could have ended up four or five.’ 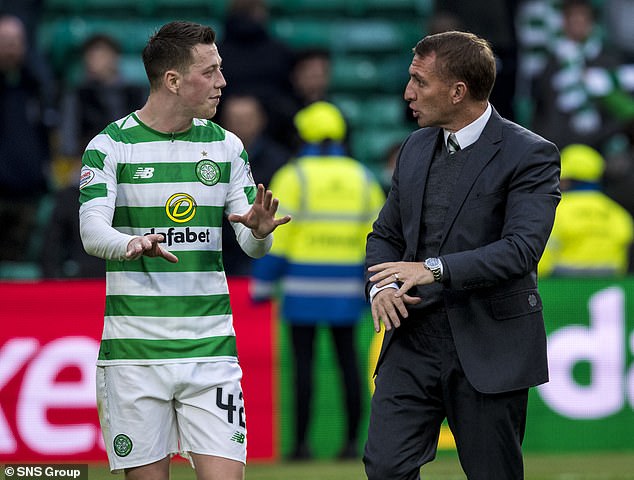 But in Scott Sinclair and Ryan Christie, Rodgers had the replacements who turned the semi-final in his side’s favour.

‘The two subs were outstanding,’ said McGregor. ‘Scott and Ryan really lifted us. Huge credit to them.

‘It shows the strength in depth. Hearts were missing three or four and obviously that hurt them.

‘We had a few out and lost another couple during the games.

‘But you look at the quality we still have on the bench and there are guys who can make a real impact.’

Ntcham is likely to be absent for Wednesday’s trip to Dundee, who lie bottom of the Premiership.

The Frenchman said: ‘I think Wednesday will be too early for me. It’s a hamstring problem — I hope to be fit in time for next weekend but I don’t know.’