‘No we’re not?!’ Disbelieving young Celtic fan gets surprise of his life when told he is on the way to Germany to watch Europa League clash in Leipzig

Often we are reminded just how much football can mean to its most ardent supporters.

For one young Celtic fan, a return ticket to Germany for Thursday’s Europa League clash against RB Leipzig was the gift of a lifetime.

Brendan Rodgers’ side head to Leipzig for a crunch clash against the Bundesliga outfit, with both teams locked on three points after two rounds of fixtures. 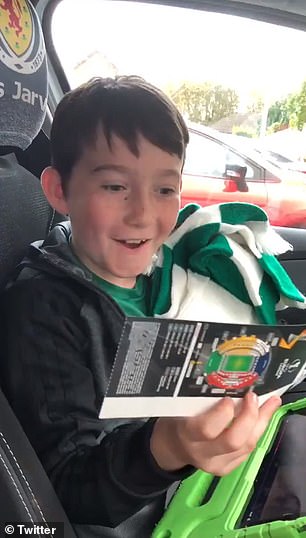 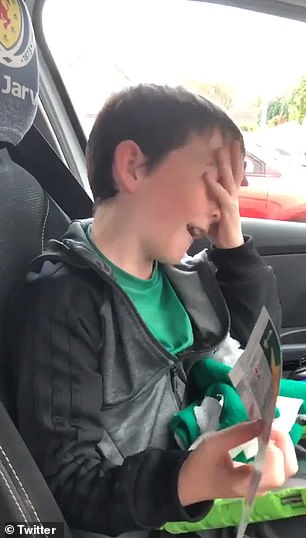 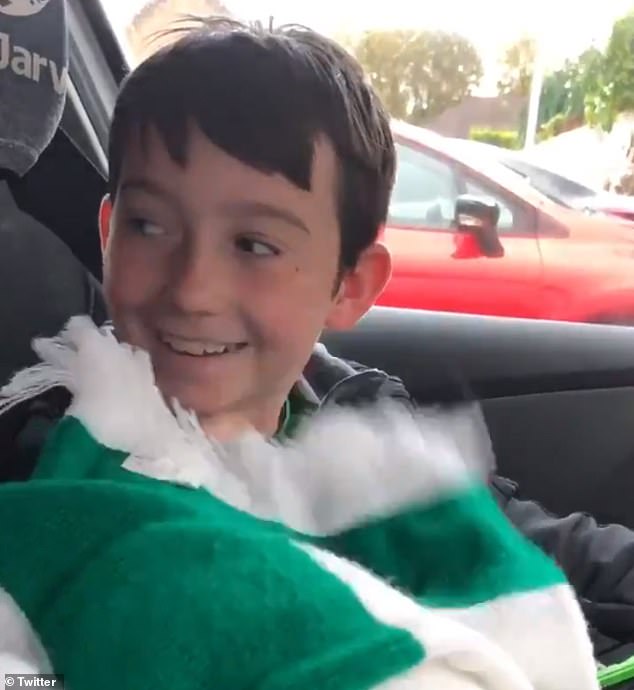 Sat in the car on his way to the airport, what appears to be his mum hands him the green-and-white-hooped scarf to begin the revelation.

Still confused, the boy continues to look at his mother before she tells him they are on their way to the airport to fly to Germany.

The ecstatic youngster takes a look at his ticket before repeatedly saying ‘No we’re not?! No we’re not?!’ in a moment of pure disbelief.

The young lad will be keeping his fingers and toes crossed that his beloved Hoops can produce a result for him in east Germany.

No matter the result, however, that reaction would certainly have been priceless for the parents. 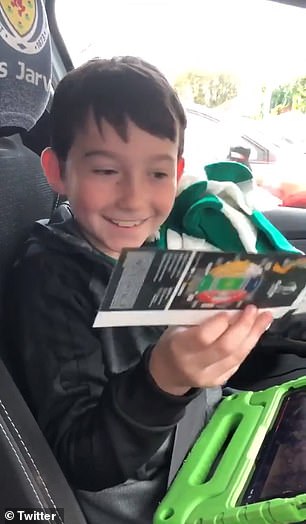 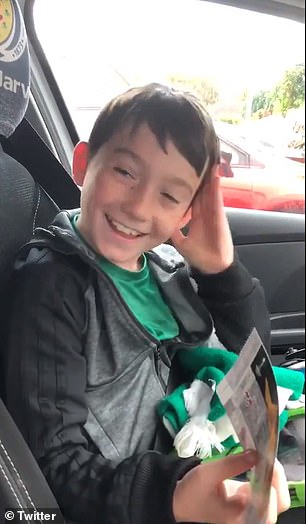 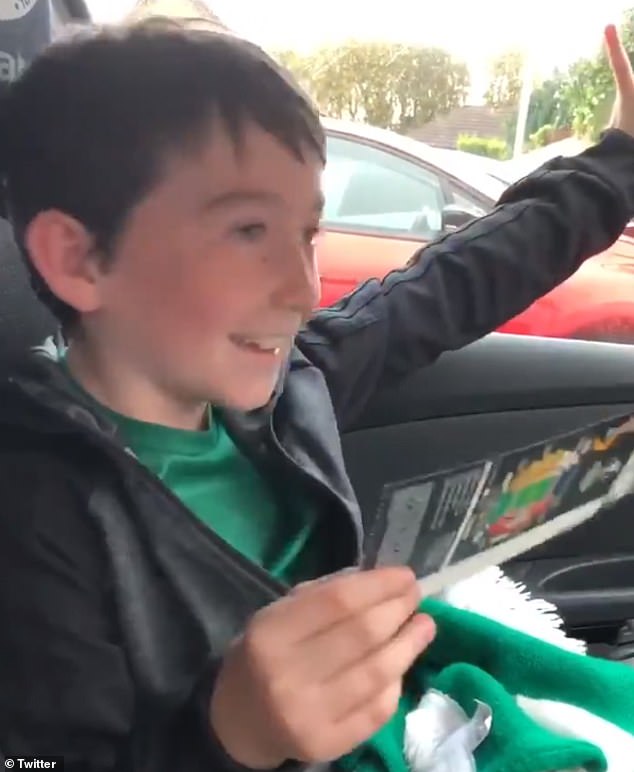 Regardless of who you support, this should put a smile on your face (Via @kris_jarvie)… pic.twitter.com/kh0lzQyq73