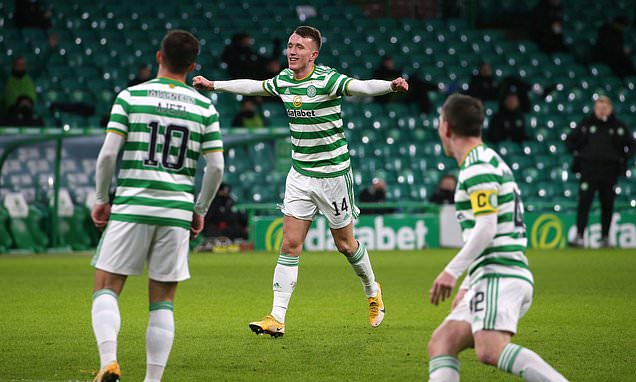 After 68 minutes of frustration for Derek McInnes the Aberdeen manager allowed his emotions to spill over.

Using some choice language to describe a dubious Celtic free-kick in the middle of the pitch the Dons boss attracted a yellow card and a telling off from referee Alan Muir.

By the end of the night Aberdeen had gone six games without scoring for the first time in their history. And, after one win in their last ten, calls from supporters for chairman Dave Cormack to flash something strong than a yellow card are likely to intensify. 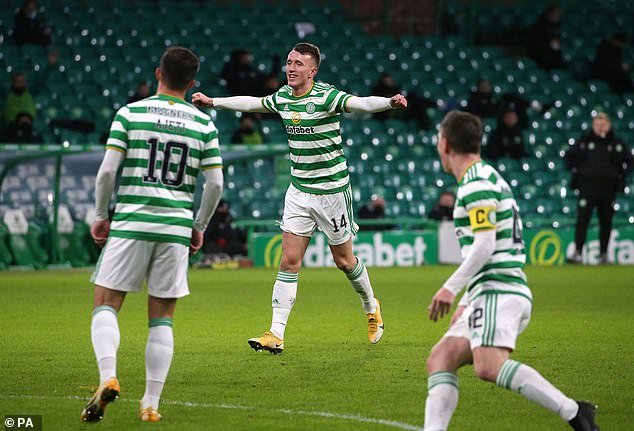 Over 500 minutes have now passed since the Dons last nicked a goal of any description.

During a passive first half Florian Kamberi thrashed a low show against the base of the post.

In a frantic end to the game the Dons threw the kitchen sink at grabbing an equaliser, Celtic defender Kris Ajer a solid rock at the back. Ultimately the Pittodrie side failed to test Scott Bain in Celtic’s goal often enough. For McInnes these are dangerous days and Neil Lennon knows better than anyone how that feels.

Like McInnes, the Celtic manager has spent much of this season under siege. A seventh goal of the season for David Turnbull made it five wins on the bounce and narrowed the gap on Rangers to 15 points. Yet no one doubts that the crown of the champions is slipping fast. For Celtic a run of wins is a case of too little too late.

Make no mistake, McInnes needs a result fast. He needs something to happen quickly, ideally against a vulnerable Kilmarnock side this weekend. 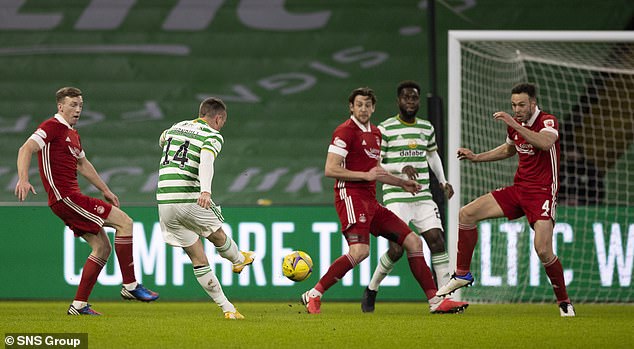 The loss of the only goal after 15 minutes betrayed a worryingly passive streak. The ball went straight from the arms of Celtic keeper Scott Bain to the opposition net without a Dons player putting in a tackle, let alone getting a touch.

Gathering from Bain in his own half Callum McGregor raced over the halfway line before squaring to David Turnbull on his right.

The reluctance of anyone in a red shirt to get out and close down the midfielder was calamitous. The Scotland under-21 international had all the time in the world to look up and smash a superb right foot from fully 25 yards low into the bottom corner of the net past a helpless Joe Lewis.

A stunning strike, the reaction of McInnes said it all. Slapping his thighs in despair the Aberdeen boss knew the goal was too easy to come by. To take anything in this game the visitors had to get to grips with an opponent in the mood.

In the opening half hour, at least, it didn’t look likely. A Turnbull corner was headed out to the edge of the area where it fell invitingly for McGregor to take a stab on the half volley from 18 yards, the ball fizzing over the bar. 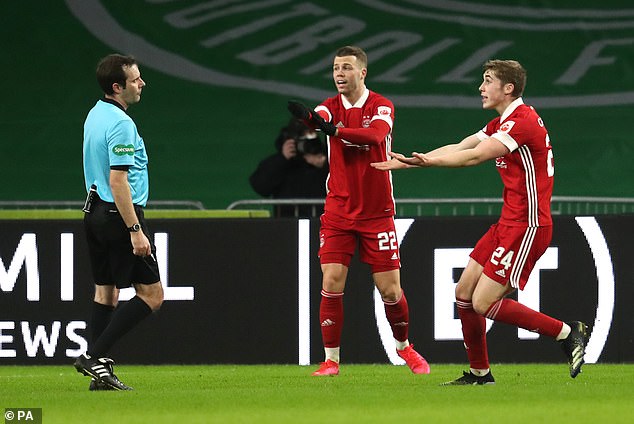 Aberdeen finally woke up before half-time. They finally gave notice of their willingness to make a game of it. A brilliant run to the by-line by Dean Campbell resulted in a flashing ball across the face of Celtic goal, nobody in a red shirt applying the finish.

Approaching 500 minutes since their last goal the Dons came even closer moments later. Former Hibs and Rangers striker Florian Kamberi gave notice of his willing with a promising run before the Celtic goal. He came to within inches of drawing the visiting team level – and breaking the drought – when he hammered a right foot low shot against the face of the upright. The ball bounced to safety and Aberdeen hung their heads. Teams have developed a complex for less.

Embracing their good fortune Celtic applied themselves once more before the interval. It needed a fine save from Joe Lewis to prevent Odsonne Edouard making it 12 goals in 12 games. The Frenchman has a the spring back in his step and he was involved once again when he indulged a Turnbull one-two – the goalscorer’s low shot deflected inches past the post.

It didn’t need a glass against the wall to figure out what McInnes said to his players at half-time. They had spent too much of the first half standing off, a man for man system allowing the champions to find pockets of space.

That was evident after 54 minutes. Aberdeen had to start the second half with some bite. They had to get in Celtic faces. Yet the home side so nearly doubled their lead when captain Callum McGregor took one touch and burst past Ross McCrorie, advanced towards the byeline. 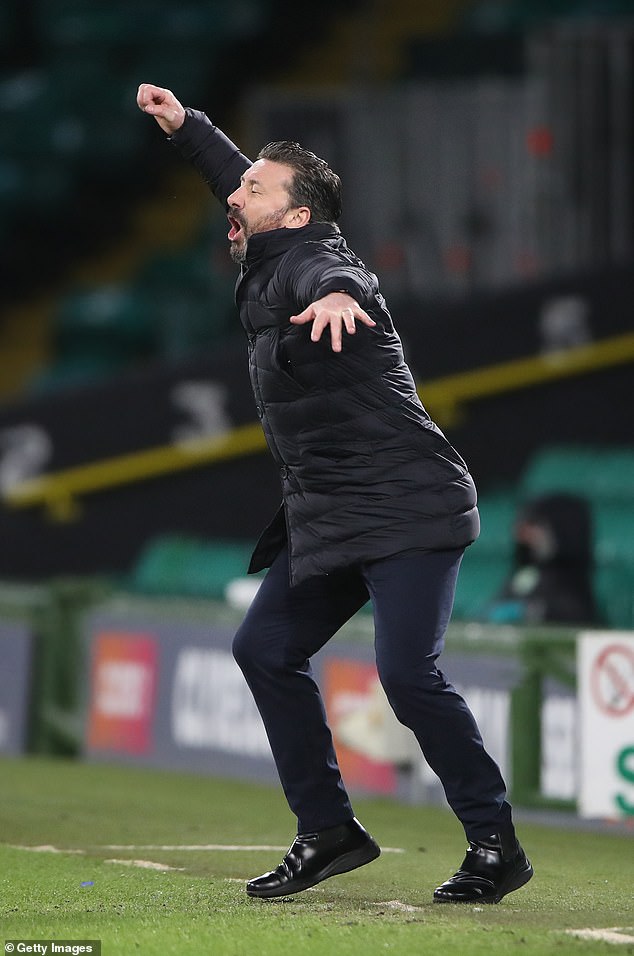 A driven cut back was controlled by Turnbull before a slightly sclaffed attempt on goal was blocked on the line by Andrew Considine. Either side of goal he’d have scored. If anything he hit it too close to the centre of goal.

Bit by bit Aberdeen began to make ground. As the game passed the hour mark, one goal in it, they seemed to sense a fragility in Celtic. So dominant and powerful in the opening half hour the home side were less sure of themselves. So often the tormentor of Aberdeen, Tom Rogic replaced Albian Ajeti after another ineffectual display by the Swiss striker.

Aberdeen made a change of their own, the introduction of Connor McLennan for Jonny Hayes offering a hint of attacking intent. They were still in the game.

The introduction of Scott Brown was an admission of danger from Neil Lennon. Nowhere near as fluent in the second half as they’d been in the first they still have a match to win. In truth, it was a poor second half devoid of real chances.

The last throw of the dice for McInnes was Niall McGinn and on-loan striker Calum Hendry for Fraser Hornby. Despite selling his three best players for £6million the Dons boss was forced to spend deadline day scrambling around for strikers on loan and, so far, he has yet to see much return. Proof, if it was needed, that you usually get what you pay for.