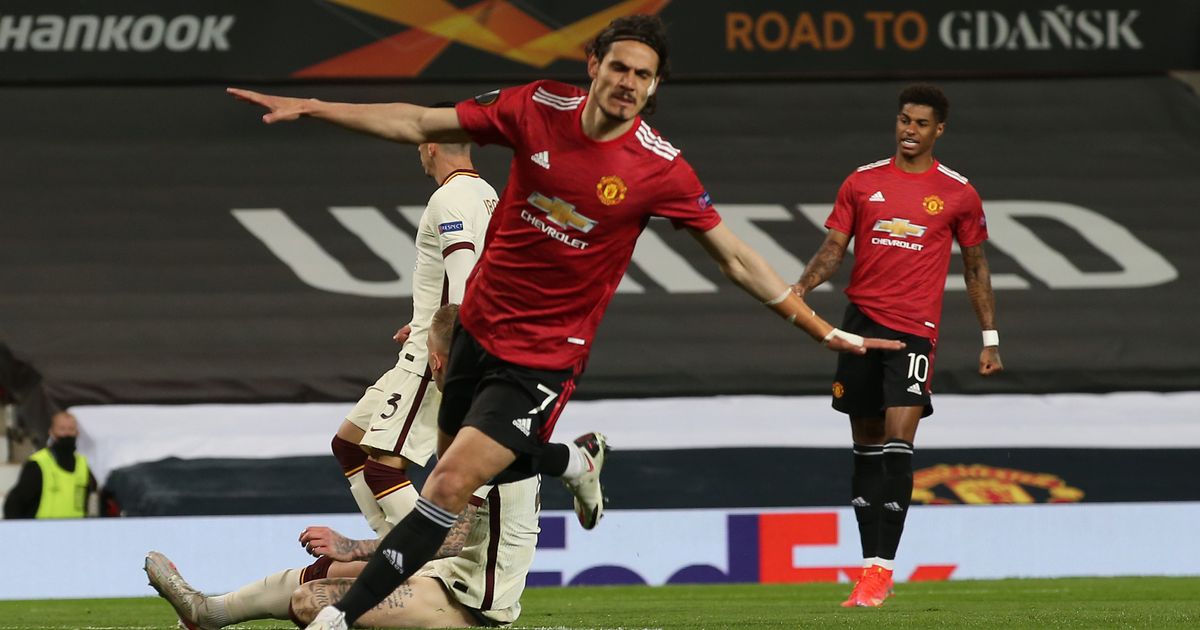 Edinson Cavani is ready to change his mind and commit himself to Manchester United for one more season.

Cavani, who joined United as a free agent on transfer deadline day last October, looked set to leave this summer after just one season at Old Trafford.

Although the Uruguay striker has flourished on the pitch, with 12 goals, he has struggled off it, missing his extended family and pining for a return to his native South America.

Argentine club Boca Juniors had hoped to sign Cavani, but reports from South America have indicated the 34-year-old is set to stay at United for at least one more season.

An announcement is expected from Cavani next week, with the prospect of him signing a one-year extension with United now looking increasingly likely.

After Cavani's starring role in United's 6-2 Europa League semi-final first leg rout of Roma, in which he scored twice, made two assists and won a penalty, boss Ole Gunnar Solskjaer repeated his wish for the forward to remain at Old Trafford next season.

“I promised him Old Trafford is a different place with fans,” said Solskjaer. “He has to feel, scoring those goals at the Stretford End, with fans.

“We’ve got the best fans and as a goal scorer there’s no better thing to score in front of them.

“Manchester is a fantastic place to live. I’m doing my best. Hopefully he can see himself being here for another year. He knows my feelings, he knows I’d love to have him for another year.”