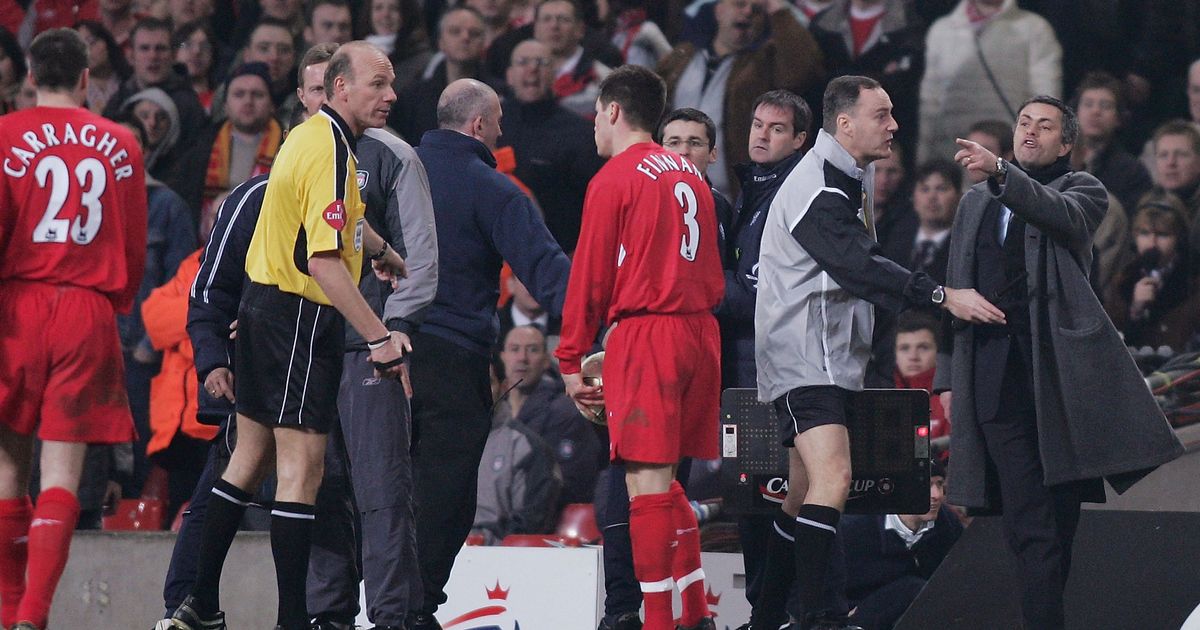 Jamie Carragher has recalled his explosive first encounter with Jose Mourinho – which saw him brand the Chelsea manager’s previous team at Porto “the f****** worst” for diving.

Mourinho was sacked by Tottenham earlier this week after just 17 months in charge, losing his job on the week of their long-awaited Carabao Cup final against Manchester City amid a run of just one win in six.

The Portuguese’s dismissal could mark the end of his iconic stint in English football, which began when he took charge of Chelsea back in 2004.

His Blues side enjoyed a fascinating rivalry with Rafa Benitez’s Liverpool, fighting it out in a series of memorable Premier League and Champions League encounters.

One of Mourinho’s very first battles with the Reds came in his debut season, when Chelsea took them on in the 2004/05 League Cup final.

And Carragher has reminisced about his fiery introduction to the Special One, saying in his column for The Telegraph: “I will never forget my first encounter with Jose Mourinho.

“It was in Cardiff’s Millennium Stadium during the 2005 League Cup Final, and the Chelsea manager rushed to the technical area to accuse my teammate, Luis Garcia, of diving.

“Dashing to the scene, I let rip.

“The altercation lasted 30 seconds. The Chelsea and Liverpool fans loved it.

“Chelsea beat us after extra-time and I was distraught. After the game Mourinho found me. His mood was much different as he offered me his commiserations.

Mourinho won two Premier League titles, as many League Cups and the FA Cup during his first stint at Chelsea, before adding another title and League Cup to his collection after returning in 2013.

When he was sacked in December 2015, he moved on to enjoy a two-and-a-half-year spell at Manchester United, winning the League Cup and Europa League before departing in December 2018.