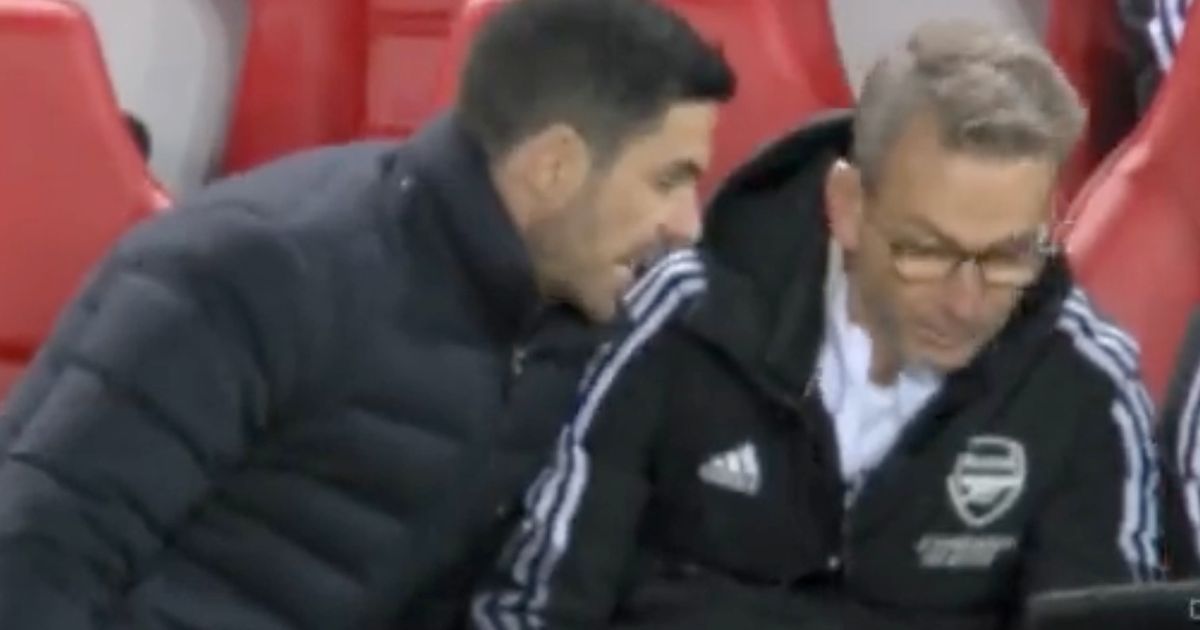 Jamie Carragher has claimed that Mikel Arteta will lay blame with Aaron Ramsdale too over Granit Xhaka's red card rather than just the Swiss international.

Xhaka was given his marching orders inside the first 45 minutes against Liverpool during their Carabao Cup clash.

The 29-year-old was covering Kieran Tierney when Andy Robertson launched a ball over the top of the defence, causing Xhaka to bring down Diogo Jota.

Xhaka was immediately sent off, as the last man of the Gunners' defence, and fans fumed at his actions.

However, the Liverpool legend believes Arteta will blame another player for the Gunners being down to ten men.

Carragher, who was appearing as a pundit on Sky, said: "Xhaka knows he’s there – has two or three looks so he is well aware that he’s there.

"Initially, I thought does he know he’s there? Is it a harsh red card?

"Jota just thinks I’ve got to get my chest there and Xhaka does what Xhaka does, makes an absolutely ridiculous challenge when Jota still has so much to do.

"I think Mikel Arteta will actually look at his goalkeeper.

Whose at fault for the red card? Let us know in the comments section

"I think he keeps coming, we see this so often now ‘keepers coming out the box to clear it or maybe head it, then he scares Jota and heads that away.

He added: "Initially me and Merse weren’t sure because did he know he was there but he’s taken him out. The force has taken him out. An absolutely ridiculous challenge."

It was Xhaka's fifth red card during his time at Arsenal, with his last red coming against Manchester City at the start of the Premier League season.

The Swiss will now miss Arsenal next three games, including the North London derby.