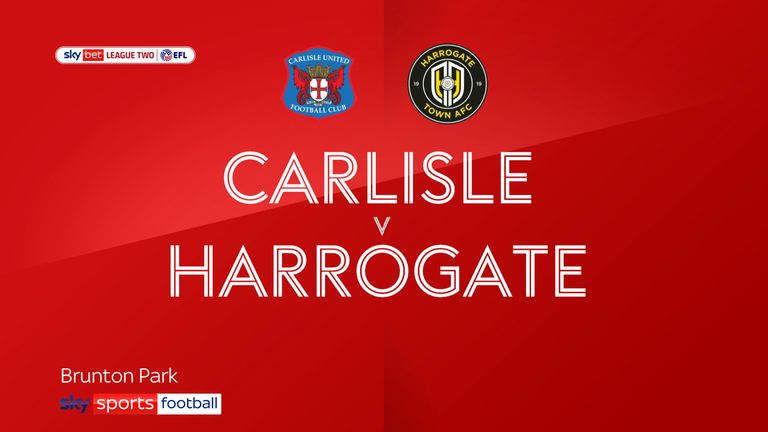 Carlisle missed the chance to make up ground in the League Two play-off race after they came from behind to draw 1-1 against Harrogate.

Josh Kayode’s second-half equaliser secured a share of the spoils but it left Chris Beech’s side five points off the pace with just three games left.

Harrogate’s Jon Stead saw an early effort ruled out for offside after a decent finish from an acute angle.

But it was soon 1-0 when Jack Muldoon fired home his 14th league goal of the club’s first season in the Football League after 11 minutes.

The first half went by without much else of note after a fast start with defender Will Smith missing a header to double the visitors’ advantage.

Carlisle pushed for an equaliser after the break and the pressure told with 15 minutes to go.

The hosts almost won it in comical fashion as substitute Cedwyne Scott’s effort was sliced on to the crossbar by Warren Burrell before the spoils were shared.