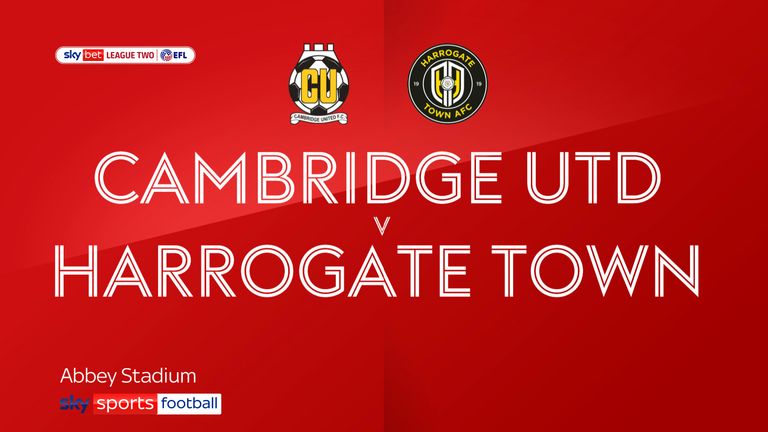 Cambridge climbed into the top three in Sky Bet League Two with a late 2-1 victory over Harrogate in foggy conditions.

Mark Bonner’s hosts trailed in the 10th minute but turned the game around in the final 20 minutes, striking back to secure a win against 10 men.

Harrogate’s goal came as Connor Kirby’s high ball was flicked on by Josh March to Jack Muldoon, who ran through to net his 10th goal of the season.

In thick fog, which got significantly worse as the game wore on, Cambridge equalised on 71 minutes.

And, after the hosts’ Kyle Knoyle had been denied, substitute Joe Ironside levelled when he converted Wes Hoolahan’s centre from close range via the far post.

The visitors were reduced to 10 men 12 minutes from time when sub Lloyd Kerry was dismissed for raising his hands to Harry Darling – and Cambridge made the most of their advantage three minutes later.

Adam May worked the ball right to Hoolahan, who stroked the ball into the bottom corner from the edge of the box.