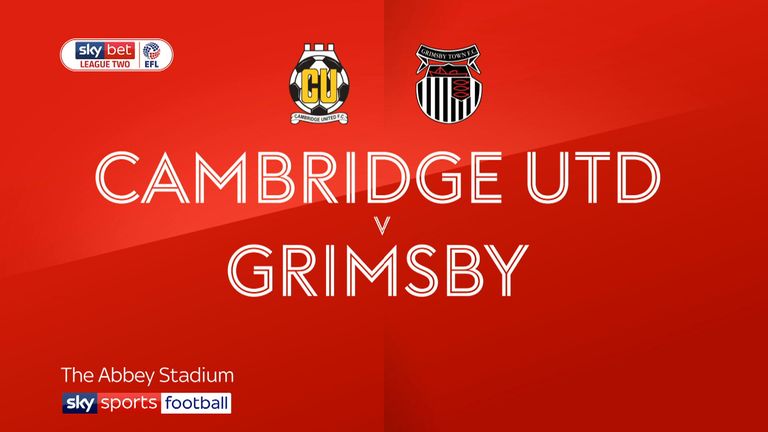 Cambridge earned a late 1-0 win for the second week in succession as they beat Grimsby.

Soon after Us goalkeeper David Forde had twice kept out Elliot Embleton, David Amoo broke free down the right and drilled a fierce cross which was converted from close range by fellow substitute Paul Lewis six minutes from time.

The hosts had looked to be frustrated after enjoying the majority of the chances throughout the afternoon. They could have gone ahead in the first minute of the game, but when Jevani Brown drove the ball across from the left Reggie Lambe could only divert it wide.

Brown could have done better when well-placed on 34 minutes following Liam O’Neil’s slid pass, only to fire wide from the edge of the box.

In the final seconds of the first half James McKeown was called upon to keep the game goalless, tipping the ball away when O’Neil met Brown’s free-kick with a firm header.

The Us looked set to be denied a third straight win until Lewis’ late intervention.