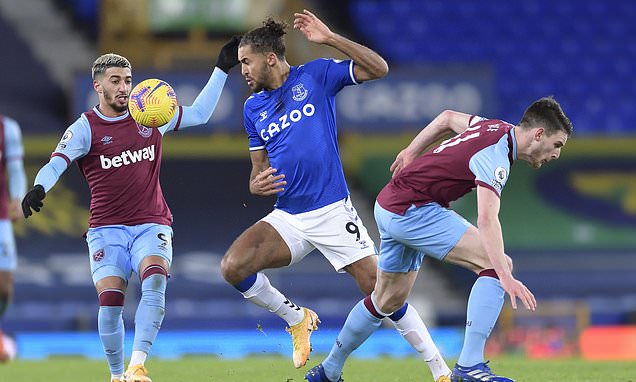 Everton will be without Dominic Calvert-Lewin for the trip to Wolves on Tuesday because of a hamstring injury.

Calvert-Lewin, the joint-third highest scorer in the Premier League this season with 11 goals, sat out the weekend’s FA Cup win over Rotherham.

And Toffees manager Carlo Ancelotti expects to be without the England international again. 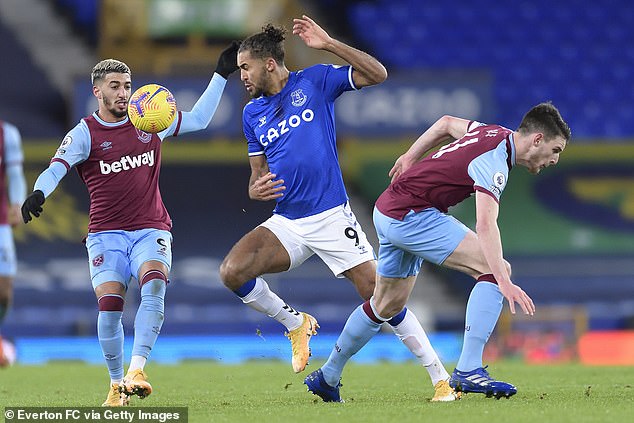 Asked if he had an idea how long he would be without his leading scorer for, the Italian said: ‘No. I think soon he can recover.

‘He had a little problem during the week before West Ham but for the fact he has never had this kind of injury he was not able to judge himself at 100 per cent.

‘He played the game against West Ham, which means it is not a really important injury, but we want to keep him safe and, when he comes back, to be 100 per cent.’

Calvert-Lewin’s absence will come as a big blow to Ancelotti, who have European aspirations after a strong start to the Premier League campaign.

The Toffees, desperate to bounce back after their disappointing 1-0 defeat at home to West Ham, currently sit seventh in the Premier League level on 29 points with Tottenham in fourth. 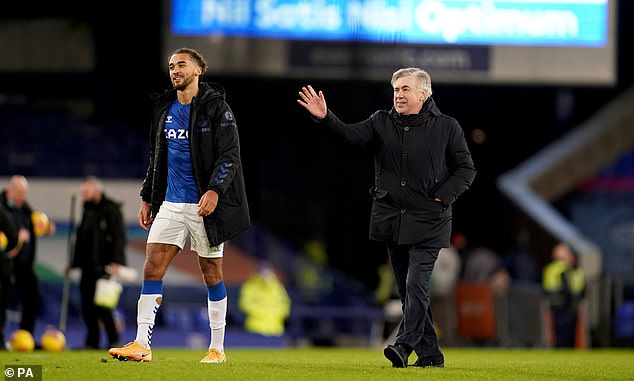 Calvert-Lewin’s absence will come as a huge blow, having scored 11 times in Premier League