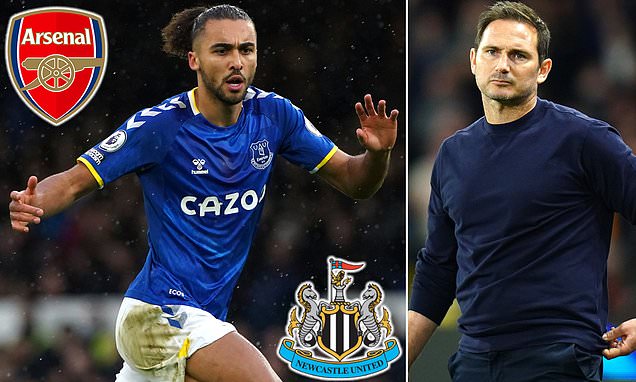 Dominic Calvert-Lewin has NOT had his head turned by interest from Newcastle and Arsenal, insists Frank Lampard… but Everton boss will hold talks with England forward at the end of his injury-ravaged season

Frank Lampard insists Dominic Calvert-Lewin’s head has not been turned by interest from Premier League suitors but will hold talks with England striker at the end of the season.

Calvert-Lewin has barely figured for Lampard. He’s played just 542 minutes since February, completing the full game twice, and his substitute appearance at Watford on Wednesday was the first time he had played since April 9.

It has not stopped Newcastle registering an interest in the forward, following Arsenal’s lead. Mikel Arteta’s side have courted Calvert-Lewin for 12 months and the indications are they will move for him when the window opens. 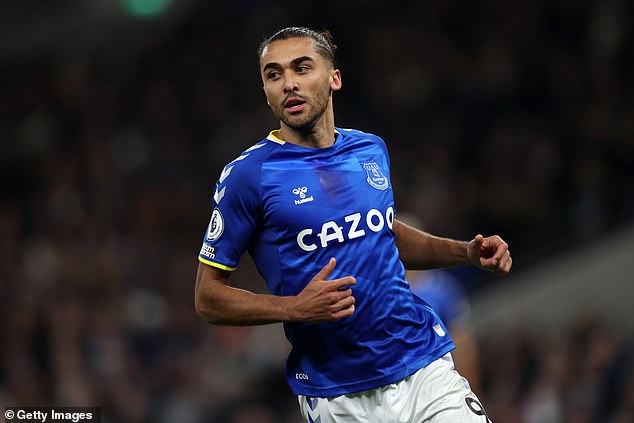 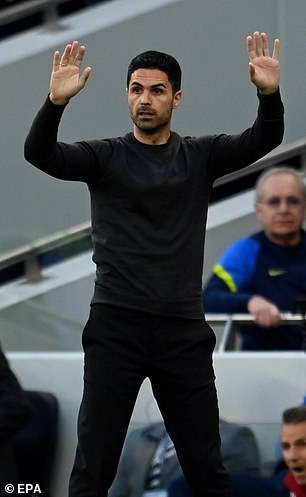 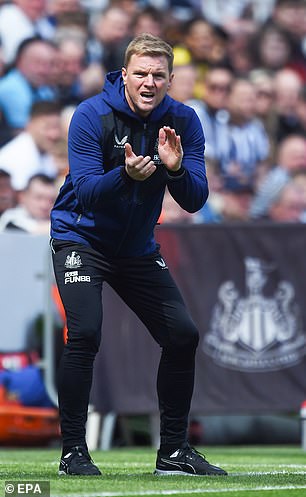 But Lampard is not concerned about the noise. He expects the 25-year-old to be involved in Sunday’s crucial meeting with Brentford – a game that could potentially banish the threat of relegation for good – and has not seen a worry over his attitude.

Lampard said: ‘He is a fantastic striker, the pedigree of striker that there aren’t many around. It’s been unfortunate for me, I think, that I haven’t had him fit.

‘He’s had little moments but we know that strikers – particularly out of any position – need runs of games and fitness and confidence.

‘We’ve never been able to get that for Dominic to be fair to him. But yeah, he’s a huge player, they are not very common. He is contracted to us, three years left on his contract, and I want to take this club forward and players like Dominic help that. 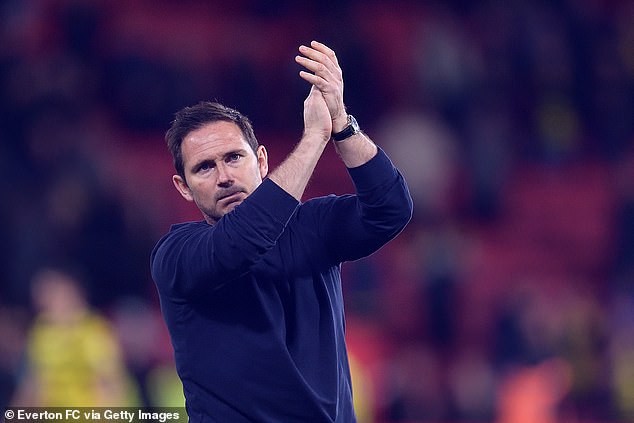 ‘I know he hasn’t been playing at the minute because he’s been getting fit, but now he’s fit, so hopefully he will contribute in the last few games for starters and then he’s our player. He’s a player that would be wanted by clubs because of the level of player he is.

‘There are not many strikers out there, they cost a lot of money. I’m not worried about him at all.’

Lampard intends to meet with many players at the season’s end over what the future holds for them but the manager did confirm that he expects Donny van de Beek, who has been on loan from Manchester United, to return to Old Trafford to work with Erik Ten Hag. 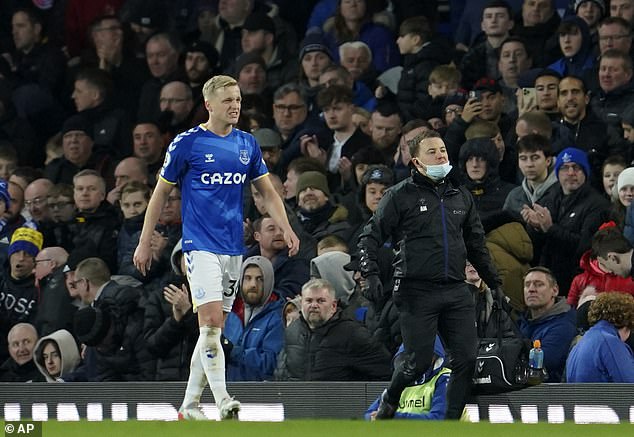