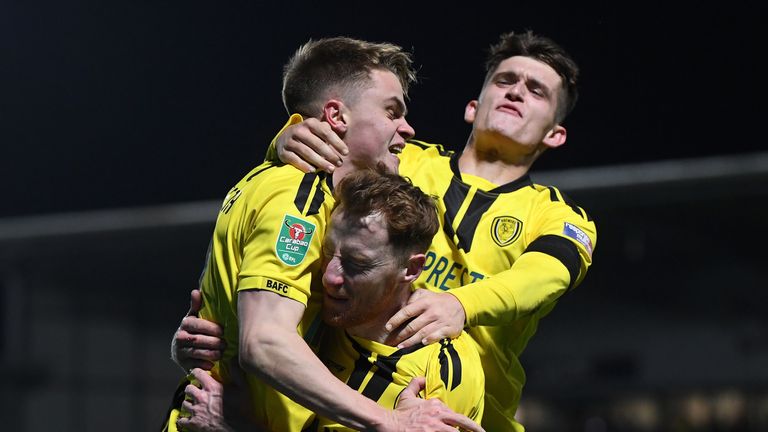 Nigel Clough got one over former club Nottingham Forest as Burton Albion reached the quarter-finals of the Carabao Cup with a 3-2 win on Tuesday.

The Burton boss made 412 appearances for Forest while his father, Brian, won eight major trophies at the club, and the Sky Bet League One side fully deserved this scalp as an own goal from Saidy Janko (52) and strikes from Scott Fraser (64) and Jake Hesketh (82) did the damage.

Forest substitutes Lewis Grabban (70) and Arvin Appiah (90+2) kept Forest in the game but they rarely put Burton, who also missed a first-half penalty from Liam Boyce, under significant pressure.

Burton are in the last eight for the first time, with the draw on Wednesday.