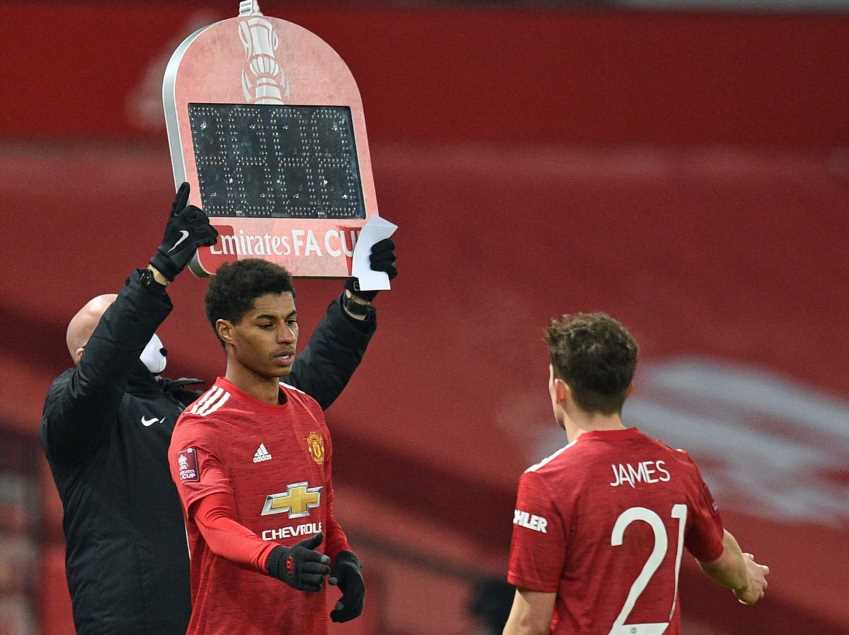 Burnley welcome Manchester United to Turf Moor in the Premier League tonight as the travelling side aim to go clear at the top of the standings.

United come into the game in second spot in the top flight, level on 33 points with champions Liverpool but behind on goal difference. If Ole Gunnar Solskjaer’s team can make it three victories in a row in the Premier League by defeating Sean Dyche’s side, they will secure top spot as the midway point of the season edges ever nearer.

United emerged 2-1 winners against Aston Villa in their last fixture in the league, having beaten Wolves 1-0 before that. The Red Devils then suffered a 2-0 Carabao Cup semi-final loss to rivals Man City but bounced back by eliminating Watford from the FA Cup in last weekend’s third-round match.

Burnley, meanwhile, are in decent form, having won three, drawn two and lost one in their last six Premier League fixtures. That run has seen them climb to 16th in the table, five points above the relegation zone, and – following their FA Cup win against MK Dons on penalties at the weekend – the Clarets will be keen to take advantage of that momentum when they host United.

Here’s everything you need to know about tonight’s game.

The match will kick off at 8.15pm GMT at Turf Moor this evening.

The fixture will air live on Sky Sports Football, and subscribers can also stream it live on the Sky Sports website and SkyGo app.

Burnley are waiting on confirmation as to whether goalkeeper Nick Pope will recover from an ankle injury in time to feature. Dwight McNeil is also in a race against time to return from a groin issue, while Jay Rodriguez, Kevin Long and Charlie Taylor are not expected to be involved.

Paul Pogba, Victor Lindelof and Luke Shaw missed United’s FA Cup win at the weekend through injury – as opposed to having been rested – but could return here. Eric Bailly is a doubt due to the neck injury he suffered in a collision with Dean Henderson against Watford, and Phil Jones and Facundo Pellistri are still out. Edinson Cavani has served his three-game ban and may well start.

Burnley are in good enough form to test United here, but the chance to go clear at the top should light a fire under a United team who have a fair bit of momentum at the moment – in spite of their Carabao Cup semi-final defeat. Burnley 0-1 United.