This was a terrible spectacle only livened up by mistakes – the costliest of which was made by Newcastle and their goalkeeper.

Martin Dubravka, who found himself caught underneath Ashley Westwood’s swirling corner two minutes before the hour, is usually so reliable but was blinded by Andy Carroll and then all at sea.

Chris Wood plundered a header high into the net largely unchallenged and the crouched Dubravka could only watch in horror. And that was that, Burnley having found a way out of their particular hole of three consecutive bruising defeats. 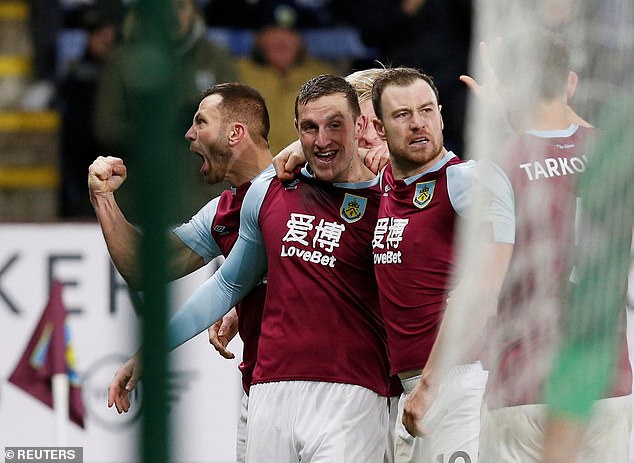 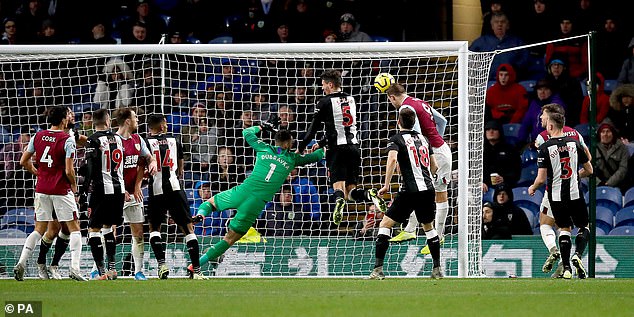 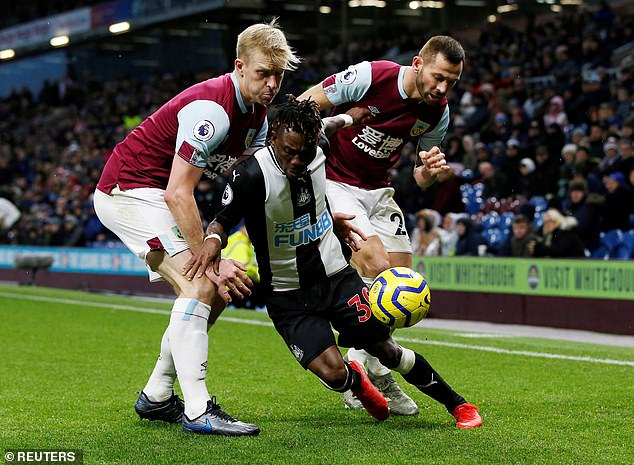 Newcastle were too unadventurous, although Steve Bruce can point to a lengthy injury list and the absence of his joker in the pack, Allan Saint-Maximin.

These are crucial points for Sean Dyche. Just a shame, really, that it was such a poor afternoon. Free-kicks won in midfield were applauded like shots on target. Corners were celebrated like goals. At one point, Ashley Barnes had possession on halfway and proceeded to boot the ball out for a Newcastle goal-kick.

To label this bleak does not begin to do the occasion, showered by sleet and hail, justice. Carroll, cruelly starved of service on his debut as captain, made just eight first-half touches. Four of those were headers, one the only real chance of note when he skewed Isaac Hayden’s wicked cross wide. 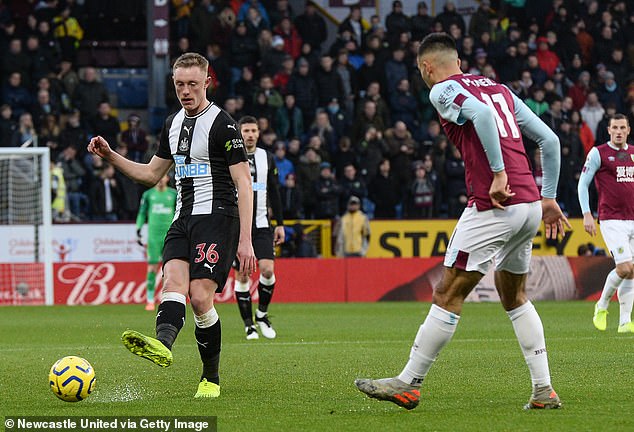 The performance of referee Tim Robinson, officiating in the Premier League for the first time, brought something of a topic to discuss. He chose to only book Joelinton after two late tackles on James Tarkowski’s right ankle, the second of which appeared particularly naughty.

Despite writhing in agony, Tarkowski manfully continued, knowing that substitute Ben Gibson had suffered an injury during the warm-up. Robinson would book Carroll after his elbow smashed into Ben Mee, much to home dismay.

Turf Moor regularly howled at the rookie referee, while VAR also ruled that Paul Dummett’s handling of Dwight McNeil’s cross was not worthy of a Burnley penalty.

Robinson’s penchant for blowing so often disrupted the flow of a match that needed absolutely no help in that regard. 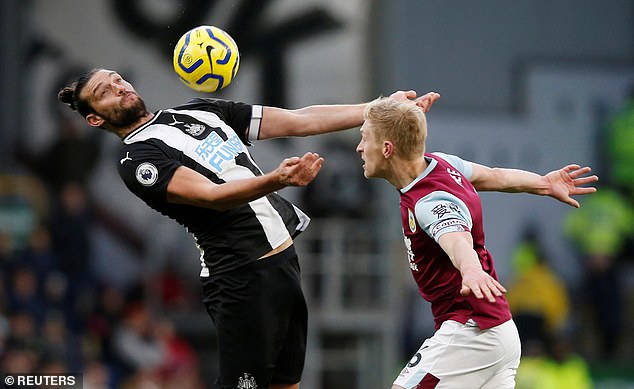 Burnley did operate at a higher tempo after the break in patches. Following Wood’s goal, his seventh of the season, Jack Cork should have doubled the lead.

Picking the pocket of the off-colour Sean Longstaff, Cork marched into the box but could only find Dubravka’s legs.

Joelinton had a wild swing that flew into the side-netting and Bruce attempted to give Carroll more support by bringing Dwight Gayle on.

Gayle missed a huge chance to equalise late on but only steered wide. They left having registered no shots on target. 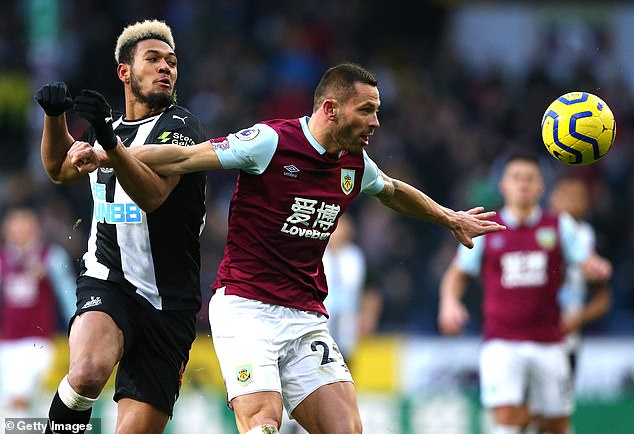 Phil Bardsley of Burnley battles with Newcastle striker Joelinton, in a hard-fought battle