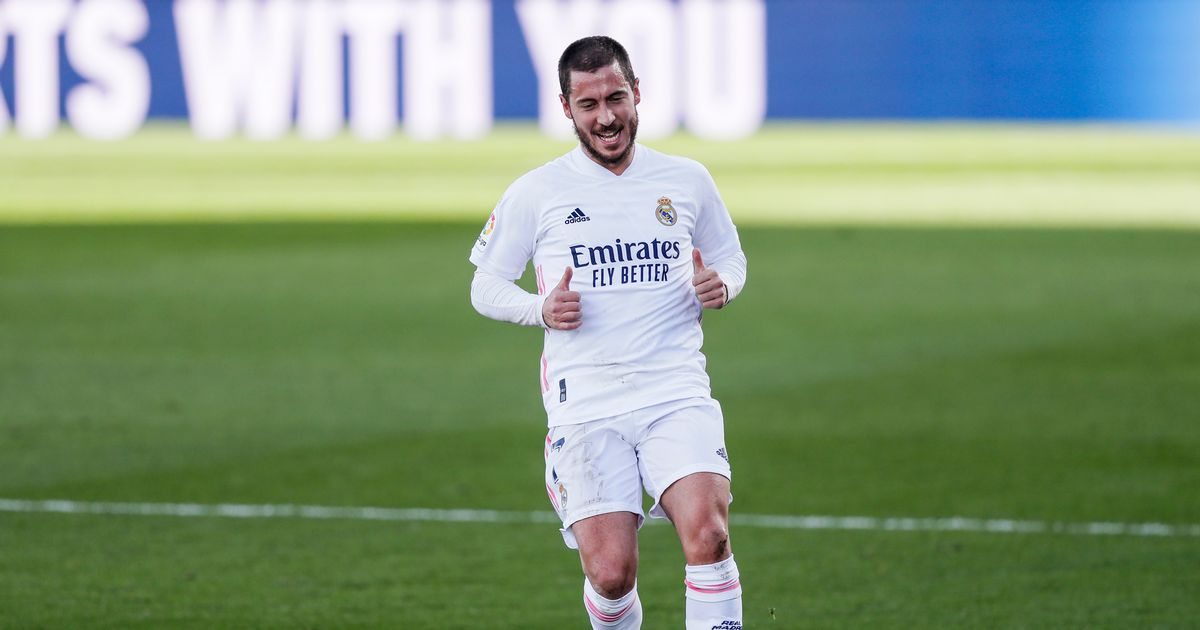 Eden Hazard has been trolled on Twitter by Burger King after the Belgian was forced to sit out of Real Madrid training last week.

The 30-year-old has endured a difficult time in the Spanish capital since his mega €100million move from Chelsea in 2019.

He has missed 44 matches for Real due to injury and was mocked after he turned up to pre-season training overweight last summer.

His problems have continued this season with a recent thigh injury which has ruled the winger out until at least mid-March.

But it's Hazard's weight issues which have garnered the most press and it's a matter which caught the attention of Burger King too. The fast food giant landed a whopper on Twitter they responded to speculation about Hazard's absence from training.

The tweet has been liked by over 30,000 people since it was posted on Tuesday, while it has received over 25,000 retweets.

Hazard did not respond to Burger King's subtle dig, but it's unlikely the Belgium international will have seen the funny side.

Real Madrid's record signing has endured a torrid time since his move to the Bernabeu in the summer of 2019.

He has made just 35 appearances in all competitions for Los Blancos, while his goal involvement figures make for sorry reading.

But in Spain that figure has fallen to just four goals and seven assists, showing a marked decrease in performance.

His latest injury will mean more time on the sidelines for a player who has yet to live up to his potential in the Spanish capital.