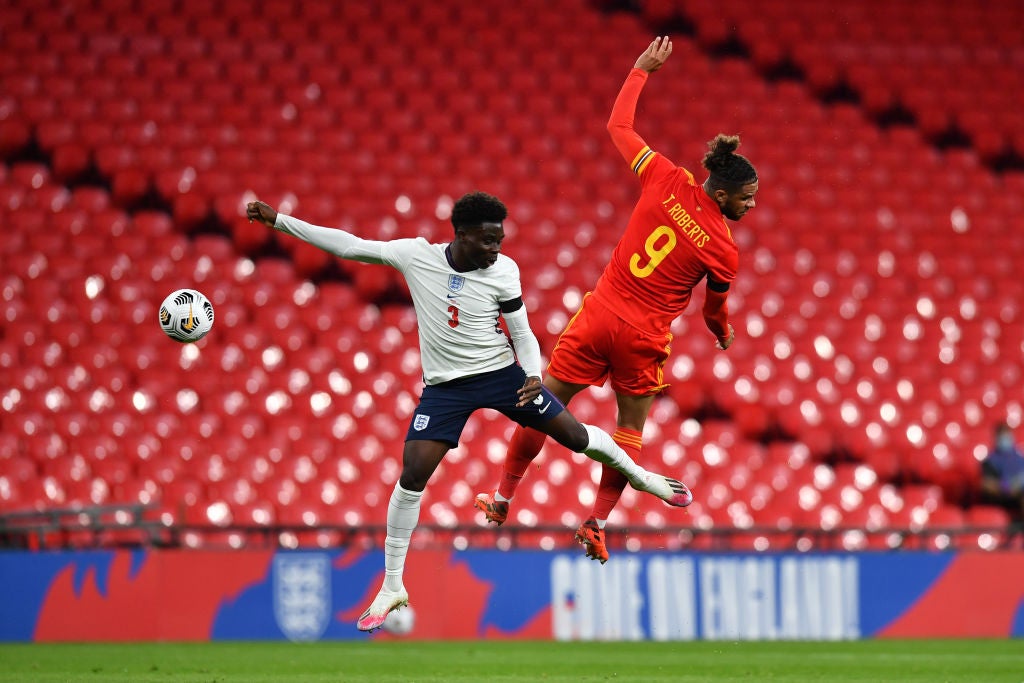 His performances had already seen questions put to England boss Gareth Southgate about a potential call-up – and that finally came for the Wales game and forthcoming Nations League fixtures at home to Belgium and Denmark.

“No, I couldn’t have imagined it,” he replied when asked if he could have dreamt he would be playing for England a year after his eye-catching display in Germany.

“Frankfurt, I still remember it like it was yesterday, it was a very special night and a dream come true to make my debut and score for Arsenal.

“Now it is another dream come true to make my debut for England and hopefully it can be the first of many.

“Putting the shirt on was a very special moment. When I put it on before the game I remembered all the times I put it on in the youth team and this one was just different, so special for me.

“To play at Wembley, there’s no fans but in front of the manager and such high quality players is a special moment.”

Saka will be hoping to retain his place for the visit of the number-one ranked team in the world in Belgium – who are next up for Southgate’s men on Sunday evening.

But he feels there is a long way to go before he can start to believe he may be included in England’s Euro 2020 squad next summer.

“I just have to try and play my best every week and try and impress the boss while I’m here in the camp,” he added.

“Obviously when I go back to my club (I need to) try my best every week and see what happens. I don’t want to say anything now because of course it is too early to say stuff like that.

“I’m happy with the performance, there’s a few things I can improve, but I’ll take confidence from this because it is always a special moment to play for my country.”