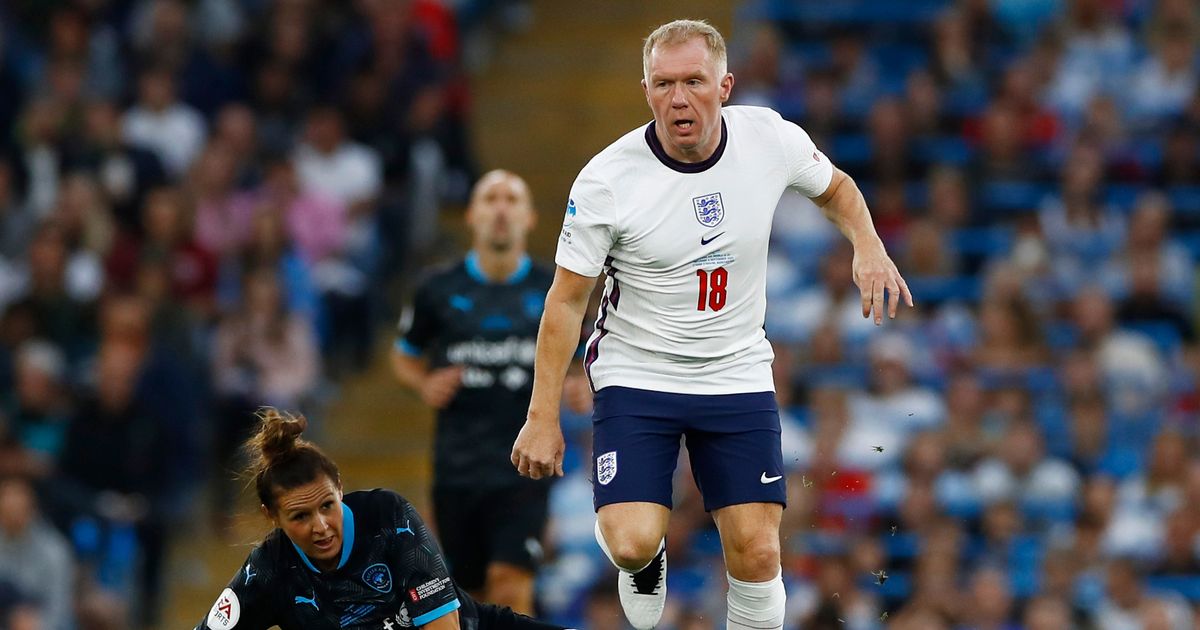 Scholes rolled back the years as he and Wayne Rooney ran the midfield for England against a World XI in the annual charity match in aid of UNICEF UK.

The likes of Usain Bolt, Gary Neville, Jamie Carragher, Mark Wright, Tom Grennan, Harriet Pavlou and Yungblud also starred in the match, which raised a record £13million to help children around the world.

But Scholes showed he was still on top of his game at the age of 46 as he pulled the strings in midfield – including a dazzling Rabona pass to switch play in the first half.

And United fans saw enough to want him in Ole Gunnar Solskjaer's engine room in place of the much-criticised Fred, with others impressed by Darren Fletcher's display for the World XI.

"Anyone at @ManUtd thought about getting Paul Scholes in to replace Fred?" one supporter wrote on Twitter, with another posting: "Paul Scholes and Darren Fletcher Both playing like they can still play, get them in the United midfield instead of Fred.

"Sign Scholes better than Fred," wrote another, while one tweeted: "Scholes at 46 still looks better than fred."

And another said the 11-time Premier League champion would still be better than any of United's current options, tweeting: "Paul Scholes would still be a better option than Pogba, Fred or McTominay at Man Utd. What a player."

What is Ole Gunnar Solskjaer's best midfield this season? Have your say in the comments below

United fans also called for Rooney to come out of retirement – despite England's record goalscorer missing a late chance to get his side back into the game.

The two Red Devils legends were playing together for the first time since the opening day of the 2012/13 season – which proved to be the final campaign for both Scholes and legendary manager Sir Alex Ferguson.

United went on to win the Premier League title that season – but their wait to be crowned champions again since then continues.

Before Saturday night's match, Soccer Aid had raised more than £36m since it was started in 2006.