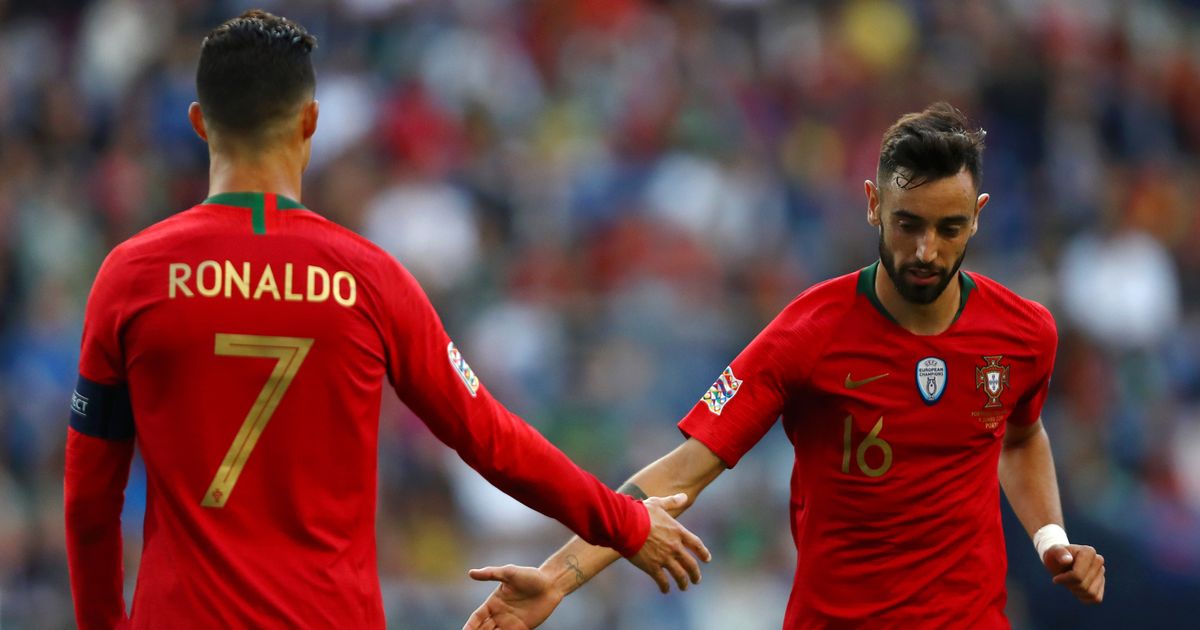 Bruno Fernandes has played down the importance of Cristiano Ronaldo's role in his move to Manchester United last season.

Fernandes had been linked with a switch to the Premier League for some time before the Red Devils finally swooped in January last year, landing the Portuguese for an initial £47million.

It was widely regarded at the time that former United superstar Ronaldo played a starring role in the transfer, with Fernandes previously admitting that he sought advice from his Portugal team-mate.

And although the midfielder was delighted that Ronaldo backed his move, he says he would have still linked up with Ole Gunnar Solskjaer's side without the advice.

He told NBC Sports of discussions with Ronaldo: “Yeah, I spoke with him because he knows the club better than me.

“He gave me some advice. It was important for me. I think I would have joined the club anyway but when you speak with Cristiano it's always better.

“We just spoke about the club, how it’s so big and how it would be good for me. The opportunity I would have to join such a big club. To have a chance to fight for my trophies. This is the biggest advice he gave to me.

“He said: 'Just go, enjoy it, you will love the fans, they will love you so just try to enjoy your game and the best of you will come'.”

Meanwhile, Fernandes has also called on United to stop making "the same mistakes" as they crashed out of another semi-final.

The Portuguese experienced his third semi-final defeat in less than a year as a United player on Wednesday night, when Ole Gunnar Solskjaer's side went down 2-0 to neighbours Manchester City in the Carabao Cup.

"I’m very sad and disappointed to once again don’t reach a final," Fernandes posted on Instagram on Thursday evening.

"We have a lot to fight yet but we have to learn and understand that we can’t make the same mistakes anymore. We need to make an effort to further improve and be able to fight for trophies!"