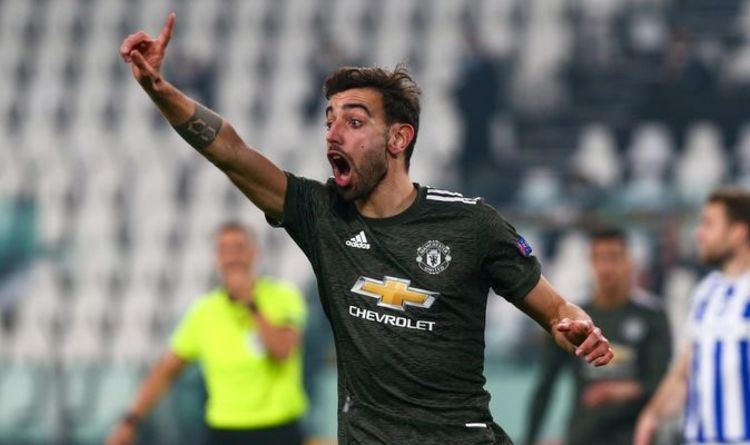 Bruno Fernandes may already be Manchester United’s most important player having excelled in his first year at the club, but two Old Trafford icons are not prepared to accept comparisons with Eric Cantona just yet. Fernandes was on the scoresheet for United once again on Thursday night, bagging a brace as they recorded an impressive 4-0 win over Real Sociedad in the first leg of their Europa League last-32 tie.

It was yet another example of Fernandes’ growing influence at United ever since he joined from Sporting Lisbon in January 2020.

He’s now been directly involved in 53 goals (33 goals and 20 assists) in just 58 matches in all competitions.

Fernandes’ immediate impact at United has seen him likened to club legends of the past.

Cantona has long been tipped as United’s greatest signing in the Premier League era, but Fernandes is now being spoken about by some fans in a similar fashion. 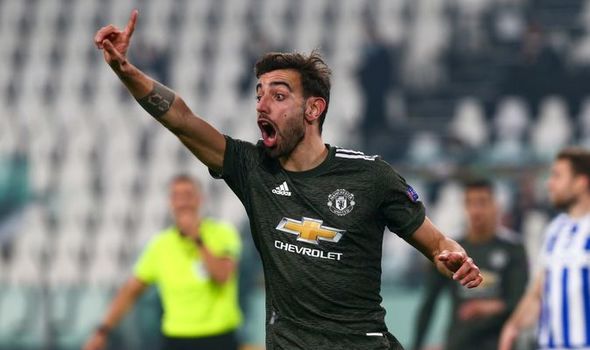 However, Roy Keane and Steve Bruce are not ready to give Fernandes such high praise just yet.

The current Newcastle boss spent four years playing alongside Cantona at United where they would go on to win three Premier League titles during that spell.

Cantona has been touted as kickstarting United’s years of dominance in the Premier League under Sir Alex Ferguson.

And Bruce believes Fernandes needs to start winning trophies before people can compare him to Cantona.

“What you have to judge people on over a period of time is what they’ve won. Certainly, Eric for us, was the catalyst to go and win things,” Bruce said.

“The way Fernandes has played in the last 12 months, it feels a bit like Eric because it’s his stage. Eric adored everything that went with playing for arguably the biggest and best club in the world.

“Fernandes has done fantastically well in doing that, it’s his stage. For it to be even suggested that he’s on the same hymn sheet as Eric is a wonderful compliment to him.

“Now they have to go and achieve and win things the way Eric did, and on big occasions win cup finals and semi-finals. If he does that then of course you can compare him to Eric.” 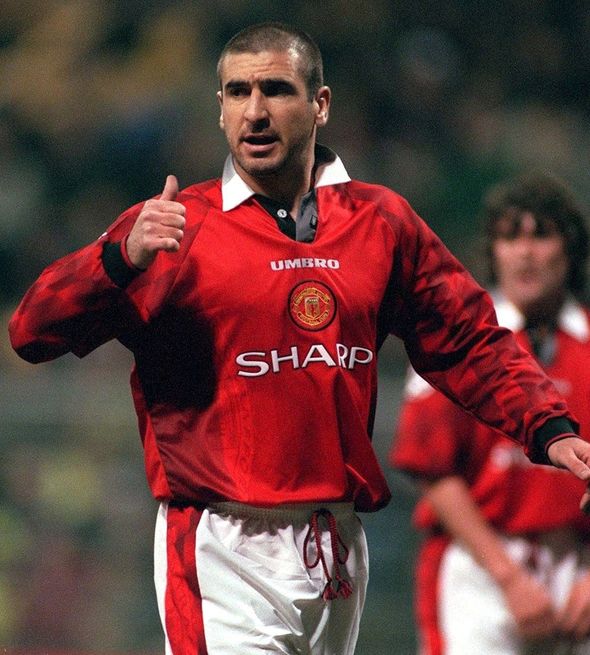 But Bruce’s comments echo that of Keane, who earlier this month said that he wants to see more from Fernandes in the big games.

“It’s not easy winning football trophies. Fernandes has had great praise, over the last few months, people have been comparing him to Cantona,” Keane said.

“But Fernandes didn’t really do much tonight; the top players turn up on the big occasions and that’s what the Cantonas used to do and get their hands on the trophies.

“They probably need one or two more players to come into the squad, no doubt, and the mentality – they need probably the confidence of winning a semi-final to get them over the line and then you need momentum, but they didn’t have it tonight.”