Steve Bruce will talk to Miguel Almiron after hitting out at his ‘two-bob’ agent for claiming the player wants to quit Newcastle United.

The Paraguayan’s representative, Daniel Campos, said this week that the forward would have left the club already had it not been for Covid-19, suggesting he is not being used in his best position.

And it has incensed Bruce, who did not hold back when asked about the comments on Friday morning. 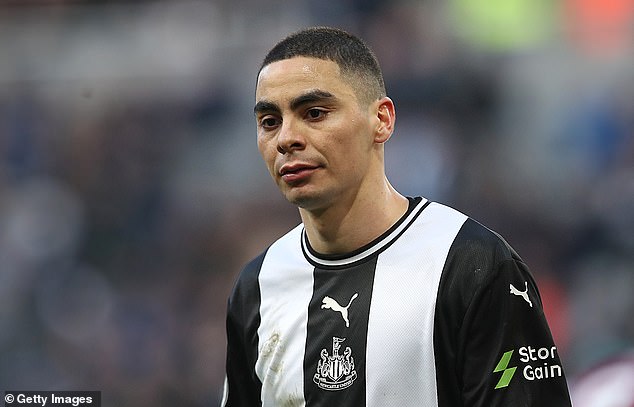 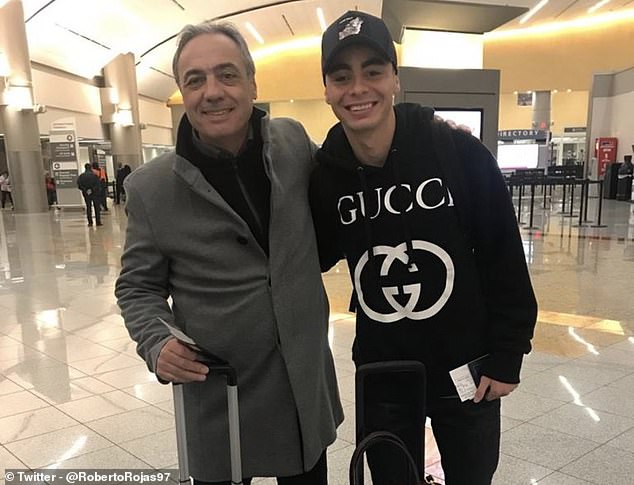 ‘I couldn’t miss them, they were that outrageous they bordered on ridiculous,’ he said. ‘It’s a two-bob agent being amateurish. Why would you put your client in that position? Why would you do that to Almiron, who I’ve had the pleasure of working with for the last 15 months? If he came knocking on my door saying there was a problem, then I’d listen.

‘It is hugely disrespectful to all of us, and the club in particular who have served Miguel so well. He’s a great kid, but his agent leaves a lot to be desired.

‘Miguel has only just got back (from international duty) and I will have a conversation with him, of course. He’s an unbelievable pro and appreciates what the club has given him.

‘The agent, it just proves to me he is trying to make a fast buck again and it’s ridiculous.’ 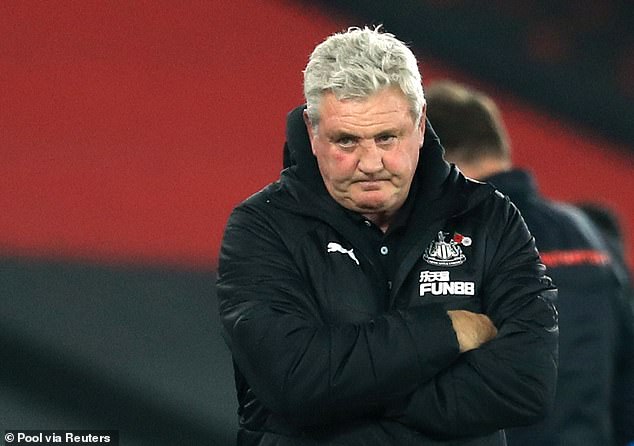 The comments incensed Bruce, who did not hold back and hit out at Almiron’s agent

Speaking on on Paraguayan radio station Futgol 970 earlier this week, Campos explained Almiron may ‘make the jump’ in the summer with his current club’s style of playing having a negative impact.

‘If it wasn’t for the pandemic, he would’ve been elsewhere,’ he said.

‘Perhaps he would like to play on a team that has a lot of possession. Maybe in June, he’ll make that jump.

‘In Newcastle, he was entrusted to play a function that perhaps isn’t the one he likes, but he (boss Steve Bruce) knows that Miguel is a multi-disciplinary player,’ he said. ‘He’s able to play in numerous positions. 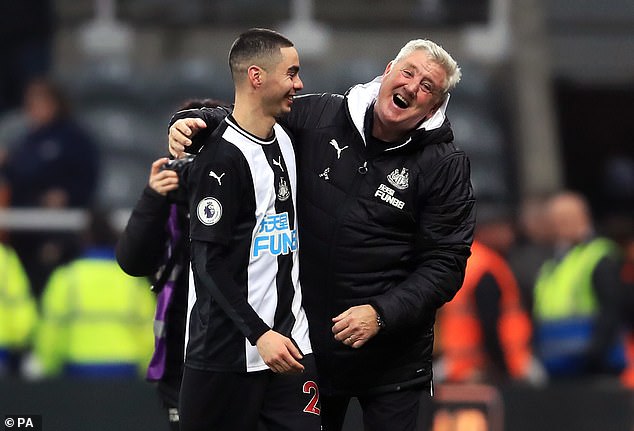 ‘That’s why all the managers have praised him, because he’s a player that, in a game, he can play in two or three different positions. He’ll always have the sacrifice, and the quality that he has is undoubted.’

Campos name-checked LaLiga side Atletico Madrid as an interested party in Almiron but they never turned their interest into an offer this summer.

Almiron moved to the Premier League in the January transfer window of 2019, arriving from MLS side Atlanta United for £20.7million, but this season game-time has been inconsistent so far with four starts from the opening eight league games. 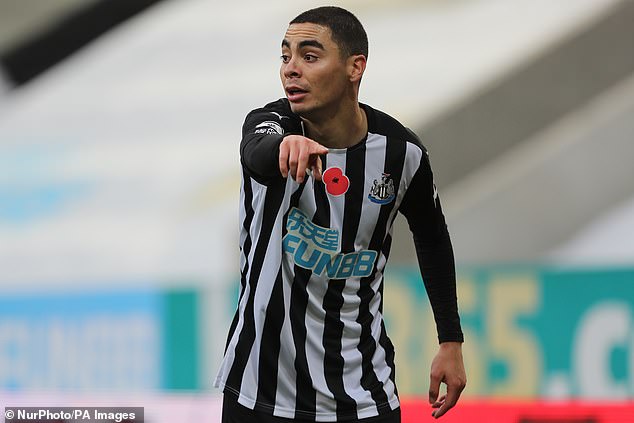