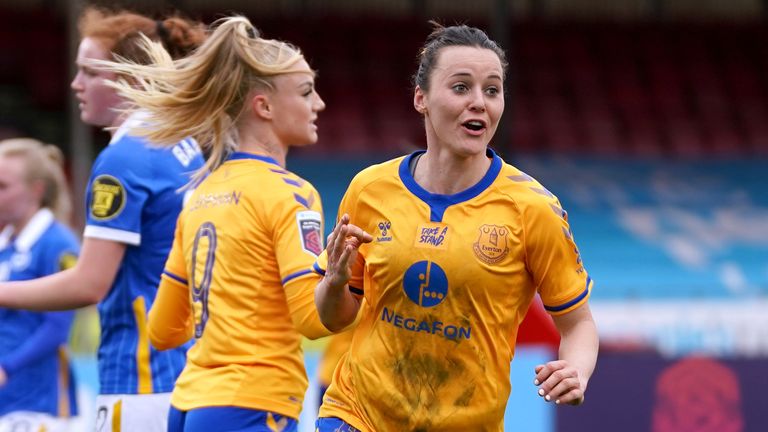 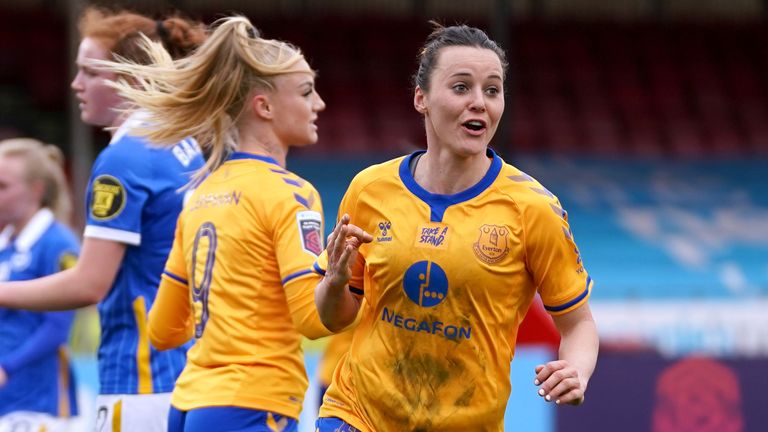 Hayley Raso scored her first Everton hat-trick as she inspired her side to a 5-0 victory against Brighton at the People’s Pension Stadium.

Izzy Christiansen opened the scoring from the penalty spot, before Raso helped herself to a treble and Simone Magill also got on the scoresheet to complete the rout.

The visitors never looked out of control as they enjoyed plenty of possession in the opening 10 minutes, with Brighton struggling to retain the ball. Everton got the breakthrough in the 24th minute when Christiansen stepped up to score a penalty after Maya Le Tissier brought down Raso in the box. Raso doubled the lead one minute later with a great solo goal as she weaved through Brighton’s back-line to find the bottom corner of the net before half-time.

It was business as usual for Everton as they came out strong in the second half. Raso helped herself to a second goal three minutes from the re-start after some sloppy defending from Brighton gifted Claire Emslie with the ball, and she lobbed it high across the area for Raso to nod home.

But it wasn’t enough as Everton continued to press hard and Magill was also on target to add the fourth. Raso’s performance was rewarded when she rounded off the scoring with a hat-trick in the 79th minute, drilling the ball into the net after Brighton failed to clean their lines.

Brighton came close to a consolation goal when Aileen Whelan struck the post five minutes from time, but Everton held on to keep a clean sheet.

Everton stay fifth in the WSL, but extend the gap to seven points clear of Brighton in sixth.