Bournemouth vs Manchester United, LIVE score – Jose Mourinho’s side look to get Premier League campaign back on track at the Vitality Stadium

The Cherries are in fine form having won six of their opening 10 matches and go into the contest three points better of than United after their indifferent start to the campaign.

Get all the updates from the south coast in the lunchtime game right here with Sportsmail’s NATHAN SALT.

Bournemouth in their iconic red and black shirts while United’s squad are in their pink away kit. Both sets of players raring to go now!

Bournemouth paying tribute as this is their closest home game to Remembrance Sunday.

Both captains – Ashley Young and Simon Francis – emerging from the tunnel with wreaths from each club. 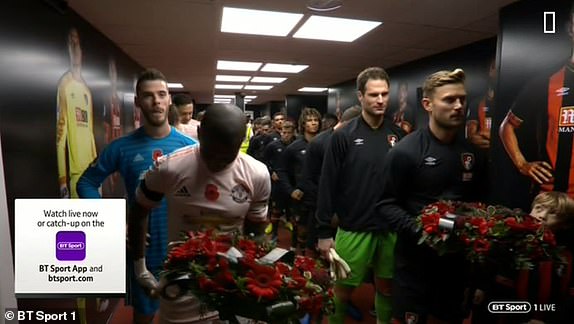 (Lukaku) Lukaku yesterday in training in the press conference he felt something which needs to be studied so he is not coming.

(Big week) It’s important but in the Premier League we need points and points are the same against every team. We are not in a place to say the next match against Manchester City is more important. We have to try and win this one.

Victory for Bournemouth would temporarily lift them into the top four and would create a six-point gap between themselves and United.

But having already lost three times already this season, Mourinho’s men have to leave the south coast with three points to close the gap on the top four with Arsenal and Tottenham facing tricky fixtures later on Saturday. 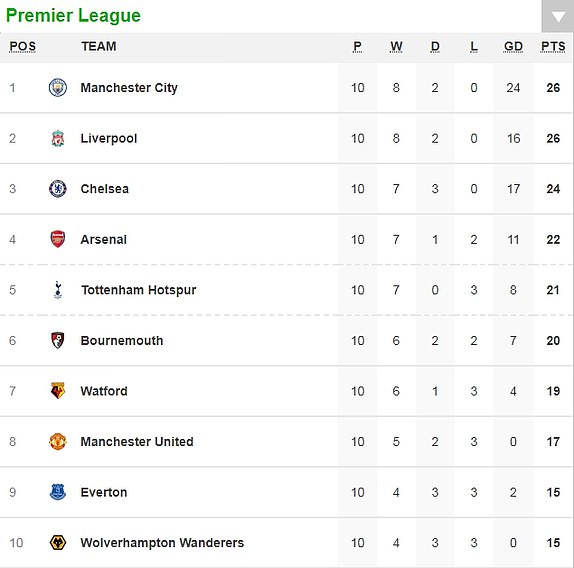 All eyes on David Brooks this afternoon…

INTERVIEW BY RIATH-AL SAMARRAI: There is an amusing tale about David Brooks that sums up why nothing can be taken for granted when it concerns Bournemouth’s talented winger.

It goes back to June 2017 when the Wales youngster was still in an England shirt and had just won the award for best player at the Toulon Tournament in France.

A few sterling names have done that — Alan Shearer, David Ginola, Rui Costa, Thierry Henry, Javier Mascherano, James Rodriguez. Good company for a skinny lad who could not get a League One game with Sheffield United — and Brooks knew it. 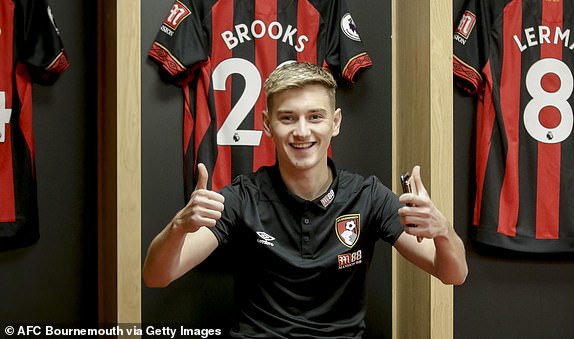 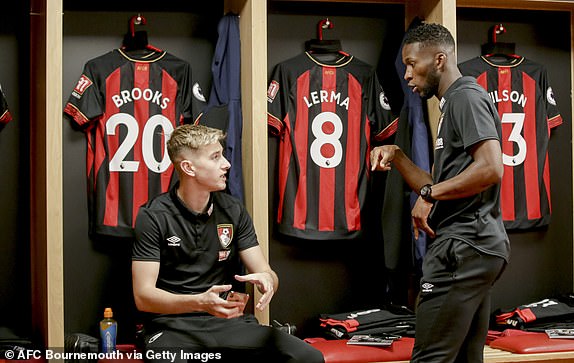 Wilson can secure England call-up with strong display against United

Wilson has been tipped for his first international call-up ahead of this month’s games against the USA and Croatia after an excellent start to the season that has seen him score six goals.

England No 2 Steve Holland will run the rule over Wilson in Saturday’s early game against Manchester United, where a good performance could persuade Southgate to call up the 26-year-old when he reveals his squad on Thursday. 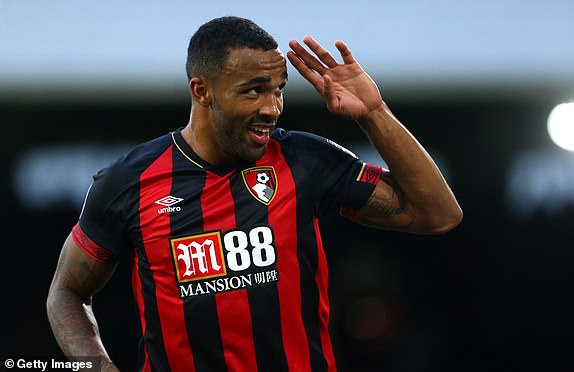 Speaking to BT Sport, Mourinho said: ‘In training yesterday, after the press conference, he felt something that needs to be studied in the next couple of days. So Lukaku has not come and we decided to start with Alexis.’

Jose Mourinho insists there is too much pressure on Marcus Rashford

The Manchester United and England forward has scored only once for his club all season and just twice since March, having spent many games out on the left wing.

United manager Mourinho recently suggested Rashford, who turned 21 on Wednesday, was ‘sad’ on the pitch but backed the academy graduate to come through his barren spell. 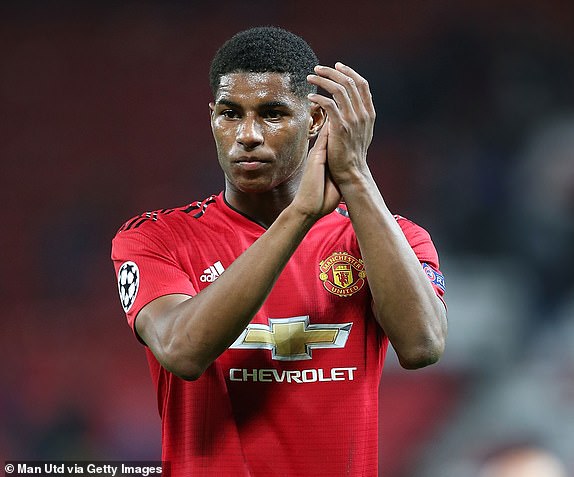 With Josh King missing out, Howe has tweaked his personnel to promote Welsh ace David Brooks from right midfield to a centre-forward role alongside the impressive Callum Wilson.

Junior Stanislas, who impressed in the midweek Caravao Cup win over Norwich City, comes in on the right wing while Simon Francis is fit enough to start – and captain – the hosts.

Your #afcb line-up named by Eddie Howe for our @premierleague game against Manchester United at Vitality Stadium!

United’s October Player of the Month Anthony Martial unsurprisingly keeps his place in the side but the big surprise is that striker Romelu Lukaku is not in the matchday squad.

He has not travelled with his team-mates to Bournemouth and it is another blow for the Belgian having been dropped against former club Everton.

Big opportunity for Alexis Sanchez this afternoon should he get the nod to play down the middle as United’s No 9.

The #BOUMUN team news is in! Here's your #MUFC starting XI… pic.twitter.com/Ovq4Vfd3qE

Victory over last time out was much needed for Jose Mourinho and his side. Paul Pogba fluffed his penalty but netted the rebound while Anthony Martial, who could have scored a hat-trick, scored as he continues his fine form in front of goal.

It is a different proposition this lunchtime though. Bournemouth are flying high and will be keen to wipe off those smiles on the visitors’ faces pre-match… 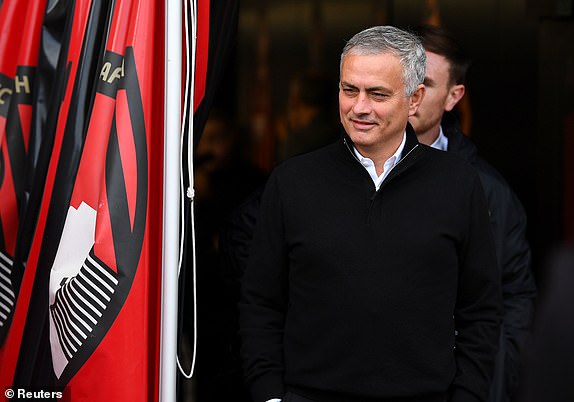 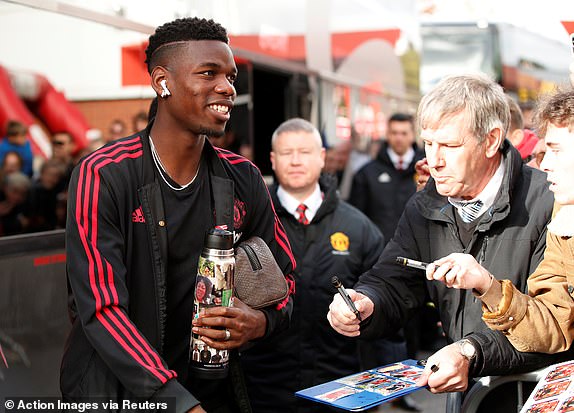 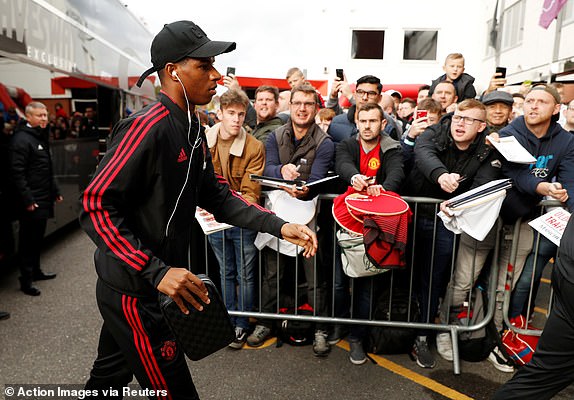 Hello and welcome to Sportsmail’s live coverage of Manchester United’s trip to the south coast to take on Bournemouth.

Eddie Howe’s Cherries are one of the form sides in the division and will fancy their chances of adding further misery to United following their indifferent start to the campaign.

Kick-off is in an hour’s time so stick with me as we build up to what is billed as a lunchtime cracker!