Bournemouth manager Eddie Howe has challenged his fringe players to take their opportunity against ‘dangerous’ Norwich in the Carabao Cup.

The Cherries won 3-0 at Fulham on Saturday to continue their impressive start to the campaign, which sees them sixth in the Premier League.

With Norway forward Joshua King the only certain absentee as he continues to manage an ankle problem, Howe has plenty of options ahead of the fourth-round clash at the Vitality Stadium. 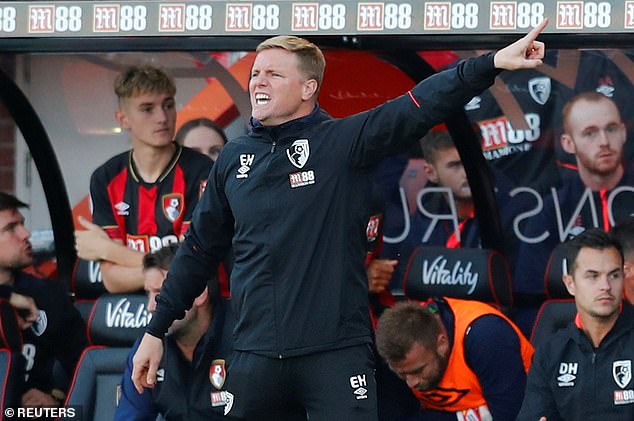 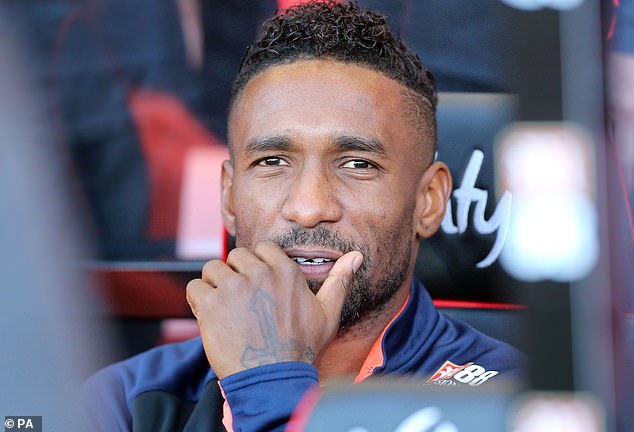 Veteran striker Jermain Defoe is one of those likely to be drafted back into the starting XI for the visit of the Canaries, who have won their last three Sky Bet Championship matches to maintain a place in the top six.

Howe hopes whatever side he sends out on Tuesday night will produce the required performance.

‘We have nice problems, the team is not an easy one to pick at the moment and that is why we are winning,’ the Bournemouth manager said.

‘That is a really healthy position to be in. It means players around the team are performing really well and giving me selection decisions to make. That is the ideal situation and is why were are being successful at the present time.

‘The challenge is for the players to keep that consistency, that professionalism if they are not in the team, and tomorrow gives an opportunity for some of those players to really stake their claim.’

Bournemouth are unbeaten in their last four league matches and saw off Blackburn in the last round, thanks to Callum Wilson’s 94th-minute winner in a 3-2 victory.

Howe added at a press conference: ‘There will be changes to the team, how many, you will have to wait and see, but I think it is important we back the quality of the squad.

‘I believe in every single one of the players so much and know what they are capable of. In an ideal world the ones who are picked will go out, perform and we make it through the next round.’

Howe, though, is not expecting an easy ride against Daniel Farke’s well-drilled team, now sitting just two points off the top of the table.

‘We know how difficult it will be,’ the Cherries boss said. ‘Norwich are flying high in their respective league and are in really good form, so we know it is a dangerous game for us. 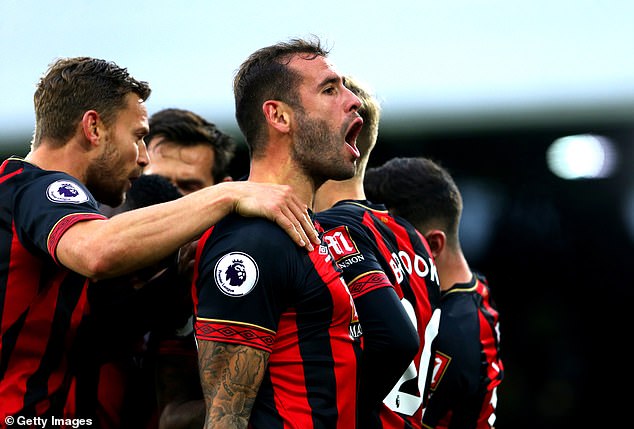 ‘They have an open, attacking philosophy with a high pressing game, so we have to be very careful that we don’t drop our standards.

Howe wants full attention on the job in hand on Tuesday night, rather than any thoughts drifting towards Saturday’s upcoming Premier League test.

‘We have a tough game against Norwich and we have to focus on this game, not look too far ahead to the Manchester United game. That would be my message to the players this week,’ the Bournemouth boss said.