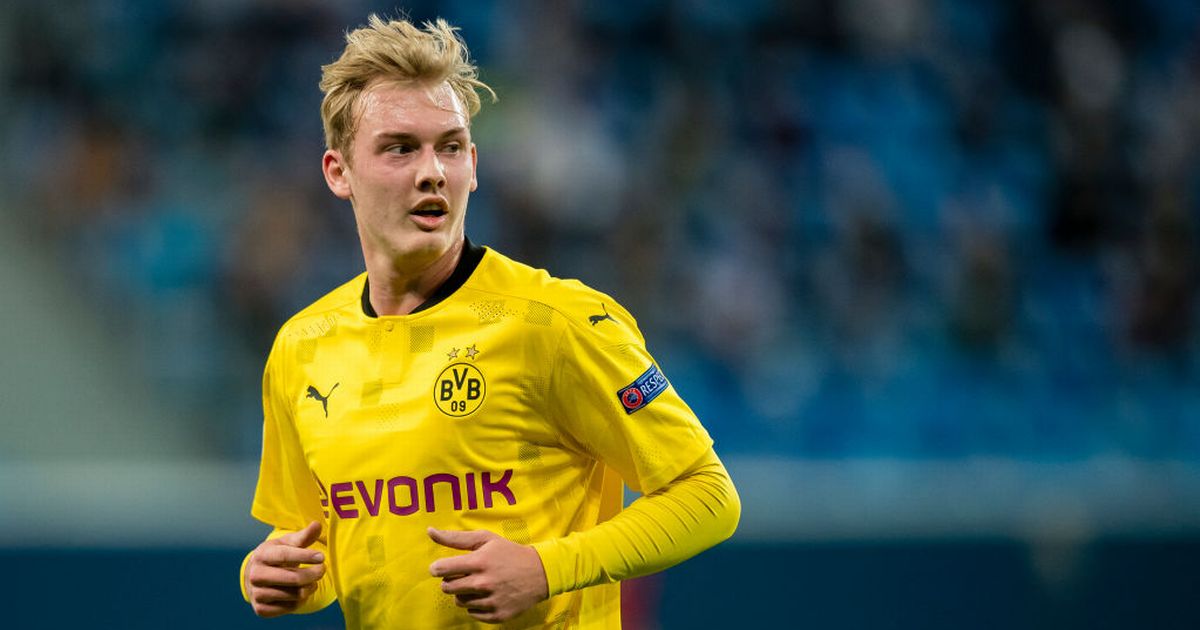 Borussia Dortmund are reportedly willing to sell Julian Brandt this month with Arsenal believed to be interested in the midfielder.

Brandt has started just six Bundesliga games this season and appears to have fallen down the pecking order.

It has led to thoughts that the 24-year-old could be on his way out with Arsenal keen on a move.

Mikel Arteta is believed to be eager to add another midfielder to his squad, while also looking to trim his options down.

And BILD claim that Dortmund would be willing to sell this winter, though the club have regularly insisted a transfer is not on the cards.

Reports had previously suggested that Brandt is tempted by a move to Arsenal following his lack of regular starts at Dortmund.

The Gunners are keen on signing a creative midfielder with Mesut Ozil on his way out of the Emirates.

Arsenal chief Edu recently admitted: “It’s quite clear what we need. We need a player with creativity in the middle, we don’t have that in the squad right now.”

Though Lucien Favre, who recently left Dortmund, backed Brandt to redsicover his form at the Bundesliga giants.

“People say that he’s not in the best form lately and has had some bad ball losses but I don’t think he’s played that badly,’ he said shortly before his exit.

“Tactically speaking, he runs very well in behind the opponent’s lines. That’s why he plays as a striker sometimes.

“He is quite fast and can run deep. We need that and he can do it very, very well.”

And Borussia Dortmund sporting director Michael Zorc added: “We know that Julian can play better than he has been recently. The important thing is that he continues to work on himself.”