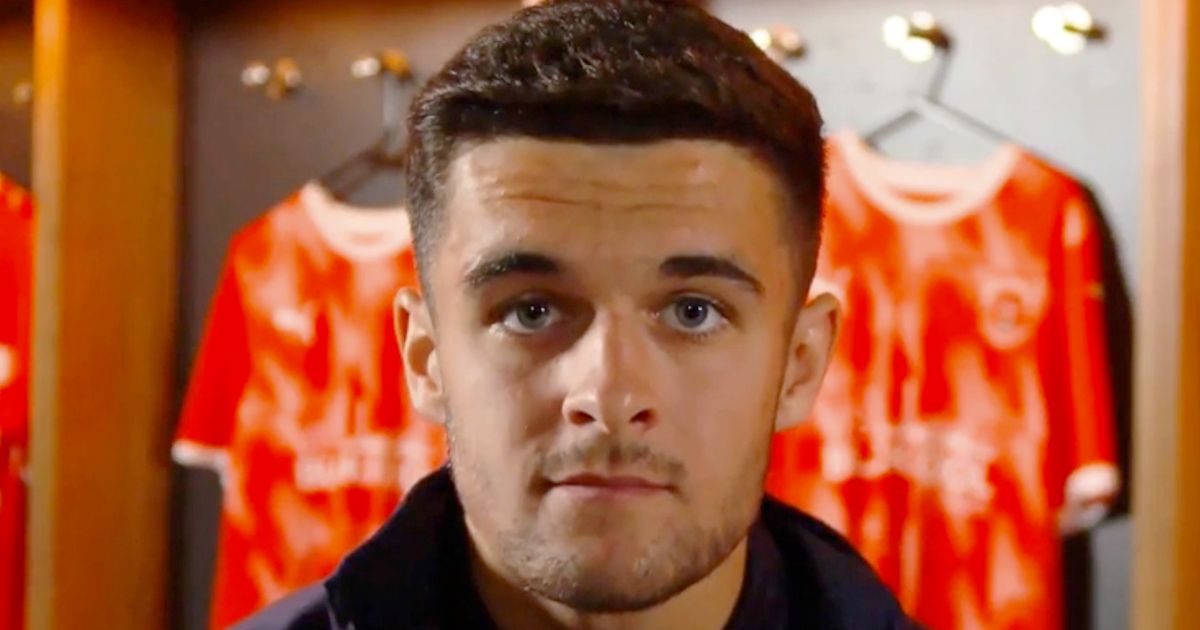 Blackpool star Jake Daniels has bravely come out in a TV interview, becoming the only current openly gay male professional footballer in Britain.

Daniels, who only made his Blackpool debut earlier this month, made the announcement in an interview with Sky Sports, confirming he had the backing of his club and team-mates.

Daniels, 17, joins Josh Cavallo of Australia's Adelaide United as the only current male players who have come out as gay. Justin Fashanu also came out during his career while players have come out after their playing days had finished including ex-Aston Villa ace Thomas Hitzlsperger and former Hull City youth player Thomas Beattie.

Daniels, who signed with Adidas earlier this month, said: "Now is the right time to do it. I feel like I am ready to tell people my story. I want people to know the real me.

"I have been thinking for a long time about how I want to do it, when I want to do it. I know now is the time. I am ready to be myself, be free and be confident with it all.

"Of course I am aware that there will be a reaction to this and some of it will be homophobic, maybe in a stadium and on social media.

"It's an easy thing for people to target. The way I see it is that I am playing football and they are shouting stuff at me, but they are paying to watch me play football and I am living my life and making money from it. So shout what you want, it's not going to make a difference.

"I won't stop people from saying that stuff, I just need to learn how to not let it affect me."

The teenager has enjoyed a remarkable season on the pitch, scoring 30 goals at youth level and enjoying a first-team debut with an appearance off the bench against Peterborough. But he explained how he felt at one point that being gay and a footballer "didn't mix".

He said: "At that age you don't really think that football and being gay doesn't mix. You just think, one day, when I'm older I'll get a girlfriend and I will change and it will be fine.

"But as you get older you realise you can't just change. It doesn't work like that.

"I did have girlfriends in the past, to try and make all my mates think I was straight, but it was just a massive cover-up. In school people even used to ask me: 'Are you sure you aren't gay?'. And I would reply, 'no, I'm not'.

"I wasn't ready and it was a struggle but I just don't want to lie any more."